Jillian Michaels is Our Fitness Hero 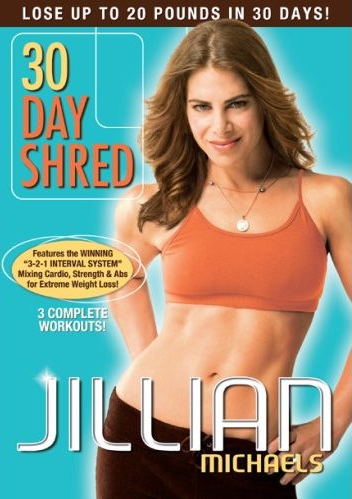 We have mad love for Jillian Michaels on this part of the Internet. So getting to meet her in person — and preview her new workout for the Wii, Fitness Ultimatum 2010 — was a dream come true for me.

I first heard of Jillian when she became one of the stars of the huge TV hit, “The Biggest Loser.” Then I started seeing Twitter chatter about Jillian’s 30 Day Shred workout. Convinced by the Twitter buzz and by the “Shredhead” support groups popping up online, I took the 30 Day Shred plunge. And I was converted.

I have never been the DVD-workout type, much preferring to go to a gym. But this workout? Effective and efficient — it’s only 20 minutes long and all you need are the DVD and a pair of light weights (I use a 3 pound version of these weights). I saw improved definition in my arms after two (2!) workouts. My friend, Lindsay, saw results right away as well. 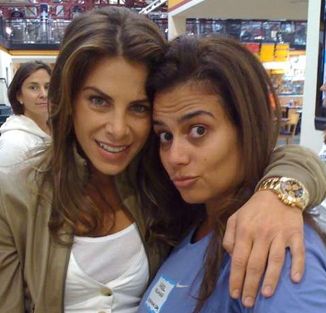 So, lucky me when I got an exclusive look at the new Jillian Michaels Wii workout, Fitness Ultimatum 2010. I was all over that event especially since Jillian WOULD BE THERE demoing the new product. Aayyyeee!

Of course, I harassed Jillian as soon as she arrived, telling her I was a Shreadhead and forcing her to take a photo with me.

I was also  able to try out the Wii workout, which was fun (set on a Pacific Island because Jillian loves Lost) and for the next several days I could not walk. That workout targeted my inner things, hamstrings and glutes differently than the 30 Day Shred workout or running has. Once I get my free Wii copy (again, lucky me!) which is released on October 6th, I will be alternating this workout with the 30 Day Shred and running on the treadmill.

Jillian mentioned Shredheads and ME! in a tweet after the event. This made my day!

She also mentioned the Shreadheads in an appearance on QVC this past weekend.

And, to top it all off, she’s really nice in person.

Geesh, Bossy hasn’t had stomach muscles ever. Maybe it’s not too late.

Guest
Musings of a Housewife

So much fun meeting you at this event! Off to join Shredheads. 🙂