Twitter Facebook Pin It Email Article
Prev When Should My Toddler Sleep With a Pillow? Next Creating a Family Manifesto 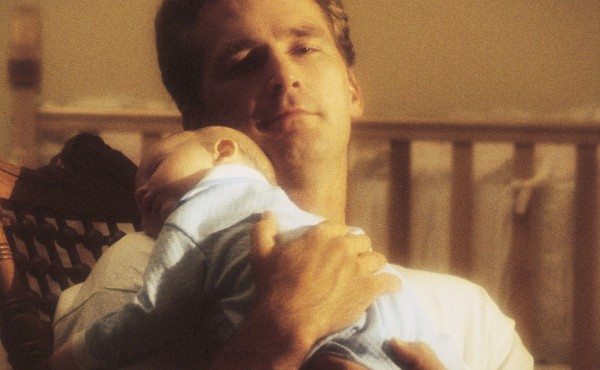 How Important is the Bedtime Routine, Really?

My daughter is five and a half weeks old. After a rough start to breastfeeding, we finally got the hang of it and she finally made it over her birth weight, so our doctor gave me the go-ahead to stop waking her up at night to feed her. I was pleasantly surprised to find that if we fed her and put her down around 10:30 pm, she would sleep happily until 4:00 am. This is an awesome amount of sleep. However, our doctor also suggested establishing a bedtime for her now, and I know how important it is for babies to get enough sleep and how essential a bedtime routine is.

A week ago, we started trying to put her down between six and seven. Some days we’d get the timing right and she’d move from the boob to the bassinette without protest, and other days it took several tries and she probably didn’t fall asleep until 8:30. Regardless of when she fell asleep, she would wake up at 10:30 to eat, and then again at midnight, 1:30, 3:00, 4:15, 5:00, and 6:30. She’s not a fast eater, either, so as you can imagine none of us were getting much sleep.

Last night we finally caved and reverted to our old routine: cluster feeding/napping in my arms from 7:00 – 9:30, then snuggling with Daddy and getting another three ounces of formula (or breastmilk if I’ve managed to pump) right before bed at 10:30. She slept until 2:30 am, ate for an hour, and then slept again until 6:00 am. I feel like a much nicer person today!

So that was a ridiculous amount of preamble for what I hope is a relatively simple question: at what age should we try to establish The Bedtime? Will things get easier if we try again in a few weeks? I can tough it out now if I know it will get better soon, but there’s no point in making us all suffer if she’s just too young for a routine right now. Daytime napping is erratic – 20 minute naps all throughout one day, a 4-hour nap marathon the next.

Thanks for your help,
Really Really Tired

Oh my goodness, don’t you love it when doctors tell you to go obliterate a plan that’s working perfectly for all involved just because some expert out there decided what’s “supposed” to be best for everybody?

Yes, bedtime routines are important. Sleep is important — FOR MOM AND DAD TOO. At five-and-a-half weeks in, I would sooooo put you guys squarely in the “do whatever it takes” phase of newborn parenting. Seriously. She’s sooooo little. There is sooooo much time to worry about this later. You are not going to irrevocably damage her by going with what works for you guys, for right now. Table the whole earlier bedtime thing for later, and the next time your doctor asks you if you have a routine, say yes, because you DO. So what if she’s going to bed at 10:30? The whole cluster-feeding/daddy time/bottle routine still sounds like a routine to me.

It also sounds — if this will make you feel any better — EXACTLY what we were doing around that age. I remember Noah’s doctor pulling the ROUTINE! BEDTIME! SET SCHEDULE! freak out on me when he was six weeks old and I nodded and blinked at her, like, lady, you don’t even KNOW how little I care about this topic right now. We continued to let Noah set his feeding/sleeping schedule and didn’t ever really force a “set” bedtime until I went back to work at 12 weeks or so. Though by that point, it was pretty clear what his cues were and an 8 pm bedtime just…kind of happened, without any kind of big huge production of a “routine.”

Now Ezra WAS a baby who benefitted greatly from a bedtime routine — at FOUR MONTHS OLD. We were co-sleeping, which I know is not what you’re doing, but when you co-sleep you’re already technically breaking so many “rules” in favor of doing what works for you that it’s super easy to roll your eyes at doctors rambling on about trying to force an infant to sleep at 6 pm. For his first three months or so, bedtime was something like this: a couple hours of cluster-feeding from dinner on, the occasional topping off with a bottle around 10 pm, swaddling, dozing in the swing or bouncy seat until that first waking, at which point I’d bring him to bed with me and we’d conk out until 4 or 5 or whatever. It worked. I was tired, but not a zombie. It was a hell of a lot better than those awful hourly wakings you describe and I remember and would do ANYTHING ON EARTH to avoid.

Somewhere between three and four months, we decided to transition to the crib and started a bedtime routine of bath, book, boob, lullaby, then down to bed with a lovey by 8 pm or so. And it worked beautifully, just like you hear it’s supposed to.

But that’s the thing everybody should know: IT DOESN’T WORK FOR EVERY BABY. Some babies neeeeeeed the routine and some babies are indifferent to the routine and some work out their sleep on their own and some are craptastic sleepers for months and months and months no matter what you do. And if you end up with a baby like that, you continue with the mantra of “WHATEVER IT TAKES” for everybody to at least get the maximum amount of sleep possible, even if you have to break a few sacred “sleep rules” along the way. If it works for you, it works for you. As long as it doesn’t involve spiking the baby bottle with whiskey, don’t sweat it.