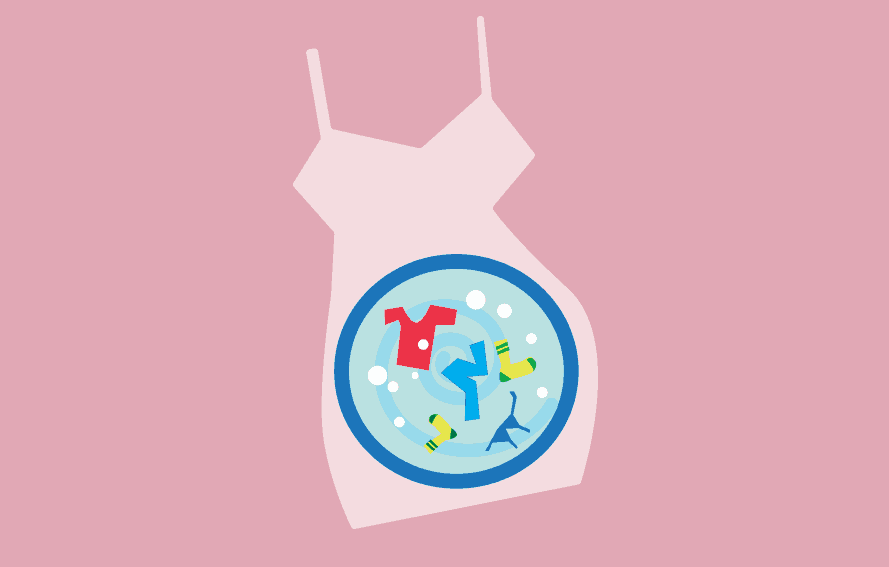 I don’t feel like I personally have that much to report this week. I flew from Washington, DC to California for a few days, where I spent the first day telling anyone who would listen about HOW MUCH BETTER I WAS FEELING, OH I HAVEN’T THROWN UP IN DAYS AND I REALLY FEEL MY ENERGY RETURNING. Then I returned to my hotel room after dinner and proceeded to yak up everything I’d eaten that day. And then I went to bed and slept for 12 straight hours.

Air travel is perfectly safe for most pregnant women, really, but you should always tell your doctor about any trips in case he/she does think there’s a risk involved for you. Try to request an aisle seat, both for easier potty access and for regular short walks up and down the aisles. Pregnant women are more vulnerable to that deep-vein thrombosis thing, especially on longer flights at higher altitudes. So don’t cross your legs while seated and get up to move around at least once an hour. Trust me, the movie probably sucks and you’ve seen that episode of 30 Rock like a dozen times.

When I got home, Jason couldn’t get over the size my belly, which definitely seemed to pop a little further while I was gone. Some of my bump’s size can still be blamed on bloating (and I am SO SURE that my dinner of airport McDonald’s had NOTHING to do with it), but I am definitely showing already, much more than I did last time. With the exception of one lonely pair of stretchy low-rise jeans, I am in elastic waistband land and feeling rather lumpy. I’m also going to say that I’m noticing that general sort of pregnancy “spread” — my upper arms and face look fuller, as do my thighs.

So that’s where I’m at, at the end of week 14. Still occasionally gagging or puking, but not that much. Slight headaches but no migraines. Food cravings and aversions are settling down. Am expert at finding baby with the doppler. Looking a lot more pregnant and feeling a little more human. Nails? Great. Hair? Just okay. Skin? Ugh. Still tired as hell, but hey! What’s that? Why, it’s my libido! I was wondering where that went. Hi, husband, don’t you just looooove my physique? Yes? Great, now get yo’ pants off.

Oh Yeah, THIS: Ah, the second trimester. I love you so, second trimester. Even though I still have a few lone symptoms of misery that haven’t yet left me completely, I do remember the unadulterated joy that comes with suddenly realizing that you totally don’t feel like warmed-over ass 100% of the time! It’s only, like, 43% of the time now! Hooray! ‘Tis a pregnancy miracle.

New This Time Around: Muscle aches and pains, man. I don’t remember having this many painful knots in my neck and back last time. I don’t remember my tailbone hurting quite this badly until much, much later last time — like third trimester later. I’m sure I could blame some of the pain on just being flat-out older this time around, but I think the classy thing to do would be to go ahead and blame all of it on my ungrateful 30-pound toddler who still wants Mama to carry him places, can you believe the nerve of that kid.

Okay. SERIOUSLY? You have made me feel 100 times better that I’m still carrying my toddler around. Now, she is a scrawny 25lbs – so not as daunting. BUT STILL. I can’t bring myself to stop because I know I won’t be able to for awhile and everyone keeps yelling at me about it.
STOP CARRYING THE CHILD!!!
(So I punch them in the face.)

I have photos of me carrying my 3-year-old (on her 3rd birthday, no less) while 28 months pregnant with my son. (No, really, it looked like I was smuggling a body ball.) She weighed…I dunno, in the neighborhood of 30+ lbs. I held my son until my youngest was born (he was much younger, but holy moly was he heavy!)…and now will be carrying both of my sons until I give birth. There just isn’t any way around it. They seem to have no pity for moommy’s poor back and, in fact, seem think it makes me feel *better* to… Read more »

I will never understand the people who try to scare or guilt you out of carrying a toddler around. Sure, he can walk, and he does, but he’s still small! Big world! Short legs!
I’m not trading him in for a smaller, cuter model or anything — right now he is still my baby and like psumommy said, there’s just no way around it sometimes. And I’ll miss carrying him soon enough. In the meantime, I just demand a lot of backrubs.

And just reading your comment has me in tears, so I guess THAT phase has begun. My son is 4 and I’m 14 weeks today, and I’m terrified he’ll think we’re replacing him, AND I still pick him up. And just trying to think of what else to write had me near tears again. Hooraaay. Also, I’m either showing a LOT earlier than I did before, or I’m just really fat. There’s an old 10,000 Maniacs song with the line “Five months now, I begin to show…” You just shove off, Natalie Merchant. You don’t know my life.

Oh, WORD on the skin tags. I had a ton of them the first time around and, for me at least, they did go away once Alli was born. And it was a good thing. Because, ew. I would have spent all my money at the dermatologist to get that shit removed.

Got a little over confident with not throwing up for a whole week and a half. Apparently the baby decided today that it was not quite done yet. Well at least I know it is still in there! 🙂 Other than that I am getting some energy back but I did go to bed at 8:30 last night. Over did it this weekend I guess. 182 days left and I can’t wait!

OMG, your blog is so encouraging. I’m just coming out of the first trimester and a fog of hyperemesis and ER visits. It has been the single most wretched, horrible, horrific, awful experience of my life. Thanks for being so honest here. And the comments too. Maybe I will survive this too. And go jeans shopping. THANK YOU!

I just wanted to say that your lighthearted, sassy way of discussing your pregnancy is making me smile! This is going to be baby #1 for me (and the HARDEST thing I’ve ever done, by far!), so I’ve been taking this whole pregnancy a bit too seriously, I think! It feels great to giggle and lighten up a little bit and realize that I’m not the only one going through this!

I’m loving this! Go glad I ran across this on Pinterest! Baby #1 for me and I couldn’t have said it better myself. You rock!

You’re amazing.  That’s all, so glad I discovered this calendar blog.  The others are far less entertaining, and just boring some of them.  Thanks for normalizing. 🙂

So funny! Your blog is the most favourite thing I read as a pregnant woman with #1! Better than all the boring factual books- I treasure reading it each week cos it def lightens up that sukky first trimester which I’m basically thru now…almost ??