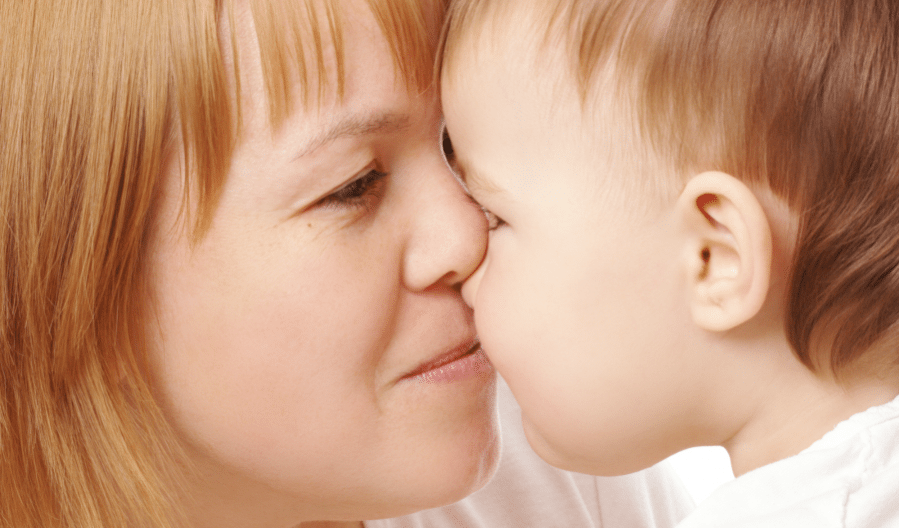 Help me Amalah, you are my only hope;

I have a wonderful 23-month-old son. He’s the kind of kid who makes you a little afraid to have another one because you might not get such a good model the next time. However, he is very attached to Teh Boobz. I’m not quite ready to cut the cord yet, but that time is going to come, and I’m 99.999% sure I’ll be ready to be done before he is.

I’ve done my googling and scoured KellyMom, and so I’m hoping that you will be able to magic me up a solution even though you never had to deal with precisely this situation.

The Story So Far: I went back to work full time this fall, and had hoped I could get him down to one (bedtime) feeding. That was a failure. Don’t-offer-don’t-refuse…doesn’t work so well with toddlers. He knows what he wants, he knows how to ask for it, and he proudly announces that he was “Drinking the boob” when he’s done. (He came up with that entirely on his own, I swear). The elimination of feedings method didn’t work so well because, other than bedtime, he never had a very set nursing schedule. I had some success with shortening sessions. I sing a song while he eats, once per side, so his non-bedtime sessions only take 2-3 minutes. Bedtime is unlimited, and he often goes half an hour or more. I usually read on my computer during the nighttime marathons, so he resisted the song-timing for a while by asking for my computer, but he seems to have fully adapted by now. We have also restricted nursing to the rocking chair (which means that now he doesn’t ask to nurse – he asks me to go sit in the chair).

He usually nurses 2-3 times a day, plus bedtime. I feel like, knowing his personality and the degree of resistance he puts up for even the idea of postponing a session I will have to go cold turkey. However, it seems like the Nursing Interwebs all agree that that is a Big No No (though the Nursing Interwebs also don’t seem to understand that toddlers are fundamentally different than babies and it’s a lot more difficult to wean them). What should I do? How should I go about it?

Thank you,
Someone whose boobs deserve a vacation before doing this AGAIN

I feel like I’m starting almost every column these days with some variation on the “SO NOT AN EXPERT ON THIS TOPIC” caveat, but here I am, once again, with the caveat: My children all weaned well before the toddler stage, and all well before I personally expected to be “done.” (I suspect it was due to my always-tenuous and hard-fought-for supply: They’d drop one feeding and my boobs would drop two, thus reducing their interest even further.)

BUT. I do have the benefit of 100% understanding and FEELING YOU on the fact that indeed, toddlers are very very different from babies, and that toddler-led weaning simply. Does. Not. Always. Happen. I’ve seen the struggle firsthand with friends and family members who were soooooo verrrrrryy ready to be done nursing but their toddlers (and even preschoolers) were…definitely not.

So here’s what worked for them, and as always I am sure, the comment section will be a hugely helpful secondary source of suggestions. (And all readers please note that this is a polite and supportive corner of the Nursing Interwebs: A woman’s choice to wean at any point during breastfeeding is her choice to make, and we like to trust women to make their own choices around here, ya dig?)

That said, I still don’t think a day AND night cold turkey approach is best at this point, but you should still focus on eliminating the daytime feedings first. THOSE, I’d say go ahead and go cold-turkey on.  It doesn’t matter if they’re unscheduled — when he asks you to sit in the chair, say NO, then offer an alternative/distraction. Tell him you you’d rather do (SUPER FUN THING) instead of sit in the chair. Then do super fun thing with him (or offer a super fun snack). “I don’t want to sit in the chair/at my computer. I want to (go play outside/blow bubbles/watch a show/bake cookies) instead.” Stay standing, stay upright, stay resolute.

If he’s verbal enough (and it sounds like he is), you can straight up explain that boobs are only for bedtime from now on, and aren’t going to come out while the sun’s out, or something. Kind of like weaning from a pacifier or a lovey that prompts thumbsucking — restrict its use to the crib or bed at first. You’ve already restricted nursing to the rocking chair, so now the next restriction is that the chair becomes the “bedtime chair” rather than the breastfeeding/boob chair.

Will he put up resistance? OF COURSE HE’S A TODDLER. Should you cave in or feel guilty? NOPE. Distract distract distract, redirect redirect redirect. Treat it like any other tantrum, and absolve yourself of the guilt I know you’re feeling because its breastfeeding and ahhhh mah god, there’s so much emotional baggage and Interwebs judgment. But you’ve been nursing for 23 months, multiple times a day. You’ve done AMAZING. And it’s okay to decide that you’ve done enough!

When you’re ready to say goodbye to the nighttime feedings, I’d try either 1) handing bedtime over to your partner, who can maybe fib on your behalf that you’re busy doing X, Y and Z and won’t be able to sit in the bedtime chair that night. You might actually need to physically leave the house — schedule some girls’ nights or hit the 24-hour Target for groceries. Then 2) After a few nights without it, you can either decide to come back and just tell him no, sorry, there’s no milk left or (again, if verbal enough) talk to him about the need to say bye-bye to the boobs. “You’ve gone to bed without them now, so we’re ready to say bye-bye and just sing at bedtime instead.” Start explaining now that boobs aren’t a “forever” thing, they’re for feeding babies, he’s not a baby anymore, this is just part of growing up, etc. Then hug and comfort and love on him in all the other ways you can.

Some moms will set a weaning “date” for older kids, like his birthday or any other point in time he can understand. Get him a really coveted/special toy, set it where he can see it, and tell him he’ll get it either on such-and-such date OR whenever he decides to say bye-bye. (That second option is entirely up to you…if you don’t think he’ll ever make that decision, go with a date.) Make it a happy, positive “you’re such a big boy!!” milestone, akin to the big kid bed, potty training, etc. At least one mom I know booked a vacation and told her son that was the end date; the trip would literally leave nursing “behind” and when they got back, it would be gone forever. Still bittersweet, but it worked for him.

So ultimately, you do want the process to be as gentle as possible, but like all other things toddler, there has to be a line drawn somewhere, and drawn firmly by YOU. And to draw that line, you first need to lose all the guilt/baggage that surrounds breastfeeding in general and focus on the positives (23 MONTHS!!) and the fact that it’s okay to do what’s best for you BOTH. He’ll need to wean at some point. He’ll also need to use the potty/brush his teeth/go to preschool/not throw toys/not run away from you in parking lots and all SORTS of things that toddlers are often dead-set against. But it’s all just part of life and growing up. Try to re-frame nursing into that context. Set limits, redirect/distract the tantrums like any other tantrum, and be okay with saying “no” It’ll be everybody‘s favorite word for the next couple years anyway, so you might as well get used to it.