Twitter Facebook Pin It Email Article
Prev This is the Way the Break Ends: Both Bangs and Whimpers Next Snow Day Fun Cupcakes for a Winter-Themed Party (or any day)! 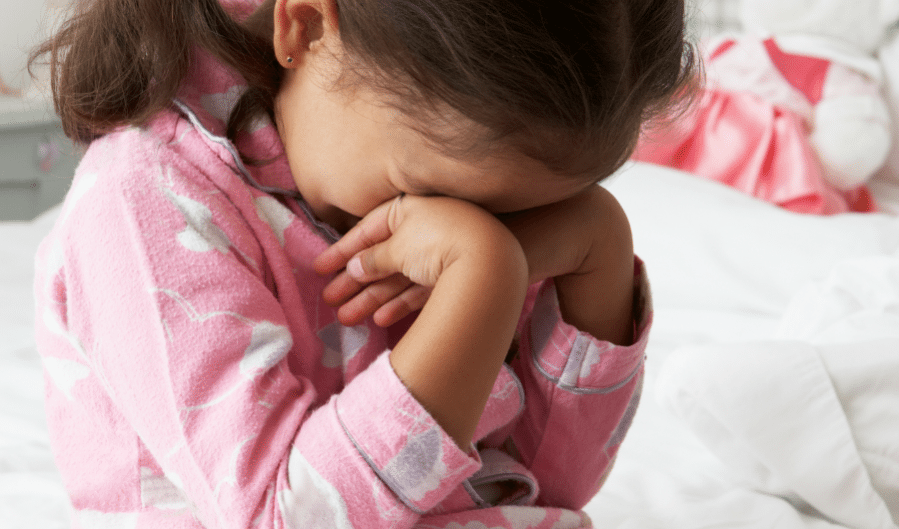 Ceding a Bedtime Battle to Win the Bedtime War

I would guess that I’ve been reading your columns for at least 7 years, and have thoroughly enjoyed and appreciated your advice over the years! have read your other sleep posts (I know there have been many), but we are running out of ideas! (We ran out of patience months ago).

My husband and I have 2 children; a 7 year old boy, and a 4.5 year old girl. They are both great kids; happy, healthy, smart, kind; we count our blessings every day. But (you knew there was a but, right?), bedtime has been a battle with our daughter for over a year, and what we once assumed was just a phase, shows no signs of coming to it’s much hoped for end.

The short story is that our daughter does not like to go to sleep. (Once she’s asleep, she sleeps soundly through the night). Most nights, it’s a battle that includes screaming, kicking, getting out of bed repeatedly, pounding on walls, flailing on the ground, turning on lights, and I would be lying if I said that she was the only one screaming by the end of it.

The long story is, of course, more complicated. Our kids share a room, and we have to wake them up around 6am to get them ready for school on weekdays. Our older child fought sleep as an infant, but has loved it ever since. He lists it as his “favorite activity”, and will still take 1-2 hour naps on weekends. At bedtime he is tired, and falls asleep quickly, unless his sister is keeping him up.

We start our bedtime routine around 7pm, with them in bed by 7 for 1-2 books before we say goodnight. Lights out by 8pm. Our daughter loves books, and usually begs for more. We had some luck for awhile with letting her look at a book or two in bed after we say good night, but now it just postpones the battle for a few more minutes. (Instead of screaming when we leave, she screams when we ask her to turn off her light).

We have tried a variety of other approaches over the last year. We have tried spending more time with her at bedtime (seems to make things worse). We have tried sticker/reward charts for going to bed nicely (it’s so rare that she earns one that this doesn’t seem to provide any motivation). We’ve tried taking away things/privileges (just makes her scream louder, with no change the next night). We have tried ignoring her tantrums (generally leads to her getting louder, and our son complaining that he can’t go to sleep). We have tried moving her to a different bed so that our son can fall asleep first, but she won’t stay in (any) bed. We have tried letting our son fall asleep in our room so that we can let her “cry it out” (she screams that she misses him). We have tried repeatedly walking her back to her bed without talking to her, but it basically means staying in her room (and giving her more attention) because as soon as you put her in her be she jumps back up and runs for the door (I’ve lost count of how many times I’ve put her back in her bed on a single night, but it’s in the triple digits). We have tried taking her outside to get fresh air and take deep breaths to calm her down (The neighbors may think we are abusing her). We have tried starting our bedtime routine earlier, but it means going to bed right after dinner since we don’t get home until 5:30 or 6, and it just starts the battle earlier (it doesn’t end any earlier).

She refuses to nap as well, so we think she must be exhausted, but she seems to have endless energy, and while she is a nightmare at bedtime, she doesn’t seem “tired” the rest of the day. She does seem exhausted in the morning when we have to wake her up, but once she gets going, she gets through the day fine with no nap.

Most nights, what finally “works” is one of two things. (1) One of us holds the door shut while she kicks and screams, but she eventually gives up and gets in bed (this can take more than 30 minutes, keeps her brother up, and doesn’t seem get better on subsequent nights). (2) she gets hurt during her tantrum (hits her head on edge of bed or wall, or falls down when running away from us), then she cries, apologizes, and goes to bed calmly….

We are feeling like we’re out of ideas, and are so frustrated by the end of the night, that it’s impacting our marriage as well. We used to argue about how to handle this (I know this could be a big part of the problem), and now are at the point where we at least agree that neither of us know what to do, but we end the evening angry and frustrated, with no energy left for each other.

I’m hoping you or one of your other readers has some ideas to save my sanity and my marriage!

*taps fingertips, stares out into the middle distance*

I have not personally dealt with this particular behavior at this particular age, but I HAVE dealt with other behavior battles at this age, so I’m going to talk about what worked, and how it might POSSIBLY be applied to your situation. (Which sounds downright nightmarish, and you have my DEEPEST sympathies. Hopefully if my suggestions are a dud, someone in the comments will hit upon something more effective!)

In my experience with kids in the 3 – 5 age range, the best offense is complete and utter disengagement. The battles — be it over food, sleep, the potty, basic routines/transitions that for some reason have become A Thing — will only continue (and escalate) as long as they are in some way being fought on both sides. Your participation (regardless of how negative it is) is required here. Even by just being an audience to it, you’re giving her a reason to continue the performance. (And MAN, does she sound a lot like my own theatrical 5 year old!)

Why has she chosen this particular bit of performance art? WHO KNOWS. This doesn’t sound separation anxiety related, or like there’s a deep fear of the dark or nightmares. Does she have trouble with other transitions in general during the day? And if so, what works (extra warnings, visual schedules/timers, stress fidgets)? And from your description of her during the day, she actually doesn’t sound particularly exhausted/overtired (a non-napping 4.5 year old is pretty normal!). If anything, she seems like a naturally high-energy kid who simply doesn’t need as much sleep as her brother. (Who sounds like he needs MORE sleep than a typical 7 year old, by the way, so you might want to adjust your bedtime/sleep expectations for them individually going forward, despite the shared room. They probably won’t ever be one-schedule-fits-all kind of siblings.) She might need to be exerting more physical energy during the day. And she might need more positive, one-on-one attention from you in general, especially since you guys already are working with a limited number of hours together on weeknights.

With these wild guesses/hypotheses in mind, here’s what I’d try:

Remember that no matter what, you cannot MAKE her physically fall asleep. You never could and never will. You need to care way, way less about whether she’s in bed and lights off and asleep by a time you think is appropriate. Or at least, make it seem to HER that you absolutely, 100% do not give a crap whether she sleeps or not. Every time you engage with her on any level (even extremely negative attention stuff, like yelling, holding the door shut, hauling her back to bed and spending more than two seconds there), you are giving her a reason to keep going, because THIS NIGHT might be the night she breaks you and gets what she wants.

Put her in bed, hand her a big ol’ stack of books and a small reading light, and then disengage for the night. If she stays up, she stays up. If the light stays on, the light stays on.  Yes, it might shift to more grumpiness in the morning, but that’s an easier thing to deal with than the grueling, marriage-fraying tantrum marathon you’ve got going on now. (Let her sleep in her clothes for the next day, pack breakfast food she can eat in the car, etc.) Tell her she absolutely doesn’t HAVE to sleep, she just has to stay in her room. I wouldn’t even stipulate that she has to stay in BED, at least at first. She can read/listen to soft music/color/make shadow puppets or whatever — just IN her room and without bothering her brother, at least not on purpose or with inappropriate screaming/banging.

If she tests you with all of that, ignore her. (Again, sleep mask/ear plugs/white noise for your son, or hold off her bedtime completely until he’s fallen asleep first.) If she continues to leave her room over and over and over and escorting her WORDLESSLY back to her room — not even her bed! just get her through the doorway if you have to! — doesn’t work…well. I am generally very opposed to locks on children’s doors but in your case I might make and exception with a doorknob that locks from the outside….PROVIDED you unlock it every night once she hits the “gives up, goes to bed and sleeps soundly all night” portion of the evening.

But that would be a really final resort, only if you try every other solution first…and give each solution proper time to start working (like at least a week, maybe two) before giving up and trying something else, thus continuing your pattern of wild inconsistency. (Which you KNOW she’s picked up on, so each nightly tantrum is practically a parental behavior experiment on her part — I continue to do X, but Mom does Y and Dad does Z and maybe tonight they’ll go back to trying A, B and C!!) But I do want nothing more for you and your husband to be able to walk away from her room and be *done* for the night, even if she’s still awake and fighting sleep. Let her fight that battle alone, while making it super clear that you and Dad have completely withdrawn from it…in hopes of winning the war.

So that’s all I’ve got. Readers, what say you?