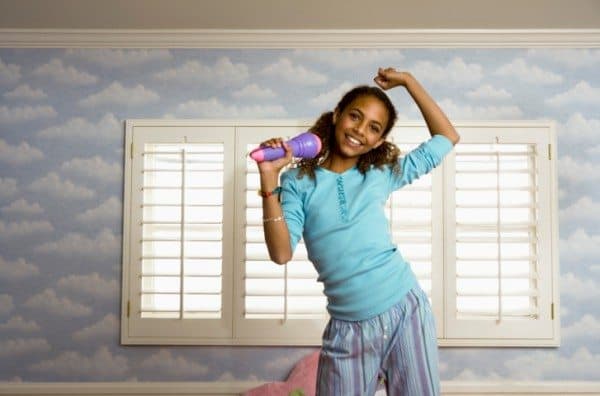 When Is It Okay To Leave Your Kids Home Alone?

Last Saturday morning, I did something I’ve never done before. Something that made me really, really nervous. Something that, in my mind, had the potential to be a complete disaster.

I left my two sons home alone for an hour while I went to the gym.

Okay, half of you are probably rolling your eyes at that sentence right now, but the other half of you are applauding my bravery. Because what I’ve learned from talking to various friends and acquaintances about leaving kids home alone is that every parent has a completely different comfort zone on when/how/why to do it.

For example, my friend Suzanne told me she and her husband have no problem leaving their kids (ages 7 and 10) unsupervised for a short time while they sneak off to a nearby wine bar. “They’re pretty much catatonic when the TV’s on anyway,” she said. “I don’t think they even notice we’re not there.”

And my Pilates teacher Luanne leaves her sons, who are slightly younger than mine, alone out of necessity when she needs to teach a class and her husband’s not home. She knows her oldest son, a fifth-grader, is completely responsible, but she admits to worrying a little about his younger brother who tends to run around and crash into things. Therefore, she’s drummed it into the boys’ heads to call 911 if there’s an emergency, but if it’s not that urgent to just call her or a neighbor. (And yes, they’ve called her a few times during class with a video game dispute.)

But on the flip side, there’s also the mom at school who left her kids alone for the first time to run to the grocery store, only to see an ambulance idling in front of her building when she returned home. After a few moments of sheer panic, she realized the EMTs were at another apartment. However, it put such a scare into her that her kids will probably be well in their 20’s before they’re left home alone again.

And up until last Saturday, I was pretty much right there with her. I’ve always described myself as “paranoid with a good imagination,” so I can easily come up with 10 disastrous scenarios that could befall my kids while I’m standing in line at Starbucks. Logically, I know that they’re almost 9 and 11 and very well-behaved kids, that we live in a safe, gated neighborhood and I’ll be less than a mile away, but still. I’m always plagued by the eternal question of us worriers: what if?

Marinka, who writes at Motherhood In NYC, is also a paranoid like me, but it actually worked in her favor when she went over various safety scenarios with her tween daughter and found herself having to explain why it was important to just get yourself out in the case of a fire and not try to save the family cat. I hadn’t even thought to be that specific with my kids; I just told them to not answer the door under any circumstances and to stay away from all major appliances (which is pretty much the same thing my relaxed parents told me when they sent me off to college), but now I’m going to make sure they know how to handle most unforeseen events that might come up. (Sidenote: One of the oddest things I’ve seen recently is parents announcing on social media that they’re out doing something while their kids are home alone. That just doesn’t seem like a good idea to me.)

All that said, the decision to leave your kids alone is obviously a very personal one and depends on factors such as their maturity, their environment and your basic comfort level. As well as other issues like whether you should put the oldest kid in charge and your kids’ ability to follow safety rules to the letter. (This article from the US Dept. of Health and Human Services goes over it all very well.) But despite all of my concerns, I have to say that my two boys felt really happy and proud of themselves last Saturday when I came home from the gym and they’d successfully manged to keep themselves and the house intact during my absence. Which I guess is both good and bad news.

Because now I no longer have an excuse to skip the gym on Saturday mornings.

How about you? At what age did you start leaving your children unsupervised and how did it work out?

More from our archives about leaving your children home alone, including a list of states with laws or guidelines.

Wendi Aarons is an award-winning humor writer and blogger who lives in Austin, Texas with her husband and two sons. You can usually find her at

I just started trying it for short periods and have felt pretty good about it. My kids are the same ages as yours (except there are three of them, including two nine-year-olds). For now it’s a daytime deal only, but my husband and I are chomping at the bit for the day when we can dash to the Mexican restaurant on the corner for a Margarita….it will have been so richly earned.

I have a vivid memory of being left home alone in 3rd grade by my own parents, and because I am now perfect I have always tried to hew to their rules. So I was primed and ready to leave the oldest kid home alone then…just not her younger sister. Then the younger one got to third grade and the big question to me – because we live in the Bay Area – was whether they could handle themselves if the Big One hit while I was out. Like Marinka and you, we talked through various scenarios including how to… Read more »

My kids aren’t old enough to be left alone yet, but I definitely see it in our future. I was a latchkey kid from second or third grade on. In addition to maturity and environment, I’d say your neighbor situation is a big factor. I had neighbors I knew I could turn to and felt comfortable approaching and they were a big part of the home-alone plan.

My kiddo is only three, so it will definitely be a while before she’s staying home alone. However, earlier this year I read Free Range Kids by Lenore Skenazy. She essentially summed up what you’re saying about knowing your child’s responsibility/maturity levels and teaching them to be safe. Then, let them be. They do have a sense of pride that they can do things on their own and it builds independence, something they’ll need when it’s time to not live at home anymore. She also recommended laying off the news and crime shows if your imagination is overactive (which is… Read more »

At around 10 my daughter started asking when she could stay alone. I was *so* not ready for that, but she thought she was. The funny thing is, I have a hard time seeing her as “responsible” but not long after some friends remarked to me how mature she is. I knew some other kids had been home by themselves for an hour or so after school starting as early as 3rd grade, but we didn’t have to so I hadn’t ever considered it. So…. We started with just trips to the grocery store. An hour or less, less than… Read more »

Guest
Kathy @ Some of These Things

My children are adults now, but I think I left my oldest home alone at about 12, then the next year, when they were 10 and 13, left them home together.

My son is just about 4 so I have a while until he’s home alone. I was proably around 10 when I was left home alone. by the time I was 13 I was babysitting 3 or 4 kids at a time regularly.

Marnie,
try a local Red Cross for Babysittng classes for your daughter.

I stayed home alone, during daylight, for an hour or two at a time, probably from about age 8. The crazy thing is that I started babysitting at age 11 for the neighbors’ three kids, the youngest age 6 WEEKS! I’m sure my mom was home in case something happened, but now as a parent I can’t imagine letting a preteen stay alone with my baby! I think I was probably pretty mature, and, as others have said, context (neighbors, time of day) is important, too.

While right now I consider being alone in a room without destroying it while I pee a big accomplishment, my kid is one. I stayed home alone for an hour or so after school starting in 2nd grade.  There was an apple sliced for me in the fridge and Rescue Rangers on TV and I was pretty “cool” with hanging out.  We had awesome neighbors (the kind where you give them your house keys when you are going out of town, as they drop you off at the airport) so I knew I could always run to them if anything… Read more »

I was left home alone when I was about 10. Which was fine but I was also left to take care of my younger brothers, 9&6 -9 year old with a developmental delay. It was a lot of responsibility and it wasn’t like we were just hanging out and playing. I had to keep a constant watch on my brother and he was also autistic. It made our youngest brother too independent at too young an age and me overly parentified. It was tough.

I was pretty much left alone since I was about 4, I was allowed to be in the backyard by myself (which had a pretty big pond that I could have drowned in). There was someone somewhere in the house but they weren’t watching me. If I was thirsty I got a chair to climb on the counter and get myself a glass of water, I was very self sufficient. By kindergarten I was allowed to stay home by myself all the time and I played outside by myself till it was 9 @ night I was with friends but… Read more »

I was 12 when I was left at home by myself but my mom didn’t really 100% trust me even though I was a really good kid & finally she fully trusted me when I was 13. It’s how they act & stuff, ur’ll know when u can trust the fully.