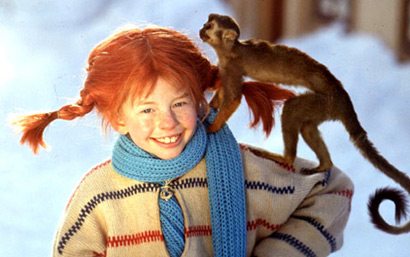 Home Alone, the Milestone Not the Movie

What age is old enough to take your child to watch a movie at a quiet movie theater?  I can tell you that the answer to this one is definitely not the 12-15 month old range.  The precise age of the child brought to the movie theater last night by the parents sitting next me.

In the past week I have had conversations with several people about what age is okay to leave your child home alone. To frame the context of the conversation we were talking about how much we hate grocery shopping with kids in tow, not about going out at night clubbing.  Or whatever the cool kids call that scene nowadays.  One mother said she does not leave her 12 year old son home alone.  Another mother said she will leave her 12 year old son home alone and in charge of babysitting his younger siblings for a couple hours.

I probably am more like the second mother.  I have no problems leaving my 12 year old son home alone for an hour or two.  I also feel confident enough in his ability to babysit his younger siblings, though aside from his 10 year old brother, I do it rarely.  I would never leave my 12 year old home alone with or without siblings late at night or overnight.

I had a rather heated discussion with someone over whether or not it was advisable to leave a 16 year old home alone for a week, as in 24 hours a day for seven consecutive days.  I don’t doubt that a 16 year old can take care of their own basic needs, which was their side of the argument. My primary objection lies in the fact that teenagers are notorious for making poor decisions. Some of this is beyond their control.  Studies have shown that the teenage brain does not work like the adult brain.  The part which takes a step back and asks, “Is this a good idea?”  is not yet fully developed.

Why set them up for failure when the stakes can be so high?  Especially  if the reason is that you just want to go away on vacation for a week alone.  It can’t be just me who has said to their kids, “Aren’t you old enough to know better?”

When I was 8 or 9 years old I came home from school everyday to an empty house.  It wasn’t unusual.  Most of my friends also were so called latch-key kids.  In fact, in fourth grade I distinctly remember most of us wearing our house keys on lanyards around our necks.  We were proud of those keys.  It was a rite of passage to have the house key and get to go home alone and eat all the junk food you possibly could, while simultaneously trying to ensure it would  not readily be detected by your parents.  It wasn’t any sort of secret, just an accepted part of the community in which I grew up, one which was dominated by single parent homes and dual working parents.

Nowadays, I know very few people who allow their kids that age to come home alone to an empty house and those that do are almost apologetic about it.  Not so much because they doubt their child’s ability to be alone for short periods of time, but rather fear of recrimination from their friends and neighbors.

Somewhat surprisingly, there are very few states that have laws which address this issue.  There are only four states which have laws on the books with minimum ages:

Then there are states with official guidelines:

Other states have suggested ages, but most are silent on the issue.  Most every parent I know worries when their child is left home alone, irrational fears of things that will thankfully never come to pass.

The key to leaving kids home alone, or in charge of babysitting younger siblings, seems to be less about an actual age and more about their own maturity level and development.  I have several questions that I have asked myself before I left my kids alone for the first time.

The age which I felt comfortable to the answers of these questions varied from child to child, but by age 12 they were all ready.  I think I’d feel like a failure as a parent if they weren’t!

What do you think?  What age have you felt comfortable leaving your kids alone?  Do you think that we as a society have overly coddled our children so that they are teenagers unable to make good decisions?  (I wonder this sometimes).