Twitter Facebook Pin It Email Article
Prev Help, My Best Friend’s Kid is Being Mean to My Kid! Next When Boys Wear “Girl Clothes,” is Backlash Inevitable? 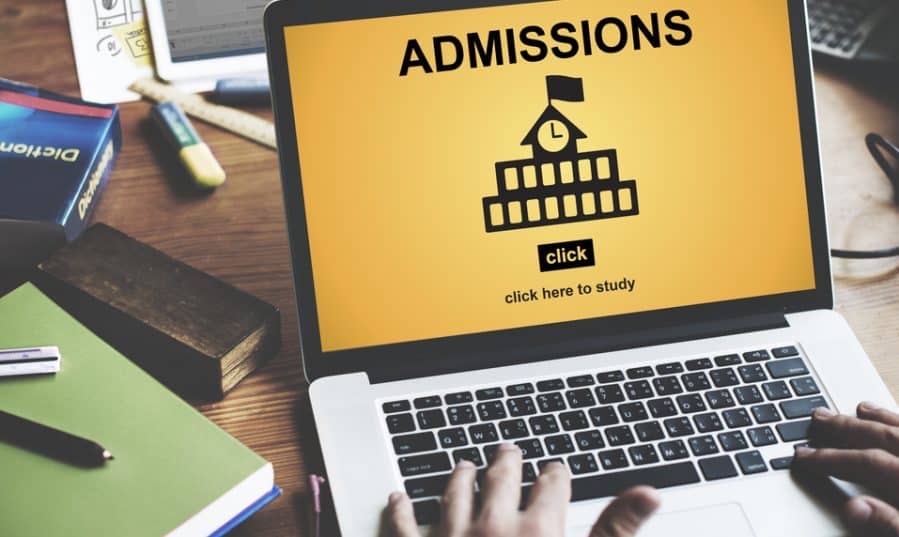 The Waiting is the Hardest Part of College Admissions (for me)

There’s a saying on the Internet which I’m sure everyone reading here knows well: Never read the comments. (Not here at Alpha Mom, of course. But other places. News stories and such.) This is a rule I know and love well; one’s mental wellness often relies upon skipping the commentary, or at least mine does.

And so, honestly, I cannot tell you what compelled me to join a discussion community centered around college admissions. There are dozens of forums, and forums are basically… comments. Any such Internet destination centered around kids getting into the college of their choice is going to look just as you’d expect: It’s full of an equal mix of ridiculous questions (“Can I still get into Stanford even though my GPA is only 2.5?”) and the sort of humble-bragging that makes my eyes roll back in my head (“Well, our son Aloysius is ranked first in his class and has a GPA of 5.0 and perfect SAT scores, but because he’s only the president of a dozen different organizations and spent just two summers digging wells in 3rd world countries, we keep telling him he needs to keep Brown on his list as a safety just in case he doesn’t get into Harvard, you know”). Do I sometimes learn interesting things there? Sure. Do I also scroll through message threads wondering why I am torturing myself? More often.

I didn’t do this when my daughter was applying to colleges. By this time last year, she’d already been accepted to her “safety” school (which was—technically—harder to get into than her first-choice school), we knew there was no way she’d be turned down by her target school, and all we were waiting on was a merit scholarship. Everything was squared away before the winter break. I know some kids haven’t even begun applying to college yet, but that’s not how my kids are. My kids want lots of time to plan and adjust. Those apples didn’t fall far from the tree, as it happens, and so I think it’s possible I heaved the largest sigh of relief when we pretty much knew where everything stood for my daughter by last Thanksgiving.

This year, with my son, it feels different. He, too, has already been accepted to his safety school (in fact, he’s attending there now and having a blast), and if he ends up spending his college years there, that will be fine. He’ll get a good education and have a good experience. It’s not as though his future is completely up in the air or any of the choices ahead are bad ones. But he, unlike his sister, has set his sights on a highly selective school with a low admit rate. We’re not talking Ivy League low (and hey, if you haven’t started down this path yet, try not to choke when you discover that those elite institutions are now in the 6% admittance range), but we are talking “decent chance of not being accepted despite being a top student” low. No guarantees. He applied Early Action, well ahead of the deadline, and although many colleges and universities have already started rolling out those decisions, this particular school will not be announcing the first batch of acceptances until mid-January.

And so: It’s November, and I’m skulking around the discussion boards on a college admissions site, killing time, trying to soothe my worrying. Every time a student (or their parent) posts their “stats” and asks about the school my son hopes to attend, I find myself either reassured (he’s fine!) or worried (oh crap!) depending on what is shared and what other community members say in response. I’m torturing myself, and I know that’s what I’m doing, and I do it anyway because… I’m a masochist? It’s November and mid-January is still a long way off? There are too many other things going on in the world making me worried, and this feels like a “safe” thing to focus on? I’m not sure. A little bit of each of those, perhaps.

There’s a certain perverse glee in reading about parents who are panicked over their spawn getting into the right fraternity or the “best” school, when I’m over here just thinking, “I think he’d find his people there. That’d be good. I mean, I’m pretty sure they have an active D&D Society.” I’ve always considered myself someone who doesn’t get too wrapped up in the college admissions race. Each of my kids applied to just a few schools. If I need a bit of calming or a reality check, I’ll visit a “how many schools did you apply to?” thread so I can remind myself that there are kids out there who did 20+ applications. (I’m just sayin’.)

My son, for his part, is unbothered. “I’m pretty sure I’ll get in,” he said, when I asked him how he was feeling about it. This alarmed me—because perhaps he didn’t understand how selective they are, and/or that sometimes you don’t get in due to institutional reasons rather than your specific credentials—and so I launched into a lengthy soliloquy about how so much of the process depends on things outside of your control. He looked at me like I had six heads. “Mom,” he interrupted, placing a hand on my arm. “I think I’ll get in. I mean, I think my application was solid and I have a very good shot at being accepted. And if I’m not, I’ll be fine where I am now. Don’t worry so much.”

I feel better, realizing that my son isn’t in any sort of distress. But I also know that if Decision Day arrives and he doesn’t get accepted that he may… not be quite so Zen about the whole thing.

In the meantime, I shall continue to read up on the latest in standardized test superscoring and advice on how scared seniors should tell their parents they don’t want to be doctors. I’ll take my comfort, albeit twisted, where I can.

[…] Both kids are registered for their next-semester classes and happy with their schedules. No, we don’t know where Monkey is going to school next year, yet. But as I wrote yesterday at Alpha Mom, I am doing an excellent job of acting like a crazy person while we wait. […]