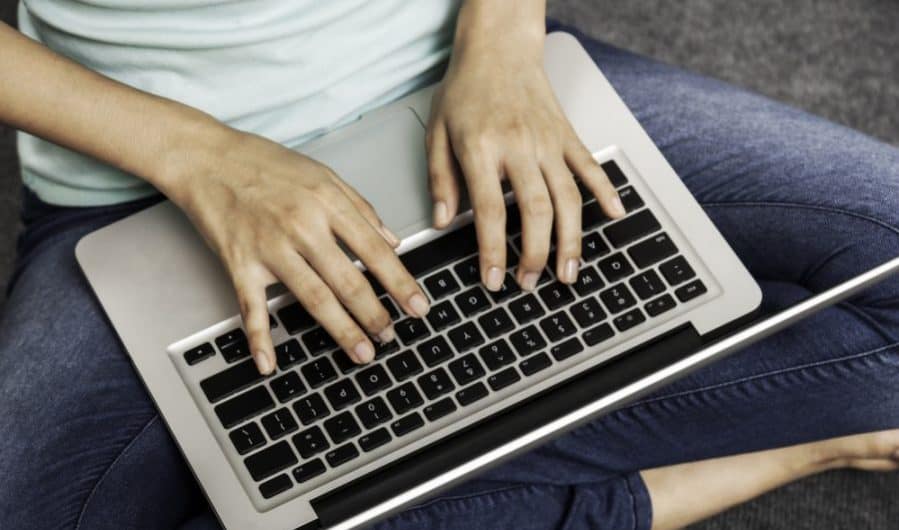 There’s a little spring in my step, right now. I’m nearly strutting. If cartoon bluebirds were real, they’d be circling my head and following me around. Why? My son is done with his college applications.

Now: This does not make him any better than anyone else. And it has very little to do with me (save for what I hope was just the right amount of nagging/encouragement). Still, it’s only September, and I know from experience that College Application Freakout Time is a real thing, and I am so grateful that my kid listened when I suggested he just go ahead and get this off his plate as early as possible. Now all he has to do is wait, and maybe pat himself on the back a little when his classmates are all making themselves insane in a few months.

I don’t actually want to talk about the timing of his applications, though. I want to tell you about his personal essay.

Anyone who’s been reading me for any period of time at all knows—whether they’ve read this specific piece about it or not—that I am a big fan of disclosure when it comes to special needs. I believe your child should understand himself to the fullest; I believe labels are clarifying rather than limiting (when used for that purpose, anyway). My parenting philosophy has always been one which emphasizes understanding and acceptance of differences, and I have very little patience for secrecy. I want my children to love themselves as they are, not as they think they “should” be.

Last year when my daughter was applying to colleges, I came across this article: Learning Disabilities Can Offer College Admission Edge. (Definitely worth the read.) I shared it with great excitement, because look, what I’ve been telling you all along about how your learning disability is actually going to be seen as a strength (look at how you’ve succeeded even with that hurdle) is true! It’s not just me! My daughter was skeptical, though to be fair, skeptical is pretty much her default state. She did end up writing about her challenges and late diagnosis, though, and she was accepted everywhere she applied.

I belong to several online groups for parents of kids on the autism spectrum. When my daughter had already applied (and was accepted to) her first-choice school, many members were still in the thick of applications, and so in one of my groups, someone asked if disclosing autism on college applications was advisable. Well. Silly me, I offered up that my child had disclosed her special needs and both been admitted to and received a merit scholarship from her first choice, because I thought that was clear proof that disclosure works in the student’s favor. I added that I would be encouraging my son to disclose when his time came. A few members thanked me for sharing and seemed buoyed by the story, but then came the audible *POP* of my bubble bursting.

“Do not, under any circumstances, encourage your child to disclose,” scolded another member. She went on to explain that she works in admissions at a college and that she felt her own child was discriminated against for sharing a diagnosis. I was baffled. I shared a link to the article above, adding that it made perfect sense to me that disability is a form of diversity, and furthermore, if your kid is a good student, disclosing disability turns a regular story into an underdog-triumph tale, doesn’t it? She wouldn’t budge. “Don’t do it,” she reiterated. “It won’t end well.”

I stopped participating in that group shortly thereafter, but that interaction bugged me for a long time. In a group for support and acceptance, here was someone who was using her supposed expertise to persuade parents to counsel their kids to hide part of themselves while trying to find the right environment in which to spend the next 4+ years of their lives. It just rubbed me the wrong way. I wondered if the student in question had truly been impacted by their disclosure, or if some other factor was in play and it was somehow easier to blame autism. The whole thing made me sad.

Then it came time for my son to write his personal essay. He decided right away that he wanted to write about a favorite activity and how important it is to him, and in talking about it, he kept emphasizing what’s cool about the activity itself. “But this is an essay about you,” I said. “Why is it important to you other than you thinking it’s cool?”

“Oh, well, everything I do now came from that,” he replied, without missing a beat.

And you know what? He’s right. Over several sessions of writing and editing (he has dysgraphia, so trust me when I tell you he would’ve rather done anything else), my son produced a simple and profound story arc explaining the unhappy, overwhelmed, and often timid kid he once was, and how his serendipitous stumble into this interest made him happier, more self-confident, built connections to others, and made him realize the only limits in his life were the ones he imposed on himself. He said he was autistic. He even said he was weird. At the end he didn’t say he’d stopped being those things—he said he was definitely still autistic and probably still weird—but he owned it, saying that’s what makes him him. He linked what many would see as weaknesses to the strengths he’s discovered along the way, and all I saw in that essay was a young man who knows himself well.

I may be biased (I am definitely biased, and in the continuing theme of full disclosure: his grades and test scores are phenomenal, which certainly doesn’t hurt), but any college that doesn’t find that essay totally charming and inspiring isn’t anywhere my son belongs. I can’t imagine him having written about anything else.

Is he guaranteed acceptance at the school of his choice? Of course not. (Who is?) But the school(s) saying yes will be accepting him with full knowledge of who he really is, which can only increase his chances of ending up where he’s most likely to flourish. So, to the woman who urged non-disclosure: I’m sorry your kid had a bad experience, but I’m still going to encourage my children to be proud of—and transparent about—who they are.