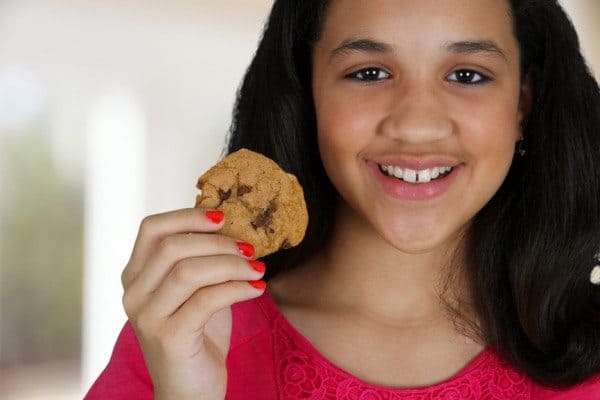 I’ve read several pieces recently about the parenting load required when your kids are older; one was about opting to pull back on work to be around for the kids more in their teen years instead of when they were smaller. I’m sure parents of small children read these things and wonder if teens cause your brain to rot. Surely small children require more parent time than older ones, they must be thinking.

I know that when my kids were little, I comforted myself through the long days of constant neediness by looking forward to a mythical time when they would be self-sufficient. “Moooooom, I’m huuuuungry!” would be a thing of the past! “I can’t tie my shoooooooes!” as a tortured wail would be a distant memory! Yes, my future teenagers would only stop to hug me and tell me how grateful they were for all I’ve done for them, in-between all of their self-sufficiency and whatnot. I would work, unfettered, and in the evening they’d ask about my day while we cooked dinner together.

Hilarious, right? For those of you firmly in the “misery loves company” camp, or just to warn those of you who aren’t there yet, allow me to elucidate the greatness of the teenage years—or, as I like to refer to them, “second toddlerhood.”

When they’re little: “Mom! Mom! Mom! Look at me! Watch me, Mom! Mooooom, you’re not looking!”
When they’re teens: “Leave me alone! Not everything is your business! I don’t want to talk about it! You don’t have to be there for everything, geez. Wait. What do you mean you’re not going to be there?? Oh, no, it’s fine. I SAID IT’S FINE.”

When they’re little: “I’m booooooooored.”
When they’re teens: “There’s nothing to do. I mean, besides homework and chores and practicing my instrument. Which I’m not going to do right now because of reasons.”

When they’re little: “So-and-so was mean to me and I will never be happy again.”
When they’re teens: “So-and-so is such a jerk! And I don’t even care! I don’t want to talk about it. I mean it. I’m fine. I SAID I’M FINE.”

When they’re little: “Can my friend come over? And can we make pizzas? And can we have a sleepover?”
When they’re teens: “Can all my friends come over? Can we make pizzas? And can you drive us to the movies? And then can you drive us for ice cream? And can you please be invisible and pretend we’re not staying up all night and then can you make waffles in the morning and drive all my friends home and not get mad when I’m a total butthead about it?”

When they’re little: “Here’s everything I ever did at school including this scribble on the corner of a napkin which is the most wondrous creation in the world, please admire it.”
When they’re teens: “Why are you always all up in my business?? You don’t have to check the online grading portal all the time, you know. But… ummm… can you talk to this teacher for me…?”

When they’re little: “Play with me, Mama!”
When they’re teens: “Don’t comment on my Facebook or Instagram. Don’t wave at me at school. Don’t say anything. Don’t try to sit with me. Just… give me some space, okay?” *sends a dozen texts and Snapchats over the next two hours*

I think I was thinking about this recently because school’s out for the summer and I’m not working a ton right now, so I’ve been around/available more often for the kids. But… while I’m needed more often for purely logistical reasons—my oldest is trying to cram in all her driving hours so she can test for her license next month, plus she has a job and music rehearsals requiring my chauffeuring or at least co-pilot time; my youngest and his pals are not driving yet but need to see each other constantly, please and thank you—they claim not to need me for the day-to-day “existing” sorts of things. (That’s a lie, of course, but we’ll all pretend it’s not.) There was this moment when I realized that yes, things are different now in the summer, albeit maybe not quite the way I pictured.

When they were little… I scheduled camps, programs, and other things to take them out of the house and keep them busy. If they had playdates, I had to supervise. One hour of television a day. Absolutely no one was allowed in the pool without an adult present! Meals were prepared and presented at designated times. I rarely even attempted to work during daylight hours if the kids were home. Bedtimes were strictly enforced.

Now that they’re teens… I let them schedule their own stuff, or not (but if you need a ride, put it on the calendar or figure it out on your own). I’ve caught them binge-watching Netflix for an entire day and half-heartedly suggested they go do something else, then shrug and wander off when they decline. You want to swim? Great, go swim. Don’t drown. Hey, it’s 2:30, has anyone had lunch? Hey, I’m about to go to bed, maybe you should, too? I’m working right now, so unless you’re bleeding or on fire, please leave my office and figure it out without me.

I don’t have to watch them every moment, the way I used to. But I find myself watching them a lot, anyway. Sometimes it’s from far away, sometimes it’s when they appear out of nowhere and curl up in my lap. My goal right now is to just… be around as much as possible, just in case someone admits to needing me. When in doubt, I bite my tongue and offer a snack. That seems to work no matter what their age.