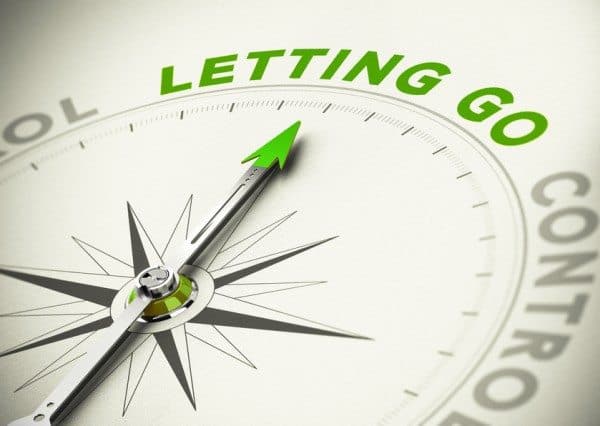 Loosening The Reins Before College

It will never cease being fascinating to me, how two people can share genetics and be so completely different. My children do have some similarities, of course, but they are outnumbered by the differences.

My daughter—despite struggling with anxiety over matters both real and imagined—is fearless when it comes to heights, speed, and other sorts of physical danger. She loves roller coasters, went zip-lining on vacation with her aunt and uncle when the rest of us demurred, has tackled every rock-climbing wall in her way, and says she wants to go bungee jumping.

My son—who will happily explain to you with Spock-like logic why thrill-seeking is illogical—would be more than happy to hold her purse and maybe get some ice cream while she does all of those things.

My daughter is a night owl. Left unchecked, she will putter around into the wee hours, and if she didn’t have to get out of bed before noon, that would be fine by her. Don’t try having a conversation with her once she gets up, either, until she’s had her meds, some coffee, and at least 45 minutes to stop being angry that she’s awake.

My son has always been a morning person. As a toddler he would grab his blankie and toddle off to his crib whenever he was sleepy, and as a teen his body clock continues to remind him when he’s tired, and off to bed he goes at a reasonable hour. When his alarm goes off in the morning I can hear him spring out of bed; he’s in the shower before his sister would’ve even heard the alarm.

My daughter is always up for something new. Yes, she’ll join your club. Yes, she’ll check out that new store or terrible movie. Yes, she’ll learn a new craft or pick up a new instrument or try that thing she saw on Pinterest.

My son is a creature of habit, and is suspicious of what he doesn’t already know. We’ve reached an age where at least he knows this about himself, and as he protests our dragging him into a new activity or situation, I can gently remind him that he never wants to do something he hasn’t done before, but then usually after he’s tried it, he likes it.

My daughter thinks rules exist to make her life miserable. (Maybe an exaggeration, but only a slight one.) My son finds rules comforting.

At this point in our lives, with my daughter about to be a high school senior and my son about to be a high school junior, both kids have laptops and iPhones. Both laptops have parental controls in place—both for accessible content and time limits—and both phones have Smart Limits which control the hours they’re functional and the amount of data the kids can use. Our household router kicks their devices offline at bedtime and doesn’t allow access again until morning. Both phones must be docked in their designated downstairs location before bed (or the phone will be taken away the following day), and it’s only recently that we’ve even allowed them to take their computers upstairs at all (the controls shut them down at bedtime, so they’re unusable after hours, anyway).

Are we monsters? Too controlling? It depends on who you ask. The reality is that almost none of this has ever been necessary for my son (maybe the time limits have, but only because he’ll lose track of time), and most of it has been implemented because my daughter would happily stay up all night surfing Tumblr and chatting with friends if she had the opportunity to do so. I’m perfectly at peace with the choices we’ve made regarding electronics up to this point.

The evening of the last day of school, my daughter was sitting in the family room with her computer, and suddenly she looked up at me in a panic. “Are you going to leave the parental controls on my computer when I go to college?” she asked. “Am I going to, like, have to call you and be all ‘I need you to come down here and let me change this setting?'”

I choked back a laugh. “No, honey. When you go to college it’s all up to you.” She smiled, and went back to what she was doing. “In fact,” I continued. “The whole idea here is that we set up what we think are reasonable limits, and then we pull back on those gradually and you take over regulating yourself, you know?” She looked confused. “If we kept managing all of this for you until the day you move out, you won’t know how to do it on your own and then you’ll be away with no safety net of me nagging you. Over the next year we’ll start giving you more freedom to figure this out yourself, bit by bit, assuming you’re handling yourself and meeting your responsibilities.” She considered this.

“I want a later bedtime,” she said, a hint of challenge in her tone. “This summer for sure, but also next year.”

“Fair enough,” I said. “Right now you just have a ‘be upstairs’ time and we haven’t been enforcing lights out, right?” She nodded. “That was the first step. We can shift that time some, that’s fine. It’s already up to you what time you get into bed. And you know I don’t care how late you stay up as long as you can get up in the morning. You have to figure that out.” She nodded. “You’re going to be taking a heavy course load next year, so probably the next thing is that we’ll take the time limits off your computer. But that means you still have to figure out getting your work done, not that you can spend six extra hours surfing the ‘net.” She laughed, and as happens more and more often, I saw a flash of her toddler-self in her nearly-adult face. “By the time you leave for college, you’ll have already been managing this stuff for quite a while. I’m not going to pop into your dorm room to tell you to stop gaming or turn off the lights and get some sleep. It’ll be all you.”

She nodded, deep in thought. If I had to guess, it was about two parts triumph and one part terror. And that seems about right, because that’s how it feels to me, too.

You hold on so tight for so long, you’d think letting go would be a relief. It is, but it’s also scary. Maybe I can take a tip from my fearless firstborn and spend this next year figuring out how to find it a little exhilarating, too.

1. Not Actually About Cars (Range Anxiety Parenting)
2. Snipping the Safety Net
3. College is Looming, But Will We Kill Each Other First?