Twitter Facebook Pin It Email Article
Prev My Kid Turned 18 And All I Got Was Grateful (and Some Ink) Next ADHD in the Dorm: What To Buy 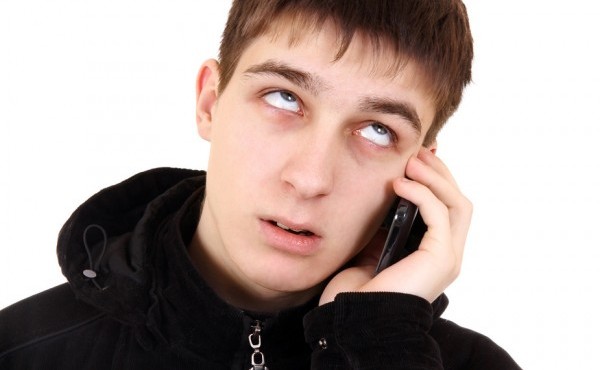 College is Looming, But Will We Kill Each Other First?

Here’s one I know you’re dealing with, yourself, and I’m curious how you’re doing it. Our high school senior is chomping at the bit for us to “let me be an adult” ever since he turned 18 this winter. Bedtime? He’s 18! Curfew? He’s 18! Chores? In a minute, he’s busy! And he’s basically a good kid so it’s not as though we’re dealing with anything major—he’s doing well in school, is polite/appropriate outside of the house, and is committed to a college for the fall (a few hours away, so he won’t be living at home)—but something about the combination of his birthday and the looming end of high school seems to have him believing he’s 100% in charge of his own life now… except when he needs some money, of course, or wants us to do something for him. Our efforts to help him understand things like “reasonable interdependence” and “our money, our rules” are being met with uncharacteristic thick-headedness. I don’t want us all to hate each other by the time he leaves for college, but UGH. This attitude is driving me bonkers! How do I keep arguments to a minimum while we navigate these last few months?

I laughed so hard when I read this, you have no idea. Not at you, understand, but at my knee-jerk thought of “Well, she’s asking the wrong person about this one.”

The short answer is: I have no freaking clue.

The long answer is this: First and foremost, try to remember that these sorts of chafing and bickering moments are perfectly normal and part and parcel of the final separation needed before your kid leaves home. I don’t know a single family who didn’t spend those last few months joking that they were really ready for Junior to get out. Second, this is your child navigating his new independence—with all the charm and nuance of a sledgehammer—while you try to figure out how to be helpful instead of reactive. And believe me, I get the inclination to be reactive, because eighteen years I’ve been teaching you the proper way to act and yet here you are acting like the world owes you something.

So! What do you do? There’s a school of thought that refers to this time as Second Toddlerhood. Just as when your son was a toddler and exploring his newfound abilities and you gently guided him away from danger and toward behaving like a civilized human with love and clear boundaries, now it’s time to do it again, but with a different set of parameters. You didn’t take it personally when he tried to stick his fingers in the electric socket, you simply guided him away and told him that could hurt him. Now when he informs you that he’ll be home “whenever,” it’s fine to calmly let him know that’s not sufficient, as you are still concerned for his safety (or whatever).

Also: greater privilege comes with greater responsibility, both at home and in the world. If he wants to be treated like an adult, he needs to act like one. What that means in your home is something you’ll need to figure out (with your co-parent), but as you do, that needs to be spelled out for him in crystal-clear terms, even if it seems impossible that he might not understand it just because it’s “obvious.” (Teens tend to be not so good at “obvious” when it’s not what they want.) So, for example, maybe he no longer has a bedtime enforced by you, sure… as long as he’s getting up on time for school and not bothering anyone else with his late nights. That’s fair. And maybe he gets to stay out later, but only if he’s taking care of his chores at home and being respectful. He’s 18, but you’re paying the bills, I assume, and that means you get to set some expectations.

If he pushes back, well, it may be time to talk about what is being provided for him and what his life would look like if it wasn’t. This segues nicely into what that will look like once he starts college, too, if you’re participating in paying for that. While I’m not a fan of “as long as I’m paying I get to control you” (that’s… not helpful in terms of guiding a young adult towards independence, for one thing, and kind of mean, for another), chances are excellent that you’re paying for the home in which he currently lives and the food he eats, if not also providing a cell phone and maybe a car. If he feels he’s old enough to be free of your rules, perhaps he’s old enough to pay room and board. (I do know families who have done this. In most cases, I think just a conversation about it may be enough to snap a kid back to reality.)

If you need to write down exactly what you’re looking for (chores X, Y, and Z… participation in these family events… getting a job this summer… etc.), then do that. It may help everyone to see it down on paper. If you simply need to explain that you are more than willing to let him spread his wings as long as he understands that basic respect and participation in the family need to continue being part of that, that’s great. You will talk about it one way or another, more than once. There will be improvement. There will be backsliding. There will be days you wonder if he’s just become an entitled jerk. All of this is normal.

I am a big fan, at this age, of the seemingly incompatible dichotomy of both 1) trying not to take things personally and 2) calling them out when they hurt your feelings. For me, that means I let a lot of stuff go, sometimes through gritted teeth, but I will also, sometimes, say, “You know what? I feel like I am doing a lot for you, and giving you a lot of latitude, too, and in return you’re just being rude and mean to me. That doesn’t feel good.” There’s the “managing responsibilities” part of becoming a grown-up, and there’s the “being aware of how you treat others” part of becoming a grown-up. Both are important. Both take a lot of time to get right.

Chances are excellent that by the time he leaves for college, you’ll be both relieved and gutted. That’s normal, too. (Please remind me of this when I’m going through it in a few months, okay??)