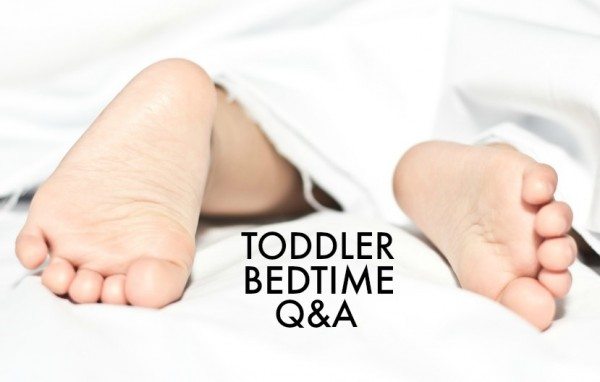 Is a Bedtime Sippy Cup a Big Deal?

This is something that I haven’t really seen addressed by you. How do you wean the bedtime sippy cup? Everything I’ve read seems to suggests that leaving a child to sleep with a sippy cup is bad for their oral health. My son (22 months) recently started wanting water before he goes to sleep (both naps and bedtime). Because I thought that it might be a delaying tactic, I just gave it (in a sippy cup) to him. He’d just gulp at it, so it seems that he was thirsty. Also, we have a newborn, and I just didn’t have the energy for that fight. Especially before nap-/bed-time (mommy wants some time to herself!). And, I dunno, maybe I’m stuck in the “if he’s asking for water, he must need it” mindset but maybe that has changed and I’m dealing with toddler power struggles. So, I’d just give it to him and let him keep it in bed with him.

In addition to the potential oral health issues, I worry about nighttime potty training issues and, more importantly, he frequently pees through his nighttime diaper. It is not to the point where we need to change sheets, but who wants to deal with a pee soaked toddler at 6am? I have a hard time believing that it is just “I didn’t drink during the day” because he has at least 5-6 wet daytime diapers. Some of which are also soaked (it is not uncommon for him to need two pairs of pants during the day).

So, is this a phase that I don’t need to worry about? Toddler power struggle? Something else?

Thank you,
No more sippy cup bouncing on the bed!

Ok, so let me get your first concern out of the way: A sippy cup of water poses little to no danger to your son’s teeth. The warnings about letting babies/toddlers fall asleep with a bottle or cup are talking about milk or formula (or juice or oh God soda you know somebody out there does it) — liquids with sugars in them that will stay on teeth overnight and cause decay. Bottles and soft-spouted cups that the child might mouth on like a pacifier make the problem even worse because the liquid isn’t being rapidly swallowed, but rather staying in the mouth and on the teeth. Water poses no such threat to his teeth, and in fact swapping the milk or formula with water is generally the top recommendation for parents trying to break the bottle-in-bed habit. And I found several articles on the bottle/sippy-cup-in-bed topic that specifically state that offering water is A-OK.

I mean, I sleep with a giant 34-ounce monster cup of water on my nightstand. I get PATHOLOGICALLY thirsty at night. I wake up completely parched, and regularly have dreams that center around a desperate search for water. I don’t know why — I drink lots of water during the day, but then can’t seem to go long stretches at night without getting all dehydrated. I would be absolutely miserable if someone took away my access to water during the night.

So. In the grand scheme of things, this is So Not A Big Deal. A toddler battle I would personally not deal with. The whole “I NEED A DRINK OF WATER” is of course a super common bedtime-delaying tactic, but mostly because it’s an excuse to 1) get out of bed and get the water themselves, or 2) trick you into bringing it to them so they get a little more attention. Your son is not getting the satisfaction of either of those scenarios, since you’re just handing the cup off and being done with it. So it sounds like yeah, he just gets extra thirsty at night, rather than trying to substantially delay bedtime.

Of all your concerns, the potty training one is really the only one worth worrying about. But probably not yet. I would worry about that later, once you actually start day training him. Which, at 22 months, could happen in a couple months…or not for another six months, or a year. And night training can take even longer. And since right NOW you’re dealing with a toddler and a newborn, I would focus more on what helps you make life easier right NOW. And if right NOW, a small sippy cup of water keeps him happy and in bed, just roll with it.

And maybe this will help ease the potty training concern: My toddlers never took bottles or cups to bed with them, but OH DEAR LORD THE NIGHTTIME DIAPERS. Completely soaked and saturated by morning, like they’d been saving it up all day just to unleash at night. So the sippy cup might not even be to blame here. As babies turn into toddlers, they pee a lot more and have massive man-sized poops and it’s disgusting and probably nature’s way to ensure that we parents will remember to potty train our young because DUDE.

(And toddler diapers get magically a million times worse the second you go back to the newborn stage and have a frame of reference. My newborn would poop and then suddenly dealing with a 3 year old who insisted on only going in a pull-up became U-N-A-C-C-E-P-T-A-B-L-E.)

Once potty training starts, he’ll likely still wear a regular diaper at night. Spring for the overnight kind. Have him pee right before bed, and keep the bedtime sippy cup super small, or not filled all the way. Remind him that he CAN get up and pee at night if he needs to. Obviously he’ll need to be out of a crib for that. Maybe get him a little nightstand as well, and tell him to keep his water there, so he has to sit up to drink rather than mouthing the cup all night. Remember that night training requires a specific physiologically leap to happen before his brain and bladder can sync up and wake him up to go, so don’t get immediately discouraged if he continues to wake up soaking after staying dry during the day.

But again, in the grand scheme of things a small sippy cup of water at nap and bedtime isn’t that horrible of a sleep crutch. Probably better than thumb sucking, which my middle son did all night, every night (and naps!) for at least the first five years of his life.  (His teeth are fine btw.) If you are still concerned about the cup possibly causing oral health issues, talk to his dentist about it. Consider switching to a straw style cup, which have been found to be better for speech development than spouts. If you do a post-bedtime check and find him asleep with the cup still in his mouth, gently remove it and set it aside. But don’t feel like this is a battle you need to fight. He’ll be fine.