Twitter Facebook Pin It Email Article
Prev Babyproofing Your Home Next Why Are Girls With Autism Different? 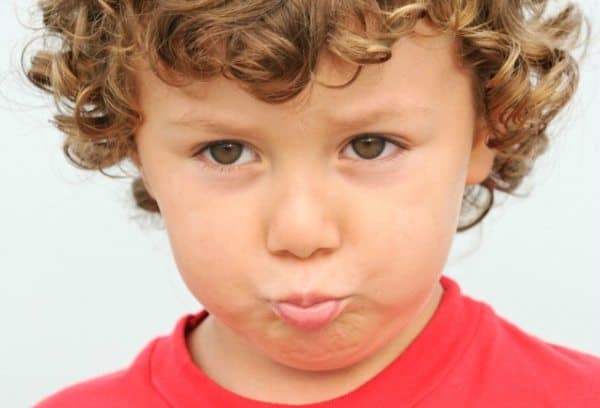 Potty All the Time: Overactive Bladder in Preschoolers

Congrats on the new house!

I read your blog and advice column religiously, so when my son started doing some weird shit, I knew exactly who to turn to.

So, here’s what’s up. For the past couple of weeks my 4-year-old son (potty trained for well over a year) has been peeing with ridiculous frequency. It is a struggle for him to wait 15-20 minutes between trips, and more often than not, he pees again within minutes or even seconds of leaving the bathroom. At first, all of my mommy alarm bells went off and I whisked him to the doctor for a urine test. Totally fine. No signs of infection. The behavior continued and when he also complained of a tummy ache one night, I whisked him back in to the doctor the next day. Again, all clear. No sign of infection, diabetes, or abdominal masses. This was right before school started, and the doctor gently suggested that if my son is a bit sensitive and high strung, this might be an anxiety issue.

He is both sensitive and high strung, so his having developed a nervous bladder seems like a reasonable explanation. If he is really absorbed in something or at school, he can hold it for normal intervals. And he stays dry at night. But at its worst, his peeing was so frequent that he developed chafe marks on his hips from pulling his underwear up and down so often. And now, this frequent peeing issue has morphed into strange new problems.

One: My son now sneaks off and pees on the floor somewhere in the house. I didn’t realize this until I began stepping in wet spots and then caught him in the act. This is not because he can’t control it. He is doing it deliberately, seemingly when he’s angry with me or just feels like it. I have calmly told him that we don’t pee anywhere but in the potty and I make him help me clean up the mess. It has done nothing to curb the behavior.

Two: The need to pee frequently seems also to be an obsessive ritual he is completing. On a few occasions he has said that every time he talks he has to pee, and he refuses to speak for a while. When he does open his mouth to talk, he seems distressed and runs into the bathroom to pee. It’s not all the time, just sometimes. Veeeerrrrry weird.

My husband and I have tried any number of tactics to help him. We’ve talked with him about it, we gently redirect him or distract him from peeing so frequently (but we never try to stop him from peeing), we tried ignoring it, we increased positive attention and praise, and set a timer for fifteen minutes and reward him with an m&m if he can make it that long between trips to the bathroom. Sometimes he earns the m&m, sometimes not.

He’s a very high energy, high maintenance, “spirited,” sensitive kid. I suspect that some of this is basic 4-year-old rebellion, amplified by his personality. But the compulsive aspect of it is a little alarming.

My mother-in-law insists that it must be physiological and that I should take him in for an ultrasound. But I see no reason to do that when there are no signs of an infection and no other symptoms (the tummy ache came and went). I’m starting to wonder if I should take him to a child psychologist. Is that warranted, or is this just a phase that kids can go through? Help meeeeee!

So right off the bat, I’ve got three things for your to-do list.

I don’t want to freak you out or anything — there are definitely a few “yeah 4 year olds, what can you do?” aspects to your situation, but also a few red flags that I think need to be checked out.

Since you’ve ruled out the most common issues (urinary tract infections, diabetes, etc.), your doctor is correct that stress/anxiety is often the next biggest cause of an overactive bladder in children (also commonly referred to urinary incontinence). Here are a few good overviews on it, from WebMD and NIH. And good news! MOST KIDS JUST OUTGROW IT. It’s most common in kids ages 3 to 5, and seems to peak around your son’s age. Another word for your Googling: pollakiuria, which is stress-related daytime-only urinary incontinence. That one actually tends to clear up on its own after just a few weeks. If it continues longer than that, there are some medications and treatments, especially if the symptoms are really taking over the child’s life (and your son might be in that category). So take him to see a specialist to confirm that there’s nothing abnormal about his urinary tract, and discuss what treatments are appropriate, or if it’s a wait-until-he-outgrows-it thing.

(Oh, and since you didn’t specifically mention bowel habits, constipation is another common cause of daytime UI in children, since it can put a lot of pressure on all the things down and keep the bladder from emptying completely when the child pees. So…if that’s a possibility, go back to your regular pediatrician for advice [and something for constipation, most likely] before the urologist. But the anxiety recs still stand, because that still seems like a part of it.)

(I’m also assuming that you’re not pumping your 4 year old full of caffeinated beverages. If you are…um…stop that. That’s very bad for little bladders.)

(Also apparently food allergies can cause this. Another thing to consider.)

If this is a manifestation of anxiety (and that’s my bet), it’s a tougher root cause to deal with, but definitely one you should focus on NOW. Because even if he outgrows/stops the nervous bladder thing, the anxiety will be here to stay unless he’s given some better coping tools and techniques. I’m sure the stress of having to “go” so often and so urgently in and of itself is HARD on your little guy, basically creating an endless anxiety loop, which he’s starting to fight via OCD-like symptoms and rituals. (Along with some classic preschooler Acting Out, with the deliberate floor peeing.) That’s really pinging my worry radar. He needs a better coping strategy, and possibly a trusted non-parent adult to talk to about his thoughts and worries.

And as a fellow parent of an anxious child (possibly even two of ’em, yay), let me tell you that 1) that book I linked to is the shiz, and 2) there ain’t no shame in having a kid in therapy. You wouldn’t deny your son antibiotics or insulin if this was linked to an infection or diabetes, so there’s no reason on earth to not explore getting him some emotional/mental support for an anxiety issue.

Good luck! May your floors soon be dry and your potty breaks infrequent.