Twitter Facebook Pin It Email Article
Prev Potty All the Time: Overactive Bladder in Preschoolers Next Your Teen Should Be Sleeping More 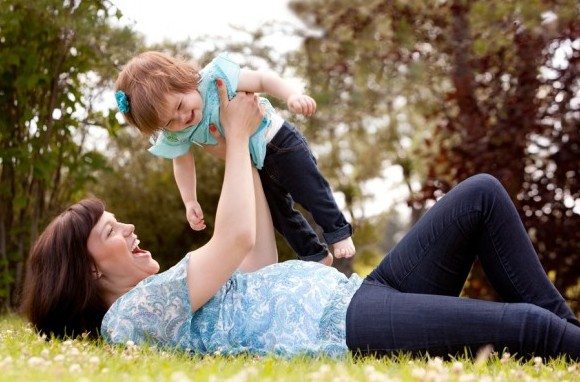 Why Are Girls With Autism Different?

I have seen you mention several times that autism can present very differently in girls than in boys and is therefore harder to catch early on. I was wondering if you had any further clarification on that or any examples? I am on the fence about whether or not my daughter will have to address anything along those lines, and was just looking for some general guidance. We have set up a meeting with a speech therapist and evaluation with our state program, and the only hard marker she is presenting so far is a delay in speech at just over two years old. She is happy and healthy otherwise, but she has some personality quirks that I am not sure about, so I was just looking for a little input on the female side of possible autism.

This is a great question, and I’m going to start off with some disclaimers. First of all, I am not a medical professional, and anything I say here always comes with the standard “Consult a professional” caveat. Second, my favorite autism-land truism is that, “If you’ve met one person with autism, you’ve met one person with autism.” There’s a reason we call it the autism spectrum. There are tendencies and similarities, but every individual is, well, individual. Finally, I always believe that knowledge is power, and the more you know, the better you can equip yourself to make the best possible decisions, labels are not to be feared, etc., but just as I’ve previously said, one of the most important barometers of what matters is your child’s happiness. Whatever else is going on, hearing that your daughter is “happy and healthy otherwise” tells me you don’t need to be super worried.

All of that said, I am the mother of two children who have autism spectrum disorders, and my daughter was, as is very typical, diagnosed pretty late (not until her teens). We went back and forth for years because there were multiple things going on and a perpetual chicken-or-the-egg vibe, and she is pretty much a textbook case of “girls are harder to diagnose.” I think the best primer I’ve read recently on why this is and how it manifests comes from Emily Willingham writing for Forbes, and here’s the (for me) key takeaway: For whatever reason, autistic boys tend to act out, while autistic girls “implode emotionally.” And how many difficulties/disorders/regular-teenage-girls things can be filed under “implode emotionally,” do you suppose? Loads. There’s now quite a bit of research into the connection between eating disorders and autism, which now seems like a no-brainer to me, but is fairly recent development. (And while eating disorders are not a purely female thing, they do occur more often in girls, and more and more, it’s how some of these autistic girls end up being diagnosed. The anorexia turns out to be secondary, and a classic example of that internal implosion.)

Science and super-heavy stuff aside—and bearing in mind that we are speaking in generalities, here, so this is not an absolute—let me give you a very simple example which I’ve seen play out time and time again. If you tell a joke to an autistic boy, chances are excellent that you’ll be greeted with either a blank expression or a slightly puzzled, “I don’t get it” if he doesn’t understand. Tell that same joke to an autistic girl and she’ll probably laugh on cue—and here’s the thing—whether she understands it or not. For whatever reason (societal conditioning, brain differences, a combination thereof), autistic girls are much more likely to mimic appropriate social actions and “try to appear normal” than their male counterparts. (Again, these are generalities, not absolutes. Some autistic boys “fake it” to blend in. Some autistic girls don’t.) The depth and breadth of what was flying over my daughter’s head without anyone realizing it was staggering. And that’s a huge part of that emotional implosion that’s common: eventually, a lot of autistic girls reach a point where they feel exhausted and alone from the constant work of pretending to be something they’re not, and then things often get very bad, very quickly.

Another example: One of the hallmarks of autism is “narrow, sustained focus in an interest area.” When a little boy memorizes all of his Thomas trains and plays with and talks about them constantly, people think “autism spectrum disorder.” When a little girl has a “real dolly” with a whole persona and life and routine, though, or makes dozens of intricate friendship bracelets every day, people just think… that’s adorable. The kinds of interests little girls tend to latch onto are often viewed as less unusual/extreme, for whatever reason.

Now that I’ve made it all clear as mud, here’s another fun fact: autism spectrum disorders share a lot of features with other, non-ASD, things, like ADHD, generalized anxiety, etc. It takes a trained clinician (honestly, sometimes multiple trained clinicians) to make an accurate diagnosis. So that’s fun!

Hopefully this gives you a general answer to your question. Specific to your daughter: you’re already being proactive about what you’re concerned about, so you’re in a great place to address any issues, already. As you move forward, I would simply urge you to bear in mind the whole “Is she lagging developmentally/is she happy?” duo of questions, as well as the fact that diagnosis is a tool—a very good tool, sure—but not a be-all and end-all. You can address/treat issues without a diagnosis, if necessary, and you sound prepared to do that. Just know that, statistically speaking, if she does turn out to be on the autism spectrum, she may not be diagnosed for a number of years.