Twitter Facebook Pin It Email Article
Prev 3 Simple Tips For Getting Your Summer Parenting Groove Back Next Senior Year of High School: The Flip Side Of Struggle 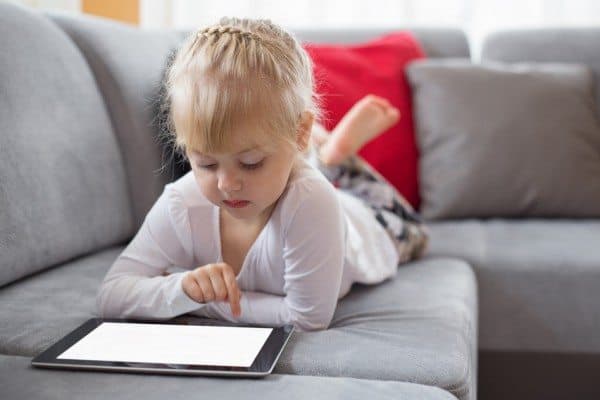 In Hindsight: Child Development & When Should We Worry?

I’ve been reading for some time now, both on wouldashoulda.com, and recently on Alpha Mom. I really enjoy your writing. Hopefully, you won’t mind me asking some questions regarding young girls and the possibility of being “on the spectrum.” (Aspergers?)

My daughter recently turned five, and I know there is “something” about her, I’m just unsure if it’s “normal” (I hesitate to use that word, but…) or if it something that we should get checked out. I’m wondering how soon you suspected there was the elusive “something” to be concerned about. Here’s a few notes about my daughter which perhaps will trigger the “it didn’t make sense at the time, but…”-reflex:

She is bright, and quite determined to hide it. Some of her greatest fear seems to be to try something and then fail, so to be safe she wont try anything new at all. She can read, but quite cleverly told the teachers from preschool that she couldn’t. That way they didn’t try to give her any books when they went to the library.

She does puzzles, several years advanced from her age group. Sometimes she’ll do them with the white background up. She remembers song lyrics easily, and yes, she will remember that one time you stepped on her toe, two years ago, and it hurt very much and you are a mean mommy. She’ll sometimes quote lines from tv in a conversation to you. Mostly appropriate to the setting, but it tends to lead to a “flowery” conversation. I accidentally splashed some water at her at the pool this summer holiday, and she looked quite shocked at me and said that I needed to rethink the meaning of goodness.

As for stimming, I think the thing that reminds me most of it is her use of the iPad, playing the same songs over and over on YouTube. Right now she’s found some nursery rhymes, so she’s repeating “Humpty Dumpty” and “Five Little Monkeys” over and over again. This is typical for when she’s tired and wants to relax after school. She has memorized the lyrics to these rhymes, so she’ll sing them for herself when she’s bored, or waiting. She’s not a fan of big crowds, and so often while in one it looks like she’s “tuning out” (mumbling for herself, talking about her favorite movies to herself, or singing).

She often exhibits food pickiness. Loud noises frighten her more than it seems they should: Babies crying, sudden bangs, balloons exploding is enough to make her run away. She sometimes spends hours in her room, just to have quiet.

She has stated to the teachers at school that she had both invisible friends and real friends, but she would prefer to play with her real friends, but it was difficult to know what to do. She has a tendency to make some elaborate social role-play, and using the other children as “props” or NPCs in her story. Then she gets really frustrated when the other children gets bored and leave (lots of crying and anger, has a hard time soothing when she gets upset). Other times she’ll just declare that she’s “not playing, just watching”, trying to understand the rules of the game the others are playing.

So, a couple of probably-obvious caveats here before I begin: First, this is not a typical teen-related question of the kind I usually tackle here, obviously, but we felt like the whole hindsight perspective might be useful, so here I am. Second, I am not a doctor or a professional in child development, and every child’s trajectory is different, etc. Let’s all please bear that in mind, because I can only speak to my experience and perspective, and if it’s helpful, great, and if not, that’s fine, too.

Let me start with non-specifics and then we’ll narrow down from there. As a general rule—and I wish I’d figured this out sooner than I ultimately did—my philosophy with any so-called “abnormalities” in my children’s development boils down to a very simple assessment when it comes to deciding whether intervention is necessary. I ask two questions:
1) Is my child lagging behind on developmental milestones?
2) Is my child unhappy?

If the answer to either of these questions is “yes,” then I think intervention is required. I’d wager that a high percentage of people reading this just had an eye-rolling moment, there, because isn’t that obvious?, and my response to those people is that no, actually, it’s often less obvious than you might think, particularly when it’s your own precious baby. For example: Many children learn to read in kindergarten, but not all. Many children talk a lot at age 2, but not all. Some of those “behind” kids are on a different curve and still normal. Sometimes it’s hard to know when development is truly off or is still within the range of “don’t worry,” and that’s when outside consultation is needed. Furthermore, some “quirky” kids are perfectly content being different, and in some of those cases I think parents fret a lot more about those differences than is maybe necessary. On the other hand, if a child is unhappy due to those differences, at the very least you want to be investigating avenues towards greater self-acceptance, if not actual change.

With my own children, I can unfortunately confirm that it was their unhappiness that sent us looking for help, in the beginning. My son was always Mr. Sunshine right up until he wasn’t, meaning that as a small child he was either delighted or furious, with very little in-between. His intolerance for change or imperfection (and certain textures, sounds, smells, etc.) is what sparked our investigation into his differences, and he was first diagnosed with a Sensory Processing Disorder, and later, as being on the Autism Spectrum. There’s a small part of me that still wishes we’d known about the ASD earlier—I am nothing if not the queen of woulda, coulda, shoulda, after all—but I’m not sure what difference it really wouldn’t made, other than that I spent several ignorant years not realizing that a my kid’s flavor of autism is something that exists. (In retrospect, I think the myth of “autistic kids don’t make eye contact or like to be touched” delayed his eventual diagnosis.)

My daughter, on the other hand, had a cluster of issues which were, shall we say, less pronounced than her brother’s, and we sought help for them in the sense that she was unhappy and we wanted to change that, but it wasn’t until nearly high school (and some real crises) that anyone thought to ask if maybe she had a developmental disorder of some kind. I try to go with the “regret is a useless emotion” philosophy, but I’m not going to lie: I wish we’d known a lot of things sooner, with her. I will always wonder if we might’ve headed off some very difficult times. But hey, now we know, and the more we know, the better things get. Also, I’ve now become a huge proponent of sharing information about how yes, Virginia, autism spectrum disorders in females often manifest very differently and we are doing a huge disservice to a lot of struggling girls and women in not recognizing these needs sooner.

All of that said, let’s get back to your daughter. Something is different with her, and you know this because she is delightful, but also fearful, perfectionistic, rigid, and prone to emotional meltdown. You have answered the “Is my child unhappy?” question with “Yes.” So that means investigation into what’s going on here is a good idea.

Does it sound like an autism spectrum disorder to me? Maybe. I mean, yes, it sounds a lot like what I experienced with my own children, so of course it does. But this is where we turn to the real professionals, because there are many, many issues which share features, and we as laypeople may not be able to tease apart what’s being caused by what and arrive at a cohesive picture. Some of what you’re describing is what I’d call “typical Aspie.” Some of what you’re describing also fits “generalized anxiety” or “ADHD inattentive type” or “sensory processing difficulty.” All of these things are possible. I know you’re not in the U.S., so I’m unsure what sorts of services might be available to you, but here we started with a (free) evaluation through the kids’ school, as well as individual therapy. You want to find a professional in child development who can do an assessment and help you figure out how to help your daughter keep being her awesome self, not with less quirkiness, but with less unhappiness.

That brings me to a final point I want to make, and it may seem a little crazy when you’re dealing with a 5-year-old, but just tuck it away for later, if you will: Don’t forget the two questions as she grows up. I went through a period with both of my teens, at different times, where I was worried about them for not being like their peers in various ways. In both cases, I eventually caught myself, asked if there was a developmental problem (no) or if the “worrisome” behavior was making them unhappy (no), and realized this was my own baggage. My son is probably always going to require a lot of alone time, because that’s how his brain works, and if he’s not unhappy, I don’t need to worry about it. My daughter is probably always going to approach her schoolwork in a way that drives me insane, but if she isn’t unhappy and gets it done, I don’t need to worry about it. I worry when they’re unhappy. More and more, I don’t worry when they’re different. Because they are different, and that’s fine.

Best of luck, H. You sound very tuned in to your daughter’s needs, and I’m sure you’ll find the best way to support her as she grows up.