Twitter Facebook Pin It Email Article
Prev Homeschooling Selects Specialization Over Well-roundedness Next Please Get Off My Back! (The Perils of Overprotective Parenting) 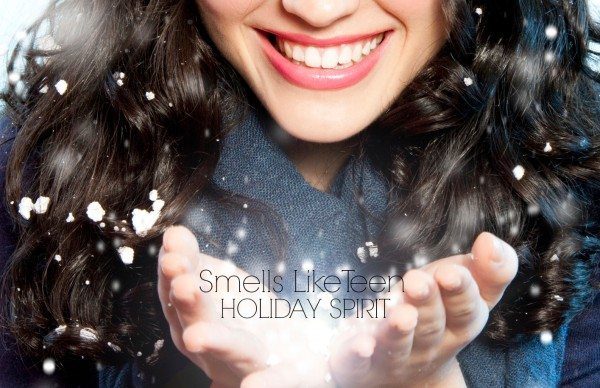 Finding The Holiday Spirit With Teenagers

When my children were small, that time between Thanksgiving and Christmas felt interminable to me. Schedules were disrupted; stores were busy; the kids were both expectant and overstimulated to the point of wild tantrums. And there was always this pressure—internal, to be sure—to “make the most of this time” and “give them a special holiday they’ll always remember” on top of everything else.

It’s not that we didn’t have happy holidays, back then. Of course we did, lots of times. We started several traditions with the kids, like that the elves bring them new pajamas every Christmas Eve while we’re out at church. Year after year of needing to run back into the house at the last moment because I “forgot something” and they didn’t catch on, my favorite part of whole season being them tearing upstairs as soon as we got home to “see what the elves brought this year.” More often than not, by the time I reached them, laughing, they were both stripped down in the hallway, giggling while working to get into their matching jammies and twirl around to show us how they were “all ready for Santa.”

Things change, of course. For my kids, their parents divorced, they later gained a stepdad, and of course no matter the makeup of your family, children grow up. For a couple of years, I was able to quell my oldest’s doubt with a simple “if you don’t believe, you don’t receive.” The year I finally admitted that Santa wasn’t real, I thought her heart would break. She told me through her gulping sobs that she’d been sure she was wrong, or at the very least I should’ve lied to her. I’d thought she was ready; maybe she wasn’t. And anyway, I’d always felt uncomfortable lying to them, even on something that harmless. My son hung on for much, much longer, but by now, any mention of Santa in our house is punctuated with air quotes by the teens. They’re too grown-up, too cool, to believe in magic anymore.

I grew up Jewish, which means I came to celebrating Christmas later in life. I was drawn in at first by sheer wattage of it all—the pomp, the decorations. As much as I loved lighting a menorah for eight nights, it can’t really hold a candle (see what I did there…?) to a full month of decorated trees and garlands and twinkly lights. And my favorite Christmas accoutrement, by far, are the candle lamps. As I spent more time in my new faith, various explanations were offered to me for this ritual: Lighting a candle in the darkness, signifying that weary strangers are welcome here, and so on. I’ve heard sermon after sermon about how Joseph and Mary must’ve been tired and scared and what it had to have meant to them to be welcomed someplace safe and sheltered. I’ve heard how we celebrate the birth of Jesus, but more than that, we celebrate hope and possibility. That’s what I think about, when I’m placing my lamps in the windows. “Let there be light” is about so much more than illumination.

Last year, everything felt fractured. I would’ve happily skipped Christmas altogether. Our family had been through medical scares and hospitalizations and many, many tears and dark days. My daughter had packed up and moved away to hopefully find herself at her father’s house, but progress was hard to see and hope was a precious commodity for all of us. Another Christmas tradition for us is that Santa (or “Santa,” if you rather) brings each family member an ornament that signifies the past year in some way. The year we took an extended family cruise, Santa delivered tiny little towel animals to hang on the tree, like the ones we’d found in our cabin each night on the ship. (I had a lot of hand cramps that year, plus I think I may have invented a few new swear words.) The year my son dove into Minecraft and my daughter began marching band, he got a small, pixellated block of earth (like in the game) and she received a marching Minnie Mouse to commemorate the band trip to Disneyworld. Last year, with life feeling unsettled and dangerous, our ornaments were cast resin shapes containing shards of what used to be a very pretty drinking glass (delivered broken with a new set we’d purchased). I don’t remember if I offered the kids any sort of explanation beyond, “Sometimes new beauty comes from what’s been broken,” but in my mind, it was more of a hope than a belief, at the time.

This year, I find myself uncharacteristically at a loss for the “right” ornaments. How could I possibly distill the past year into one pivotal symbol? As I moved around the house, this past weekend, setting up the candle lamps, weaving cords and plugging them in and sitting in their warm yellow glow, I wondered not about the Joseph and Mary of the traditional Christmas sermons, but who they were when Jesus was an adolescent. Were they always calm and self-assured? Was Jesus truly such a miracle that there was never a slammed door, an irrational outburst, a series of poor choices that left his parents fretting and whispering in the dark long after they should’ve been asleep? Did Mary ever lose her temper? Did she have any idea what lay ahead, I mean really, when she held her newborn in her arms? Do any of us?

I’m not complaining. This year is such a vast improvement over last year, believe me, I have no complaints. But I have an inkling, now, of the innocence we’ve lost, the hard roads ahead, and just how little we can fix for our children once their boo-boos require things more complicated than band-aids.

Still, I set up the lamps. As the sun sets each night they flicker to life, one by one. It helps ground me amidst the hustle and bustle of this season, somehow.

And when my daughter caught me looking at Christmas pajamas online this weekend, and subsequently grousing over the trouble with finding appropriate choices that will fit and match and not cost a ton now that they wear adult sizes, I admitted, “Well maybe you guys are too old for this now, anyway.”

Her eyes widened and she immediately protested. “Mom. Mom. The elves have to bring us pajamas. Matching ones. They have to. It’s Christmas.” She was dead serious. And when your teenager tells you that a small part of her still believes in magic, then you damn well find a way to provide the matching pajamas.

So, yeah; let there be light, indeed. Amen.

More for Parents of Teens