Twitter Facebook Pin It Email Article
Prev I Love My Children’s Birthdays But Not All the Gifts! So I Decided To Try Something Different. Next Getting to the Root of Fear and Bad Dreams 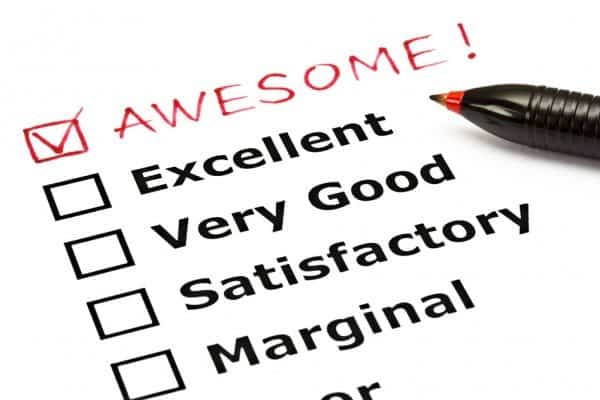 The thing about special needs parenting is that, on some level, you’re always waiting for the other shoe to drop. At least that’s been my experience, and the experience of most of the families I know who deal with similar issues. There’s the stress-and-worry times when things are decidedly unwell, and even the happy-and-progressing times are shadowed (at least a little) by the unspoken, “But how long can this last?”

It’s been a full month since my autistic son embarked on his public high school career, and we’re still waiting for that shoe to drop. Yes, we planned it all out; yes, he’s only doing half-days for this transitional semester; yes, he’s come so far and learned so much and become so much more flexible than we’d ever dreamed he could be, back in the early days when multiple daily meltdowns were our reality. All of this is true. Still, could school for him just be… y’know… awesome?

Me, I’m a realist. (Okay, many close to me would probably say cynic. Same thing, right?) I know there will be bumps in the road. There will never be a point, I don’t think, where I’ll fully exhale, dust off my hands, and declare to no one in particular, “Well, that’s that. This kid is all squared away, never to encounter a challenge again.” Life isn’t like that, for anyone. For a kid with additional issues, that goes double. So it’s not that I think we will never again find ourselves in an IEP meeting discussing some problem that I never in a million years would’ve even surmised existed before this life with my kids. I know that hurdles will come along.

On the other hand, I pick my son up every day and get a little zingy thrill, every day, as we ride home and he tells me about his time at school. It’s not because his grades are good (they are) or because he loves it (he does), it’s because my son has grown comfortable in his own skin. Every story he tells me, every anecdote about his day which he relates, resonates for me with a central theme: He’s okay being him. In our world, this is huge. Sure, my son’s autism has presented him with all of the usual challenges of black-and-white thinking, a somewhat obsessive need for predictable routine, and difficulty dealing with sensory overload—these are all typical for a person with Asperger’s—but as the years went on, we came to see that his biggest challenge wasn’t his autism, per se. It was that he had very low self esteem. He wasn’t comfortable being himself. He felt like everything he did was wrong and everyone was always judging him. We spent a lot of time untangling whether a meltdown was triggered by an unacceptable external condition or the conviction that his difficulty with said condition was causing him to feel disliked or inadequate in some way. It’s hard (maybe impossible) to be happy when you don’t like yourself.

The young man before me now isn’t a different person than he used to be; he’s still everything I’ve always loved about him (and a few habits I don’t, but that’s okay), still the same person who is quirky and different and often stands out. What is different now is that he knows this, but it’s fine with him.

Don’t ask me how we got him here. There’s been a lot of hard work—therapies, skills building, practice—and a lot of love, sure. The passage of time and the natural maturation process has helped, too. But maybe we’re just lucky. I don’t know.

One day he settled into the car with a heavy sigh.

“Uh oh,” I said. “What’s wrong?” I braced. Here was the other shoe, surely.
“Well,” he said. “I think I said something in class today I shouldn’t have.” My mind raced through the possibilities. Had he been rude to the teacher and felt terrible? Did the other kids make fun of him?
“Oh?” I responded, keeping my voice casual. “What happened?”
“Well, this kid was really bothering me, tapping on my seat and poking at me, and he wouldn’t stop even though I asked him several times.” He paused, and again my mind raced away. What did he do? How big of a disaster was this? “So finally I just turned around and said to him, ‘Are you on crack?'”
He grinned. It was okay.
“Oh, dear,” I said. “Then what happened?”
“Then all the other kids laughed at him and he stopped,” he said, breaking into a full laugh. I joined him, but then thought of something.
“Did the teacher hear you?” I asked.
“Oh, yeah, she did,” he said, turning somber again.
“What did she say?” I asked, tensing up.
“She said… that it’s not appropriate to ask people if they’re on crack, even if you strongly suspect that they are,” he reported. We laughed all the way home. (I love this teacher.)

A few days ago, he swung his backpack into the car and plopped down and said, “Oh, I have to tell you something that happened today.” Again, I tensed up, but put the car into gear and pulled out, waiting for him to continue. “So today I was being a little silly and this kid was all, ‘What is wrong with you?'” Oh, oh no. My heart constricted. “So I just said, ‘A lot of things!'” He paused to laugh, and I remembered to breathe.
“Oh, that’s good, honey. Did he leave you alone after that?”
“Not exactly. He got a little closer and said, ‘Are you retarded?'” Oh, man. Ack. That word is banned in our household as worse than any possible curse word, and this couldn’t have ended well. Could it?
“And you said…?” I was afraid of the answer.
“I just said, ‘Probably!’ and everyone laughed and he wandered off.”

He never could’ve handled this stuff, in the past. It would’ve wounded him to the core, leaving him lashing out and self-loathing and unable to cope. Now, he rolls with it, because he is who he is, and he knows it, and no one is taking that away from him. This kid has mastered at 14 what some of us never learn in an entire lifetime.

I hope to be even half as amazing as he is, someday.