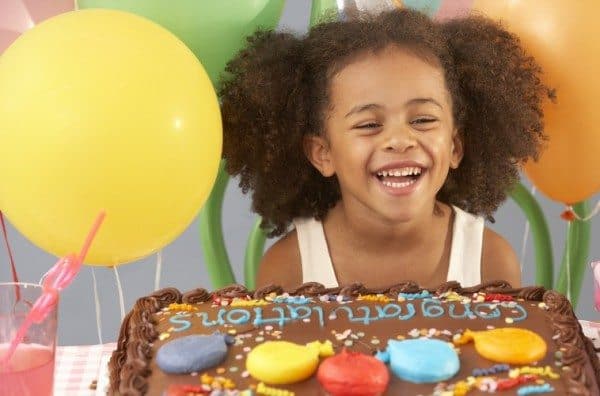 I Love My Children’s Birthdays But Not All the Gifts! So I Decided To Try Something Different.

I’ve always been a bit anti-stuff, so birthday parties give me a big dose of anxiety. We recently threw a birthday party for my 7-year-old daughter and 22 kids attended. The idea of 22 Barbie dolls and purses and craft sets made me start hyperventilating.

With five kids, my family doesn’t need any more of this stuff. (I promise you I have a million dolls, purses and craft sets.) And it just felt so wasteful and I knew most of the gifts (despite being appreciative of the thought) would end up ignored (not the gift giver’s intention) and shoved in the playroom closet. So instead we asked for money.

I simply emailed all the parents and said my daughter was saving up for a specific toy and we were asking for $10 or $15 or whatever they were comfortable giving in lieu of gifts. Half the birthday money would be used for the toy and the other half donated to a charity of my daughter’s choosing.

But quite a few parents actually came up to me during the party and said they really liked the idea.

I think it’s a nice option because my child still received a gift (one of her choosing), all the parents spent less than they normally would have on a birthday gift and there was a charitable component involved. If you decide to go this route, as well, the key is to remind parents a few days before the party with another email so they remember and don’t spend their time picking up a present (we are all so used to buying gifts).

My daughter Summer decided to use her birthday money to buy a refurbished iTouch and donated the other half of her birthday money to an organization that helps feed hungry children.  Also, if you don’t want to handle the nitty gritty details yourself, there are even websites like ECHOage that make it super easy for you.

My children have also been to parties where the parents have asked for a charitable contribution in lieu of a gift. Maybe the family is an advocate for a  special cause like breast cancer research or the March of Dimes. So instead of gifts, they suggest donations to a specific organization.

I love this idea and the key here is to make it as easy as possible for party goers.  It’s nice to give the other parents a link and set it up so you can track their donations and send them proper thank you notes.

Another idea is to ask birthday party attendees to bring canned goods and other non-perishables to donate to a local shelter, food pantry or soup kitchen. This is a nice option because your guests still get to bring something tangible, in hand, to the party.  Also, afterwards your child can help deliver the donations to the local food bank which can be a great learning experience.

I think book swaps are also an easy way to avoid gift madness. Just ask each guest to bring a freshly wrapped new book. Then do a book exchange. Each guest goes home with a new book so there is no need to provide a parting gift/favor either.

In the end, each family has to decide what works for them when it comes to celebrating their children’s birthdays. And yes, a child might be disappointed if they don’t get to rip open 20 gifts.

But at least in our case, my daughter Summer was fortunate to still receive a lot of family gifts. And she was really excited to get an iTouch, something that wouldn’t have been possible if she had gotten a bunch of smaller gifts from her friends. Plus, I love the idea of children getting involved in charitable giving from a very young age.

And although we asked for money in lieu of gifts, when someone brought a Barbie doll instead, we were grateful and appreciative.

I do think children’s birthdays are a magical time and I remember counting the minutes until mine came around again (not so much anymore!).  For our family, we have figured out a nice balance – a way to hold on to the magic without quite so many gifts. And that’s what works for us.