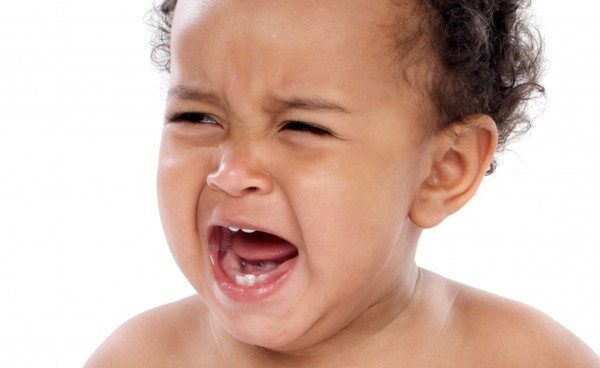 I have been debating about sending you this question for a few weeks now b/c I was hoping this was a phase that would pass but so far it hasn’t. I have boy/girl twins who are 9 months old and my son has taken to screaming at the top of his lungs when he is not getting attention. It is this ear piercing, blood curdling scream that makes me immediately snap towards him and want to take some kind of action (covering his mouth, saying No No, cover my ears). I don’t mind it so much at home but it is becoming a problem when we go out to eat or are with friends and family or in public.

I just don’t know what to do. I know I can’t really discipline except to say “No. No.” firmly. If I keep doing that, will he get it? Part of me thinks I should just ignore him b/c I feel like even saying, “No No” is giving him the attention that he wants. But it is so loud that it is not something I can just ignore when we are at a restaurant b/c it is the kind of scream that makes the whole place get quiet and look over. So then I feel like I am not being “consistent” which is what everyone says is the most important part of disciplining a child.

I worry that if I choose to ignore it then I am going to seem like that mom who doesn’t actually discipline her kids or follow through. Our family has very strong ideas about child rearing and this kind of behavior is not okay. I know that they realize he is 9 months old so they don’t get mad or anything, but I already feel anxious that they are judging me for not doing enough or keeping him under control.

Is it a phase that is going to pass? Is he just finding his voice? Or has he realized that when he screams he gets the attention he wants from Mommy? And if that is the case, then how do you deal with that for a 9 month old?

Before I go on, though, I would like to suggest that you try to reframe your thinking about this behavior — that it’s something that’s naughty or “bad” or requires discipline or that your child is out of control/out of line. While it’s not necessarily the most desirable of behavior, it’s NOT “bad.” A nine month old doesn’t really have any grasp on good vs. bad, nice vs. naughty, inside voice vs. outside voice yet, and reacting to his outbursts with scolding is just going to make you both way more frustrated, because it 1) won’t work, and 2) is telling him that his only means of communicating to you that he’s unhappy or wants something is “wrong.” You can then expect him to move on to alternatives — like throwing, hitting, aggression — pretty quickly.

Now, there are two general schools of thought regarding the screaming fits at this age. You’ll find plenty of parents advocating that you ignore your child’s screams completely (provided you know they are fed, dry, unhurt, etc.). You know, the whole “they want your attention, so withhold that until they learn to ask for it the ‘right’ way” line of thinking.

I suppose that ignoring can have its time or place — maybe after you’ve already attempted to figure out just what it is your child wants (a drink? an out-of-reach toy? a change of scenery?) and have 100% determined that they just like the sound of their own voice (which can quite often be true!) — but…well, I’m not sure what ELSE a nine-month-old child is expected to do when he wants/needs something, when he doesn’t have any words or even necessarily gestures.

And as a parent of a child who experienced some fairly significant communication delays as a baby and older toddler, let me assure you that NO WHERE in any of the books I read or speech therapy tips I received did it suggest that simply IGNORING your child’s rudimentary attempts at communication was an appropriate response, or would “help” them move forward with more age-appropriate or advanced skills.

Now, on the other end of the developmental spectrum, Ezra (my crazy highly verbal talking-in-paragraphs-at-two-and-a-half child) went through this whole screaming phase at EXACTLY your son’s age. Does this little video (taken at JUST SHY of 10 months) sound familiar, perhaps?


Why You Should Not Have Babies, Exhibit #342 from amalah on Vimeo.

Good times. He wanted cantaloupe, and was greatly displeased by my refusal to give him more than one piece of cantaloupe at a time, and thus…screamed bloody murder at me, in between each and every bite of cantaloupe, even though I was RIGHT THERE and giving him more cantaloupe. Hell yes, this was not always amusing and was fairly nerve-jangling — particularly at restaurants, or when I realized we were on our 17th screaming fit of the day and it was only 8:45 in the morning — but we got through it without “discipline” or time outs or anyone dying. I would (try to) stay calm and relaxed, say “shhhh” or “no thank you” once before immediately trying to meet whatever need he was TRYING to communicate. This — at least in theory — did not necessarily mean I was rewarding the SCREAMING with a desired action, but I was rewarding the COMMUNICATING. I was letting him know that I heard him and understood he needed something, now let’s all stay calm and quiet and figure this out together. Milk? More? All done? What?

I also, around this age, made a concentrated push to teach Ezra some baby sign language. We didn’t start that until Noah was already speech delayed, and it made SUCH a difference in our lives. So what you don’t see in the above video is that in between the cut shots, I am in fact giving Ezra more melon, while saying MORE and signing it. No other words, no extraneous mama-chatter about being a good boy or no yelling or yummy yummy cantaloupe, just MORE and the simple sign of bringing your hands/fingers together and tapping a couple times. A very easy, basic sign for babies, along with milk, all done, eat, etc.

With Noah, we used the (most, most excellent) Signing Time set, but Ezra wasn’t really “into” TV so I managed to teach him all the basic signs without the use of DVDs or books. (Bookmark this ASL For Babies visual dictionary and teach yourself the signs, and remember it’s okay to modify them or substitute a more general sign for something specific.) He watched me and mimicked all on his own, because as much as we parents hate the screaming, trust me: it’s probably a zillion times more frustrating to be the baby who actually desperately wants something and has no way to ask for it. So it was pretty delightful to see the little lightbulb go off over each of my boys’ heads when they realized that signing and gesturing WORKED and got them what they wanted quicker (and more accurately) than a screaming fit.

And no, learning baby sign language did NOT delay Ezra’s actual speech. Just the opposite, really. He was an early talker who never stopped and is now crazy far ahead of kids his age when it comes to vocabulary and grammar and the complexity of his sentences. (His articulation is still delightfully baby-like, though, which makes it all the more ADORABLE.) So again, don’t look at your son as an out-of-control attention-seeking brat-screamer: You’ve got a little communicator on your hands there. Listen to him. Respond to him. Attempt to replace these early eardrum-piercing attempts with something a bit more…quiet, like sign language and gestures and single, simple words (i.e. once you realize that he wants a cracker, stop babbling at him, get his full attention and say “cracker,” accompanied by the sign). I’m not going to promise that the screaming will stop tomorrow or next week and he’ll suddenly explode with signs and language, but it WILL happen. The best part is that he clearly WANTS it to happen, which is more than half the battle. 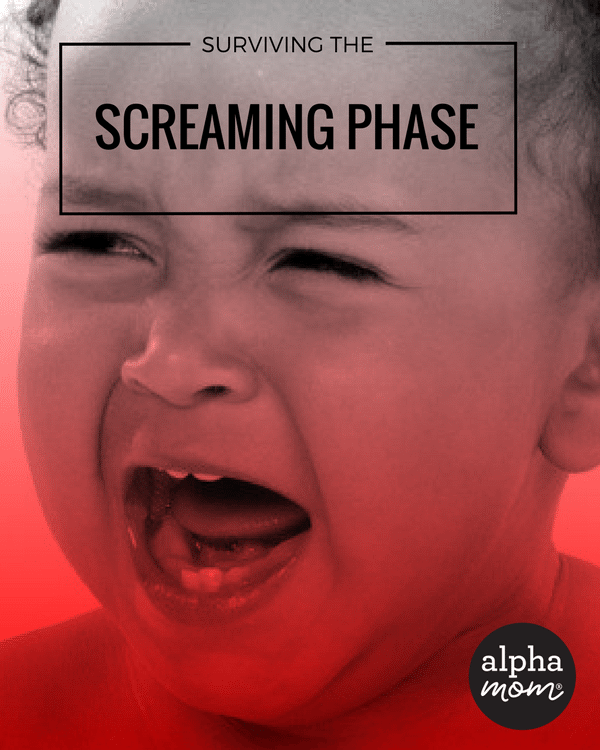