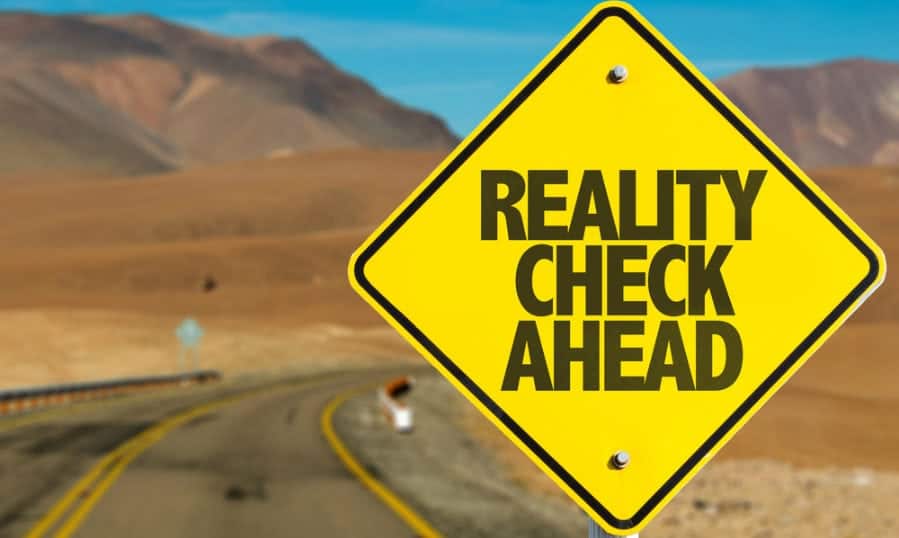 By this point in my life I’ve taken many family vacations. The good, the bad, and the “oh my god, that hotel bedspread is ugly.” And I’ve learned a lot of travel hacks along the way. But perhaps my best hack is this: when you’re on a family trip this summer, manage your expectations.

What I mean by that is be careful that you don’t set yourself or your children up for disappointment because you’ve placed too much importance on a grand experience they don’t care that much about. Let me explain.

When you’re on a family trip this summer, manage your expectations.

Years ago when we were on vacation in Hawaii, our hotel offered limo rides to the zoo. I thought my kids would be thrilled to sit in such a fancy car, so I paid for us to go and really hyped it up. And…they couldn’t have been less impressed. Their favorite memory from that vacation? The one they couldn’t stop talking about for weeks? The ride home from the zoo. On the city bus.

I was a bit upset with them for not appreciating the limo at the time, but soon realized that it wasn’t their fault. You can’t predict what kids, especially younger ones, will enjoy or not, especially on vacation. If you know this going in, you won’t be disappointed and pouty at a time when you should be relaxing.

My friend Lisa realized this after taking her son Bob around the world before the age of five, and then hearing him say his favorite part of his travels was the hotel ice machines. My friend Nancy’s daughter’s favorite part about their two-week trip to Spain was the toast she ate at the airport. “She could have done that in our kitchen,” Nancy groaned.

My friend Nancy’s daughter’s favorite part about their two-week trip to Spain was the toast she ate at the airport.

I’m not saying that you shouldn’t shell out money to take your small kids to Disney World, just don’t expect the Princess Breakfast to be the supreme lasting memory of their childhood. And they might be more thrilled by the waffle maker at the breakfast than by Jasmine, too. I know I would be.

Of course, when your kids are older, like mine, you have a better idea of what they’ll enjoy, but not always. Like last fall when we went to see the show Stomp in New York City because I thought my teen boys (ages 14 and 16) would like it. I bought four tickets in the third row, we sat in our seats, the show started…and my kids immediately fell asleep. During “Stomp.” While the cast was banging on trashcan lids. Granted, we’d gotten in late the night before and they didn’t find the show as exciting as I’d hoped, but still. A Broadway nap?

For that reason, and because of what I’ve learned over the years, I recently changed our plans to see Hamilton in Chicago this summer. I originally bought four tickets for us to go, and they were not inexpensive. Not hardly. When I told my boys the plan, instead of leaping for joy and hugging me delightedly, they’d both just shrugged. “You’ll love it!” I promised. “It’s going to be so great!”

But the more I thought about it, the more I realized that I wouldn’t fully enjoy the show myself because I’d be watching them to see how much they were enjoying it. I’d then gauge that enjoyment against how much I paid for the tickets, do some mental calculations, and be upset with them if they didn’t like the show in proportion to how much it cost. That maybe didn’t even make sense, but just know that everyone in this situation loses except for Lin-Manuel Miranda.

So, to the boys’ great relief, I sold their tickets. Now my husband and I will see Hamilton, the boys will stay in the hotel and order room service, I won’t have to worry about anyone sleeping through the show and everyone will have a nice night with no pressure or stress. They can see Hamilton another time when they’re more interested.

So when heading out for your big family trip this summer, be sure to pack your swimsuit, your beach reads, and your expectations. That’ll make it a good trip for everyone.