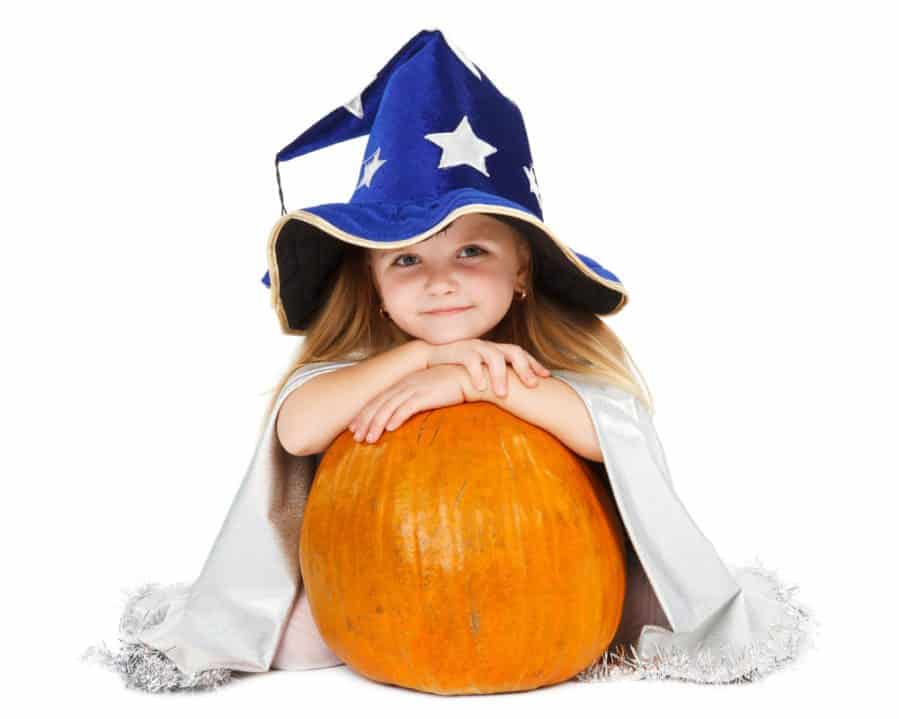 When I was pregnant with my daughter, I spent a lot of time browsing handmade Halloween costumes and thinking about all the adorable things I could dress her up as. One year she was a small monkey and the next year she was an adorable chicken. Then, at the ripe old age of 4, she discovered mass-produced Halloween costumes and now every year she begs to be some kind of Zombie Princess/Cheerleader/Prom Queen, a costume that costs $30, does not include accessories or makeup, and seems to imply that everyone in fourth grade is watching “The Walking Dead.”

I really dislike store-bought costumes — they’re mostly expensive, poorly made, and inappropriate. But what really kills me is that so many of them lack any creativity, which is really what makes Halloween fun. For me, at least.

I’ve always known that I wouldn’t be able to convince my kids to be a chicken and an egg forever (although let’s talk about how adorable that is — a CHICKEN! and an EGG!). But I draw the line at spending $30 so my daughter can look like a small undead prostitute.

What I’m saying is, I’ve been looking for DIY costume options that I might be able to talk my kids into. Here are three of my favorites.

Easy DIY Costumes for All Ages

1. Barnyard animal. Martha Stewart is definitely my go-to for great toddler and preschooler costumes. My favorites are either these adorable lambs or the fluffy chicken. I know you’re rolling your eyes right now and saying, “Right, it’s going to take me 127 hours to hand sew imported ostrich feathers all over that thing and Melissa, I love you, but I’m not doing it.” Listen, I made the chicken and it’s not hard — it’s just really, really cute. (One note: A commenter at Martha Stewart suggested sewing the boas onto a sweater instead of a leotard for the chicken costume. This is brilliant — it’s got to be easier to get a wriggly toddler into a cardigan than into a stuffed leotard.)

2. Robot. Elementary school is when kids start to have opinions about things like, I don’t know, what they want to dress up as for Halloween. It’s also when they start begging you to buy $30 Transformers outfits from Spirit Halloween because that’s what’s cool now, Mom. I’ve been trying to convince my son to be a robot for Halloween for the last three years. I’m dying to make small + friendly’s super simple robot costume. Maybe I just need to offer paint it so it looks like a Transformer. Do you think that will work?

3. Slice of pizza. Older kids are all about food, so why not dress up as something delicious. Of course, if I convince one of my kids to be a piece of pizza, I’ll have to remove everything but the pepperoni, just like in real life. Fortunately, Food Network’s DIY pizza costume lets you choose your own toppings, so they can be as boring as they want. If your kids are are more into sweets than savories, how about dressing up as a giant donut? No sewing required! Perfect.

More From Alphamom on Halloween