How to Make a Paper Snowflake Tutorial

Everyone knows that snowflakes in nature have a six sided symmetry, but most people shy away from making their paper snowflakes mimic nature in this way. Partly because we think it’s easier to fold and cut an eight- sided snowflake. Here’s a quick and easy way to fold yourself a six-sided one, without having to guess or measure how to fold something in thirds. Once you know this trick you’ll want to make all your paper snowflakes have six-sided symmetry.

You can use any paper for this, letter sized, A4 size, or perfectly square. Any excess will jut be trimmed off once it’s folded.

The steps above show how to fold your paper. First in half, then in quarters, then open up your paper to half again and fold one side in to meet the center crease that you just made. Now open it up again, so you have your sheet just folded in half. By doing this, you have made two creases that allow you to fold your halved paper exactly in thirds very easily with no guesswork. You can see in step five that with your folded edge at the bottom, you fold up one of the bottom corners to meet the second crease, making sure that the center point of your snowflake is at the center crease. Then it is easy to just fold the other side in to meet it. Now fold again along the center crease and trim off along the line shown in step seven. Anything you cut from this folded piece of paper should give you a lovely snowflake with six sided symmetry. 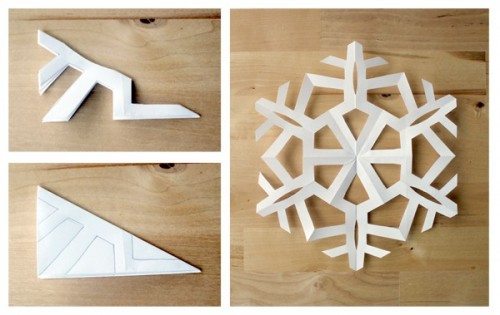 Simple cuts can make dramatic and elegant shapes when you fold a six-sided snowflake this way! 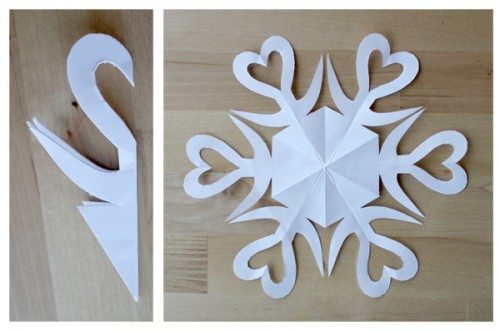 Leaving the center uncut will make a nice area to write a message. 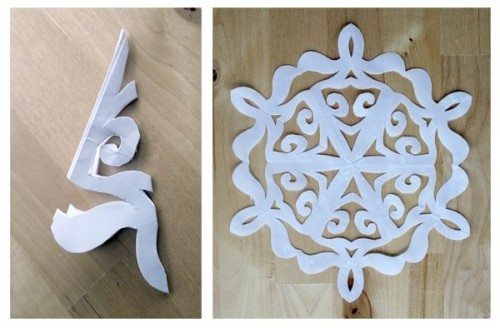 Using a square cut from some gift wrap will make a huge snowflake that you can use as a center piece for your holiday table, or glue-tacked to the wall for a massive and very cost friendly decoration! 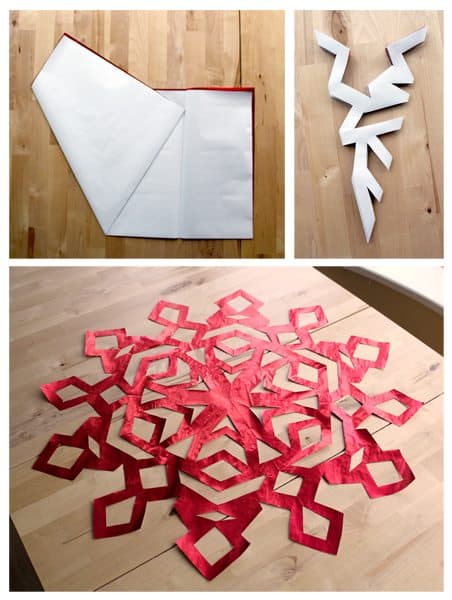 If you want your snowflakes to be in your windows and have them be a bit more condensation resistant, then putting them between some wax paper and ironing them on a low heat will melt the wax into the paper and give them a bit of water resistance. (This should be done only with a responsible adult) 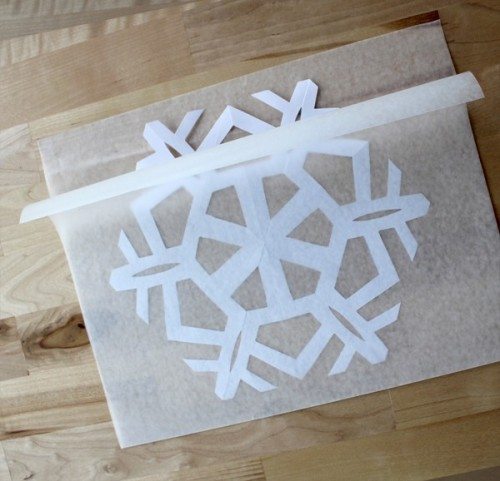 Paper snowflake cutting is one of the most enjoyable winter crafts for adults and kids alike and all you need are scissors and paper and that little bit of folding know how to make your snowflakes as lovely as the real ones outside!