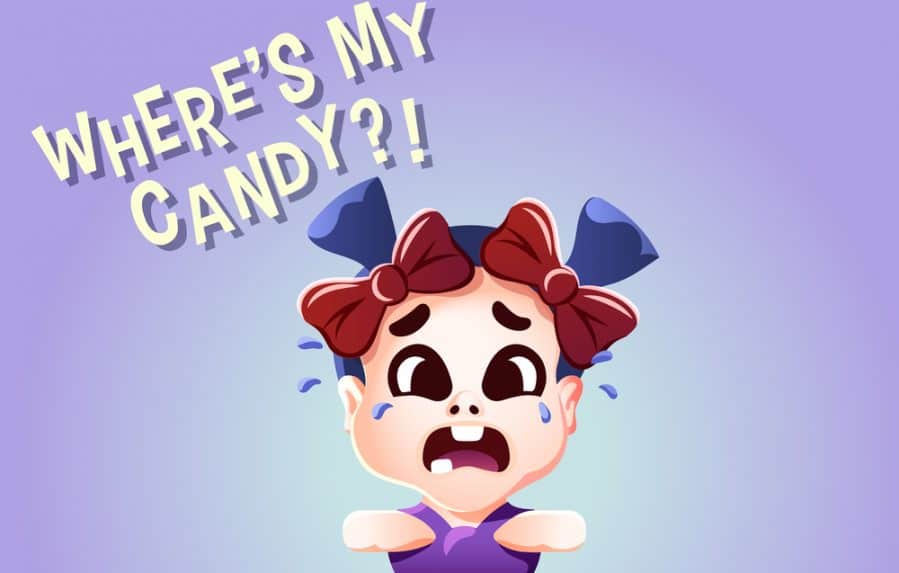 Another Halloween has come and gone. My kids’ previously beloved-more-than-life-itself superhero costumes and accessories are scattered throughout the house and I have no idea what to with this giant Minecraft box head. Our surplus candy is headed towards Operation Gratitude, and GUESS WHAT, my firstborn is officially old enough to realize that my husband and I go through their candy buckets after they go to bed and pick out our favorites, because we’re jerks.

His reaction on Sunday morning was pretty funny, an accusatory HEYYYY WAITAMINUTE and a shocked/horrified look as my complete lack of a poker face betrayed my guilt. They get so much candy! They’ve never noticed! I had no idea he’d taken inventory this year to protect his stash from his younger brothers, never realizing that HIS PARENTS were the bigger threat.

So I guess that’s one tradition we won’t be continuing next year (j/k I have two more who have no idea I have a weakness for Baby Ruths and Swedish Fish).

Another tradition I’m not so sure about anymore: Jimmy Kimmel’s Annual Halloween Candy Prank, in which parents tell their children they ate all their candy while filming the reaction.

I am not going to lie. I have watched the resulting montage of the “best” reactions every year — this year apparently had RECORD participation, and I admit a couple of the reactions did make me laugh out loud. (TURKEY BUTTHOLE!) And some of the kids’ choices of words for their parents are pretty damn cute. (GO GET A JOB!)

But every year, my feelings get conflicted pretty quickly. The sobbing, the disappointment, the sense that some of the parents are letting the joke go on a BIT TOO LONG in hopes of their child’s theatrical reaction escalating even more. I just…I don’t know. I end up feeling a bit icky by the end, similar to how I’d probably feel if I did eat all that Halloween candy in one sitting.

In the end, of course, the kids get their candy back and presumably all is well and they probably all find something else that is Literally The Worst Thing To Ever Happen To Them five minutes later. (A couple kids in this year’s batch are repeat marks and cheerfully inform their mom that they’re not falling for “that Jimmy Kimmel thing” again, so clearly there’s no hard feelings.)

What do you think? Is the prank too mean? A harmless bit of fun? Have you participated or plan to or just can’t even imagine doing that to your kids?

I have zero plans to ever do this, filmed or otherwise, but it doesn’t look like the candy prank tradition isn’t going away any Halloween soon.

(And okay, I’m imagining my kids hypothetical reactions and you know what? lolololol.)

(Still not doing it though.)

More on Parenting and Halloween Here: