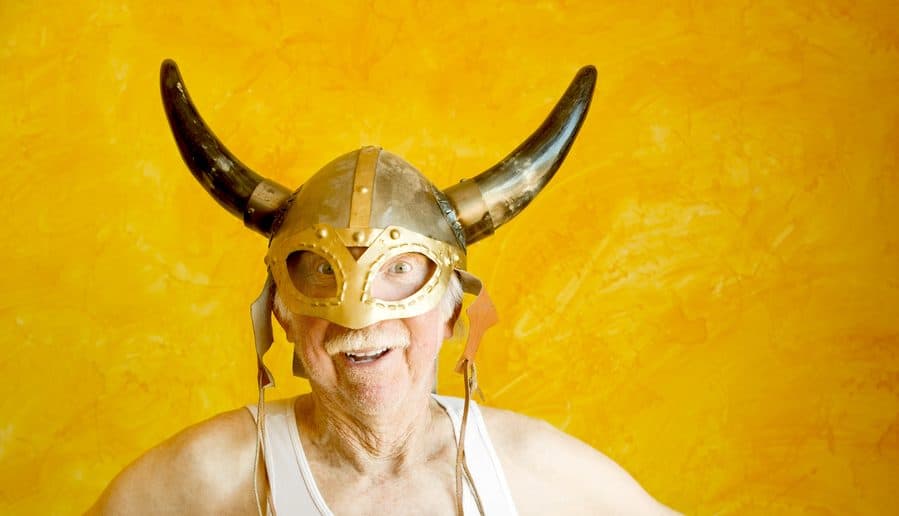 How Old is Too Old for Trick or Treating?

My twelve-year-old son plays on his middle school’s football team. They have games on Monday nights at 7:00pm. This is relevant only because when I realized that Halloween was on a Monday I said to one of my friends that my 12 year old wasn’t going to be able to go out trick-or-treating this year. She acted like I had two heads. “He is far too old to go out trick-or-treating anyway!”

Far too old? Really? I didn’t think that there was an age limit. When it comes to trick-or-treating, I think desire trumps age.

My oldest kids decided to stop trick-or-treating on their own when they were probably about 14, or late middle-school age. At some point they come to the realization on their own that trekking miles through the suburbs for fun-sized candy bars isn’t worth it. Especially if Mom is willing to buy a bag of candy for everyone to share. My oldest went out last year again for the first time in several years with a group of friends. They all dressed up in morph suits, which are like colorful body stockings that cover you from head to toe. (I feel like I must point out that they wore coordinating shorts over their suits.) He said they posed on people’s front door stoops after ringing the door bells. Everyone loved their costumes and no one gave them any sort of hard time about being too old to trick-or-treat.

There are far worse things for teenagers to be involved in than trick-or-treating. If they want to hold on to this childhood tradition, why not? Soon enough they will be full-fledged adults. Adulthood is forever.

We are living in a time where people are constantly lamenting the fact that children are growing up too quickly, acting like adults long before their years. Look at the costumes that are available in the big stores. Every year the choices become more and more gruesome for boys, while the girls costumes become more and more like street walkers. I can clearly remember being in 5th grade and dressing up like a bunny and my friend dressing up like a cat. My daughter finds both those choices “babyish.” She is eight. And if the costumes she has circled in the fliers that come to our house are any indication, she would like to dress up as a fairy-whore. Uh, yeah, not happening. In my house the rule about costumes is no serial killers or hookers. You would be surprised the amount of costumes this eliminates.

Some cities have gone so far as to ban children over the age of 12 from trick-or treating. This makes me sad. I’d love it if a city passed a ban on store-bought costumes, forcing everyone to make their own. Let’s bring back the cardboard box dice, the green-faced witches, the cheerleader, the sports figures… Okay, I don’t really want that sort of ban to actually happen, but a girl can dream of the day when all the costumes weren’t covered in blood or seen on every third child.

What do you think, is there an age which children should stop trick-or-treating? Does it bother you if teenagers in costume come to your door? Should cities pass age restrictions on trick or treating?

Read more on Trick or Treating: