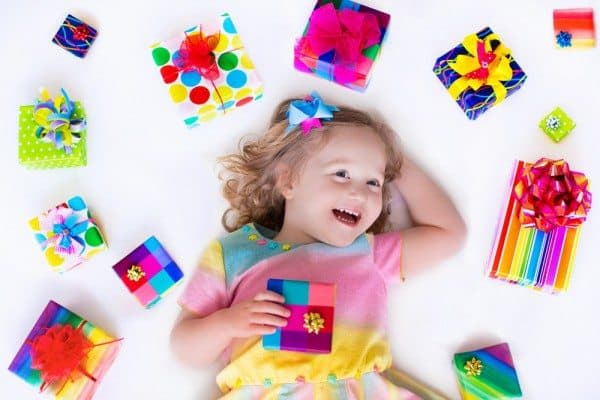 What to Do When Grandparents Play Favorites

Thank you so much for answering my question regarding my husband’s family and their gender bias ways. I am happy to report, that while the problem isn’t 100% solved, it has gotten better. I finally got the nerve to call out my SIL when she called my son something along the lines of a “rough boy” while completely dismissing her daughter’s behavior. I somewhat nicely said that I didn’t think it was fair to have a double standard on the kids when they are the same age. She was very apologetic and has been better (at least around me) since. We’ve also been hanging out with them less (adding a second kid will do that), but I think the biggest change is my attitude towards it. I think you are totally right about the special snowflake parenting being a big part of the difference, and keeping that in mind while we are together keeps me from getting so annoyed about it. So thank you for that!

So that brings me to my follow-up question. I casually mentioned that Grandma favors my niece in both attention and present giving. This behavior cues so much momma rage in me and then you pretty much wrote my exact thoughts on the issue at the end of your response (“And P.S. Grandma being unfair with presents. Dick move and should be pointed out to her. By your husband [since I assume it’s his mother] tactfully and in private.”) and I was all YES YES YES. But before I make my husband follow your advice and send us down that blazing trail, I feel like you need the full story.

So Grandma is actually step-grandma. My MIL died years back, and FIL got remarried recently. We have all made a serious effort to get to know her, like her, and make her a part of the family because we are so happy that FIL is happy and has a companion to do life with. But, her current behavior has me pretty much hating her and it taints everything she does.

Step-MIL has two sons, and clearly resents not having a girl (she has mentioned how she was disappointed that her second was a son, which is so terrible to say!). This helps explain her behavior towards my niece. But she makes it so obvious and terrible and it makes me angry to no end. For example, my son and niece are very close in age, so have birthday parties within weeks of each other. She showed up to my son’s birthday with a very nice present for him, and an equal girl version present for my niece. Then showed up to my niece’s birthday party with 7 (I kid you not, 7) really nice presents for her. Nothing for my son (nor would i expect anything because that’s rude). Christmas was the same (but worse). They each had a big bag filled with 3-4 of the same things, then niece had 2 more things.

Grandpa love love loves both of his grandbabies and treats them equally. But is a super quiet man. The year he went shopping for both kids they both got the same exact things, so he’s not the issue, but would also never call out or fix the issue. He did make an embarrassed comment to my husband about it when they walked in with all the presents at niece’s birthday, so he does see it.

I’ve spoken/vented to all of my regular confidants (husband, best friend, sister, mom) and they all agree that there’s nothing I can do about it and I will just have to stop letting it get to me. My sister also thinks it might be related to the fact that my SIL and her husband are at a lower income level than us, but I think that’s no excuse.

So now that you have my full side, what do you think? Can we call out step-MIL? Lost cause and I just have to get over it? Can I stop inviting her to parties (haha, in my dream world, I know this is not actually possible)?

Thanks in Advance,
Raging Mom

Yeah, I still stand by my original opinion that this kind of blatant favoritism needs to be called out, although the fact that it’s a newish step-parent does make me rethink how the actual calling out needs to happen.

As for everyone telling you to just get over it…I generally don’t think it’s worth sweating when there’s a minor one or two present difference in a sea of other Christmas/birthday gifts. And it’s pretty obvious this is more of a selfish wish fulfillment sort of thing for your MIL (“Girl stuff is so fun! I always wanted to buy girl stuff!“)  rather than a reflection of Which Grandchild She Loves More. It’s possible that you’re fixating on the gift aspect a bit more than you should given the other gender-based favoritism/discrimination you’ve felt on your son’s behalf.

BUT! Man.  I’d have a REALLY hard time if a relative brought a birthday gift for another child to MY child’s party, and then went completely overboard again just a few weeks later. (With my child being excluded from round two.) That’s like one kid getting the $100 Lego set and giving the other a grab bag of crap from the Dollar Store. This is something that cannot repeat next year.

Your husband needs to involve his dad

He needs to put pressure on him to do the right thing here and TALK TO HIS WIFE. He’s noticed and he’s (rightfully) embarrassed, and he’s also a grown man who needs to speak up. If he loves his grandbabies equally (which I believe he does), he needs to sack up and intervene before the kids are old enough to notice the disparity and your son gets his feelings hurt.

Your FIL felt embarrassed, and I sincerely hope he did say SOMETHING to her at some point, even if it was just a weaksauce “honey you need to chill.” Would your husband be able to talk to his sister about it? Just because her daughter is the “favorite” doesn’t automatically mean she’s okay with such a blatant display of unfairness. (Not to mention that a buttload of unnecessary presents can end up really being a pain. I’ve flat-out begged my in-laws to please please go light on the birthday/Christmas haul because we simply have no need or space for half the crap my kids receive. One present is plenty! Or a couple bucks in a card! ) (They will never listen. Ah, grandparents!) I’d personally be pretty annoyed with such over-the-top spoiling, DOUBLY so if it was coming at the expense of my nephew.

Perhaps your SIL and your husband can present a united front to your FIL and ask him to please talk to his wife about it? And if he won’t, the two of them together can go over his head and right to MIL (so it’s more about the fair and equal treatment of the cousins, rather than your husband complaining that your son didn’t get enough “stuff”). Her favoritism in general is super annoying, but to start I would focus mostly on the birthday situation, since that was clearly so blatant and over the top. And I would recommend letting go of the more minor examples, stop counting/adding up price tags, and remind yourself that this is about HER and not actually about YOUR SON being loved “less.” She just doesn’t have as much “fun” shopping for “boy stuff” and that probably will never change. Reminding her to not let the “fun” blind her from being fair is reasonable, but you’re probably going to have to let the occasional impulse buy/extra gift roll off your shoulders.

(I am 99% sure my niece gets more “girl stuff” from my MIL for similar reasons, right down to having sons and wanting daughters, but luckily we live seven hours away and don’t spend Christmas or birthdays together, and also I DON’T CARE, STOP BUYING THEM SO MUCH STUFF ANYWAY.)