Twitter Facebook Pin It Email Article
Prev When Family Lets You Down Next MIL (and Grandma) Issues: Is Two Strikes Enough To Be “Out?” 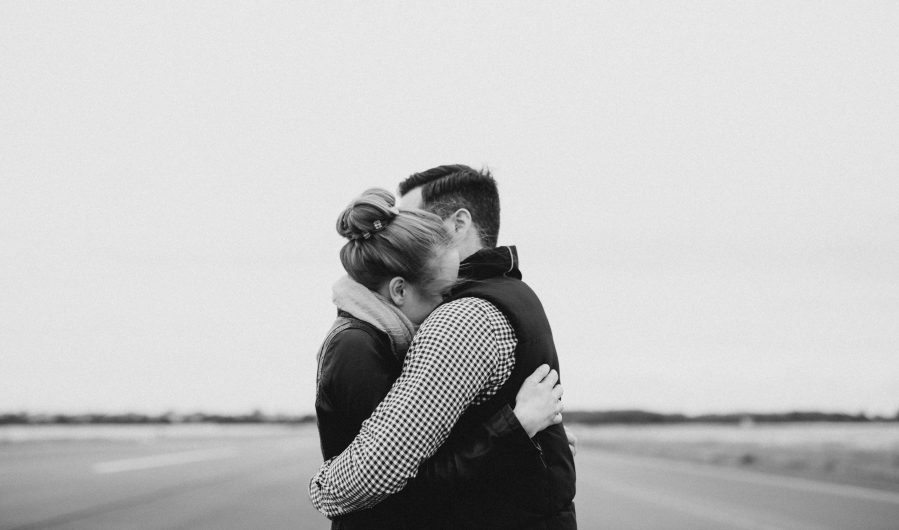 Can a Marriage Survive an Affair During Pregnancy?

I love your advice column and the frequent laughter that often ensues after, but unfortunately I need advice…and it’s much more heavy than your usual posts. I’m not really sure where to turn; hence my email to you.

How do I know when it’s time to seek the dreaded d-word? Divorce. Is there a magical checklist that helps one make that hard decision?

Let me back up. Nutshell version of events: my husband and I have a 1.5 year old beautiful baby boy. When I was 8 months and 3 weeks along in our pregnancy, I found out that my husband had been unfaithful…essentially our whole pregnancy with his ex-girlfriend whom he indirectly works with. He swears it was just an emotional affair -nothing physical, and I only have proof of racy emails back and forth (including ones signed with “love you” and “love you too.” Oi.) This spiraled me into a crazy pre-partum depression, one that I’m convinced caused my water to break early, that ultimately ended with 61 hours of labor and an emergency c-section (but a healthy baby boy).

Anyways, fast forward a year of couples therapy. I have also since then contacted the ex and expressed my anger with her involvement in a mature and articulate way, which much to my surprise was met with apologies and “I’ll never contact your husband again.” In the words of Katy Perry: Swish swish bish.

You’d think I’d have some closure at this point, right? I would have thought at this point I’d trust him more and resent him less. But if I’m honest, I don’t. I’m still mad that he cracked the foundation of our marriage; one that might never get repaired. I’m upset that the last month of my first pregnancy was drama, stress, depression and self-loathing. That I was so overwhelmed by the emotions caused by his affair (emotional or otherwise) that I spent the last few weeks of my pregnancy crying in bed instead of decorating the nursery.

So back to my questions. Does the sting of betrayal ever go away? Are couples who have faced infidelity inevitably doomed? Or is this a crazy bumpy road in our marital life that I should try to ride out? Now that my son is involved, I want to try to make this work but I’m a bit defeated that I still harbor negative feelings towards my husband (who by the way, still runs into the ex-girlfriend at work from time to time). When do I know it’s time to call it quits?

I thank you for any guidance you can give a new mother in this emotionally turbulent, confusing time.

I am so, so sorry you’re going through this. It all sounds incredibly painful and hard and just plain sucktastic.

I have not walked this particular path in your particular shoes, but I don’t believe there’s one path for everyone on the other side of an affair. There is often divorce, yes; there are also temporary separations that lead to reconciliation. And for many couples, yes, there is also ultimately forgiveness.

I can’t tell you which path should be yours, nor would I judge you for taking any one in particular. For now, I certainly don’t blame you one tiny iota for not being ready to fully forgive and trust him again. I can also only imagine how impossible of an idea that probably even feels to you right now. The fact that this all went down when it did — while. you. were. pregnant. with. his. child. — is completely, objectively loathsome. (And I don’t give a rat’s ass that it wasn’t physical, by the way. Some people might have an easier time with that distinction, while others view affairs that are simply about sex and sex alone easier to move past. Others can’t stomach either! Like I said, there is nothing one-size-fits all for navigating these kinds of situations.) He straight up ruined the final weeks of your pregnancy and essentially tarnished all your important memories surrounding it. You spent your first weeks and months of motherhood trying to process all the normal postpartum crap and stressors of a newborn, along with, oh hey the father of my child completely betrayed my trust.  I mean, there’s a reason that in the Hall of Dirtbags, men who cheat on pregnant wives/girlfriends hold an especially high ranking.

All that said: Is divorce the only inevitable option? I have no idea. I have definitely known couples that have moved past affairs and stayed together. I have also known couples that did not. I’m glad you guys have tried couple’s therapy — that’s obviously the first step to take. I THINK, at this point, the next logical step is to integrate individual therapy for you and you alone with your current therapist. Not because there’s anything WRONG with the fact that you are still harboring negative feelings and need to be “fixed,” but because you’ve been tasked with navigating an ENORMOUS emotional/psychological minefield here. There might be bombs going off in your brain that you don’t want to let detonate unfiltered in your couple’s sessions, or you aren’t ready to reveal to your husband that you’re at a point where you’re writing for divorce advice from people on the Internet. But these are things your therapist needs to know and can help you work out a communication strategy with your husband. I don’t think it’s abnormal (or a sign that it’s not “working”) that you’ve been going to therapy for a year and still don’t know “what to do” about this. It’s just ALL SO MUCH, on top of being a new parent.

I think it’s very important, by the way, that any individual therapy should be done WITH the couple’s therapy. Everything I’ve read suggests that marital problems of all stripes (not just cheating) should be dealt with by a therapist who has worked with both partners and seen first-hand how they interact and communicate with each other. It’s natural for someone who feels wronged to present things as all the other person’s fault, and without the full context a therapist can start to “side” with their patient against their spouse, rather than help the patient do their full part to improve the relationship. (Here’s an article that explains it better.)

Your wounds could just be too fresh right now, but will heal in time. Or you may find that the scars are too permanent and prominent to ever really forgive him for, or at least enough to stay married to him. I don’t know, but I really do wish you the best no matter what you decide.