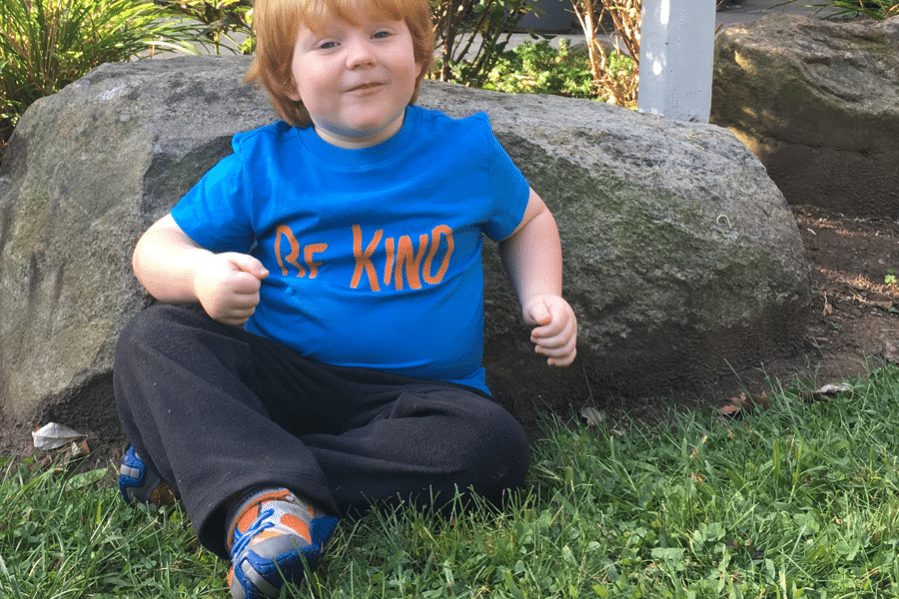 Hashtag: ChooseKind. (Showing Kids How to Make an Apology and Accept One)

A couple of weeks ago, my youngest and I were sitting outside waiting for his brother to get out of piano class when we were witness to an interaction between a local resident and mail carrier.

There was some commotion and the boys were confused and asked me what had happened. Kids can sense when things are amiss. In this particular interaction the exchange escalated unnecessarily and I went on to explain that sometimes a person can make or break another person’s day. I told the kids that I felt that the woman had reacted far too harshly toward the mail carrier, and that she quite possibly ruined that woman’s day.

“Well, say you’re having a great day and then out of nowhere someone does something mean to you, it could be something small, but that smallest thing could bring your mood straight down to the pits. It could break your day. On the flip side, you could do the simplest thing for a person, like buy them a cup of coffee, help them carry something, or even tell them they look beautiful, and that could totally turn their day around. Our actions matter, even the ones we choose NOT to do.”

My 10-year-old, Emory, started camp this week. It’s a camp that offers a bunch of different disciplines, taught by professionals from around our community. The camp is for kids, ages 6-12. They offer diverse classes from stained glass to video game programming. The kids love it. It’s wildly popular.

All the “boring” day-to-day stuff—like making sure hundreds of children find the right room; making sure each child receives the correct lunch; making sure no one wanders off without a proper grownup—all of this is run entirely by teenagers referred to as “The Yellow Shirts.” They don’t get paid for what they do, at least not for the first year. Some may do it because it looks good on a college application. Some do it to feel valued and important. Some do it to learn. Some do it just for fun.

All work their asses off. There is no way this camp would function without The Yellow Shirts.  They are the foundation of the entire program. These kids run the show.

On the second day of camp, my babysitter had taken the two younger boys to the pool so I could get some work done. She was late returning them to me and so when they finally pulled up in the car, they were both still wet from the pool. I had to pick up Emory from camp in 7 minutes. The sitter had to be elsewhere. I didn’t have time to dress them. I didn’t even have time to put on their shoes. I simply piled them up into the car, half-clothed and still wet, and drove off to fetch my oldest.

The parking lot was a total madhouse. And normally, I’d have parked up the hill and walked down with the two younger kids. But they weren’t wearing any shoes. So I made the only decision I could: I would double-park, right outside the cafeteria where pickup took place, and I would watch them from the open cafeteria door.

“Don’t move.” I told them. “I will be RIGHT there. You see that door? I will be RIGHT THERE. I’m going to grab Em and we’ll get out of here as quickly as I can.”

I was admittedly stressed out. I was late. I left my kids in the car, and even though I could see them, I still felt uneasy. I’d also parked someone in. As I walked up to the cafeteria door, the person whose car I’d blocked made it abundantly clear that this was NOT going to work. She had to leave STAT, and I had to move the car immediately. She wasn’t very happy.

I ran back to the car, climbed in and moved it up a car-length. Meanwhile someone else took her spot, so I chose to block another car.

At that point the entire cafeteria was full. Every class had let out, and The Yellow Shirts were directing the kids to each table denoting what class would be where. I stood in the doorway watching the car, and every now and again looking back across the sea of kids hoping to make eye contact with Emory. I needed to find him before the owner of the other car returned with their child.

He showed up behind a couple of Yellow Shirts, two girls who couldn’t be older than 15.

“We have to go NOW.” I said to Emory. “Your brothers are in the car and I parked someone in. NOW.”

One of the girls said, sweetly, “Can you please sign him out first? The clipboard is here, I just have to find a pen.”

“Do I have to sign him out? I’m his mom. I can’t stick around while you look for a pen. I thought this was over at 2:40. What happened? It’s 2:50. I have to get back outside RIGHT NOW. This is crazy. I’m double-parked. We have to leave NOW.” I was dismissive and my voice was stern, like somehow this had been their fault, something they had control over.

All Yellow Shirts need to follow a certain protocol. She couldn’t let him leave without my signature. And a better version of myself knew this, and greatly appreciated it! But the current version of myself was so stressed out, so upset, I let my frustration out on these two young girls.

“FINE.” I barked, sounding like the biggest brat. “Whatever!”

The girls cringed, but still managed to save their smile. Even in my frustrated state, I couldn’t help but notice how well they were handling this. Me.

I followed them to the table, grabbed the pen, signed the sheet and then tore off out the door.

The car was fine. The boys were fine. The person I’d blocked in hadn’t yet returned. Everything ended up being A-OK. And I immediately felt awful.

“Well, I wouldn’t say you were, like, REALLY, really mean. But you weren’t very nice. You could have been a lot nicer. They’re just Yellow Shirts. You know? They’re basically kids.”

My heart sank. They are just kids. Kids not much older than the one currently talking to me.

“I should pull back around and apologize.”

“You can’t do that, mom. It will take forever and you’ll have to double park again. Just apologize tomorrow.”

On the drive home I explained to the younger two what had happened and how I reacted poorly because I was stressed out and not handling things very well. Once home, Emory and I hatched a plan: I would bring the girls something sweet. And I would apologize for my behavior. 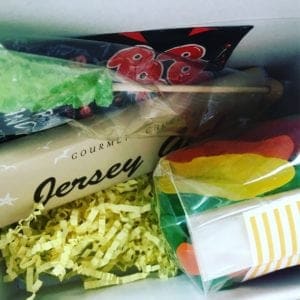 All afternoon and well into the evening I kept playing it over and over again in my head, fretting about how I’d acted. I came up with ideas, ways to avoid letting the actions of another person turn my decorum on its head. I had had the power to stop the potential waterfall of negativity spewing forth, out all over our world. And I failed.

Later that afternoon, I arrived early for pickup. I got a spot right outside the cafeteria. The other two boys were at home with the sitter and so this gave me plenty of time to apologize. The cafeteria was eerily empty.

By 2:40, the place was an absolute madhouse. And when the two girls showed up, trailed by the campers signed up for fencing, I offered them each a box of candy and a small bouquet of flowers.  I also handed them letters I had written.

But most importantly,  I apologized to them.

I told them I handled myself very poorly and that it wasn’t anything they had done. I told them that they are such hard workers and that we’re so grateful for everything they do. Effectively, I told the entire fencing class of young kids, as well as anyone within earshot, that I had treated these two young girls unfairly, I let my grumpiness cloud their otherwise decent day. And that I was sorry.

The girls were gracious and said it wasn’t necessary. They said they’re used to the madness and stress of signing people out. But that’s the thing: these kids shouldn’t have to get used to stress at age 15. And I certainly don’t need to add to it.  They accepted my apology and for that I am grateful.

I truly believe the smallest action (or inaction) can change the course of a person’s entire day. Virtually everything we do has consequences, most of which go unseen. We move in and out of the lives around us, cross over and under one another in the most intricate ways. And so, even when we feel like everything is falling down around us, and we feel like crying because everything is just so damn unfair and impossibly difficult, we can still choose nice. After all, it’s not your fault.