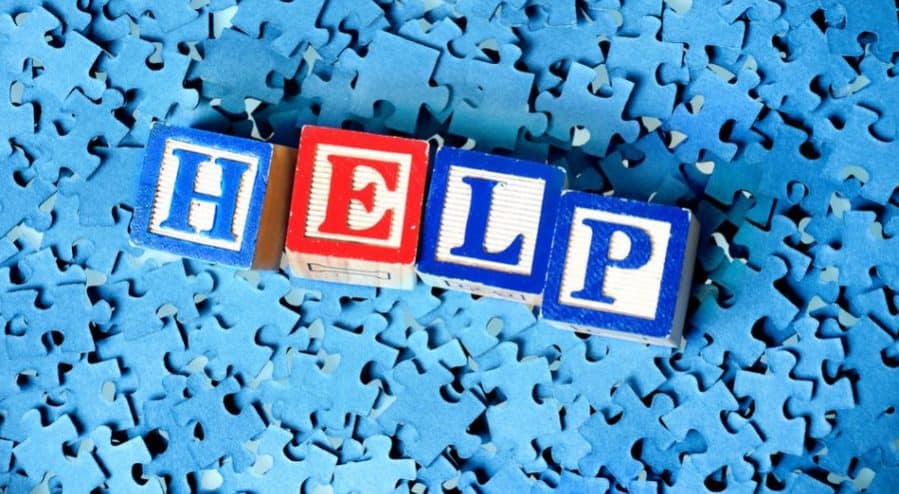 There’s a rift happening between myself and my best friend, I don’t like it, and I could use some advice about how to stay connected with an old friend who is also a new mom.

Her baby is about 7 months old, and I haven’t been able to be around as much as I’d like to be. We used to live about half an hour away from each other, so it was pretty doable for us to hang out after I got off work while she was pregnant and for me to go over some weekday evenings after work when the baby was really little. But recently my husband and I have moved, so now we’re more like 1-1.5 hours apart, and I’ve taken on a second job. I have very little spare time (most weekdays I leave the house at 6:30AM and don’t get home until 11PM or later), and by the time I get off work in the early afternoon on weekends, I just want to go home and take a nap, do some laundry and spend some time with my husband.

I know she’s feeling a little neglected because we’ve only seen each other twice in the past 3 months, she’s a SAHM and I know she’s lonely and bored during the day, and since I’m not a mom yet I can’t relate to anything she’s going through, no matter how hard I try. She’s asked a couple times if I could come over after work on a weekend, but it’s 30 minutes in the opposite direction of my house, and by that point I’ve had to drink a ton of coffee just to stay awake through my shift and I’m exhausted (I’d probably fall asleep in the middle of their living room floor). It’s pretty inconvenient for them to come all the way to our house, too, because of distance, traffic, feeding schedule, naps, our house is super not-baby-proof, our dog is an overly-excitable idiot, etc. (we’ve tried). I want to stay connected, we’ve been friends for over a decade, I just don’t know how to do that right now since the face-to-face time has always been how our friendship works, and it’s not really an option right now.

Do you have any advice about how to stay connected with an old friend who is a new mom, when we’re stuck at a distance? I can feel our friendship starting to falter and it worries me; she’s my best friend, I adore her son, and I don’t think either of us want to fade out of each other’s lives. Our friendship has always been a priority to me, her baby is the apple of my eye and I LOVE being his “auntie,” I could really use some help figuring out how to keep them a priority and keep our friendship alive while we’re stuck in this weird place. Thank you!

This is a really tough question about an even tougher situation. And as a person who has seen many, many friendships fade, weaken, or just plain up and vanish over the course of my life, I might not be the most qualified person to be offering advice.

When I saw your subject line (“Keeping a friendship alive with an old friend/new mom“), I assumed this was going to be one of those situations where the new mom disappears completely into an anti-social form of motherhood, or only wants to talk about baby-related things or do baby-related activities. Instead, we’re talking about a friendship that’s pretty much facing EVERY challenge in the friendship book, all at once.

To be honest, I’d say the fact that she’s a new mom ranks fairly low on the list of things threatening your relationship right now, as she’s at least reaching out consistently-ish with invitations, made the trek to your house, you seem pretty into babies and her baby in general, etc. But obviously it’s always a difficult thing to admit that you and a friend don’t have as much in common anymore, but in my experience, denying or flat-out ignoring that fact doesn’t help “save” the friendship.

In a way, both of you have shifted into lifestyles that require a lot of sacrifices when it comes to your free time and ability to hang out with friends like you used to.

Also in my experience, any move further away can have a much bigger impact on your friendships that you might anticipate. We moved 45 minutes away from our old neighborhood and given how often I’ve seen a couple formerly very close friends in the past nine months, you’d honestly think we moved to Siberia. We all made big promises at first, made the drive a couple times, then plans/invites became more and more infrequent, or tended to remain tentative right before falling through at the last minute.

But really, what’s killing this friendship–and I imagine your social life in general–is your absolutely brutal work schedule. I’m going to assume that second job is a 100% vital necessity, but MAN. You’re working seven days a week, and on five of those you’re spending over 16 hours away from home. Just thinking about working and commuting that much makes me feel exhausted and anti-social on your behalf. With that little free time, I feel like your friend could live next door and you’d still never get to see her, beyond maybe waving through the window as you come and go (and come and go) to work. It’s perfectly understandable that you just don’t have the emotional or physical bandwidth to make social get-togethers the priority they once were.

In a way, both of you have shifted into lifestyles that require a lot of sacrifices when it comes to your free time and ability to hang out with friends like you used to. She has a baby; you have a bonkers work schedule. So if your friendship is going to survive, it has to adapt to the present circumstances and learn how to exist without the steady face-to-face interaction. Can you guys at least text each other regularly? Chat on Facebook, Skype, Snapchat. etc? Send each other the occasional surprise gift or handwritten card? I have quite a few friendships that operate this way almost exclusively now, either because of distance or just schedules that rarely sync up. I mean, I admit that texting goofy .gifs back and forth a few times a day isn’t the same as having a regular Wednesday happy hour meet-up, but it at least lets us both know that we’re in the other person’s thoughts, and the regular check-in means we can keep up with each other’s day-to-day lives. And those are both pretty important components of a lasting friendship.

The more you guys keep trying (and failing) to make face-to-face stuff happening, the more those repeated failures and frustrations are going to chip away at the foundation of your friendship. You both need to accept that SEVERAL big changes have come along that make your “old way” of friendshipping (shut up, it’s a word) obsolete. It’s time to adapt  and evolve and figure out a new and better way. And it will likely take the form of some kind of app on your phone, yes, but hey. Modern tools for modern life. In the old days, people had to write letters to stay in touch with old friends. Or like, call each other on the phone. That was attached to the wall in your house. And it had a cord and no speed dial. And it was uphill in the snow both ways! But if you couldn’t see each other in person, that’s what you did.

My LAST suggestion might also uncover yet another potential landmine here, but I’ll make it anyway. You mention trying (and again, mostly failing) at hanging out at each other’s houses. Which requires a big driving/time commitment for one person. Is there a reason she can’t meet YOU after work on a weekend, someplace close to your job, or between your job and your house? Have a set monthly Saturday/Sunday super-late brunch get-together or something? I get that you’re exhausted and need to be uber-protective of your free time, but since you clearly value your friend and fear for its future, could you make something work with her so long as it didn’t require so much extra driving?  Or is another problem that she doesn’t ever want to leave the baby with anyone else (even her partner), and doesn’t like to take the baby out to restaurants and stuff like that? Because I’ve known new moms like that and as the complete opposite sort, it always struck me as needlessly restrictive. A 7 month old can sit in a high chair for an hour while you chat and catch-up, amused by the contents of a diaper bag. Or a 7 month old can stay home with Dad or Grandma while Mom gets a break and meets up with an old friend.

Either way, as you guys attempt to figure out how to make the friendship work without quite so much face-to-face, committing to making something work once a month might not be a bad idea, provided you can each meet each other halfway on the distance/convenience factor.