Twitter Facebook Pin It Email Article
Prev Friendships in Peril Next Beyond Date Night: Nurturing Your Partnership Amid Life/Parenting Frenzy 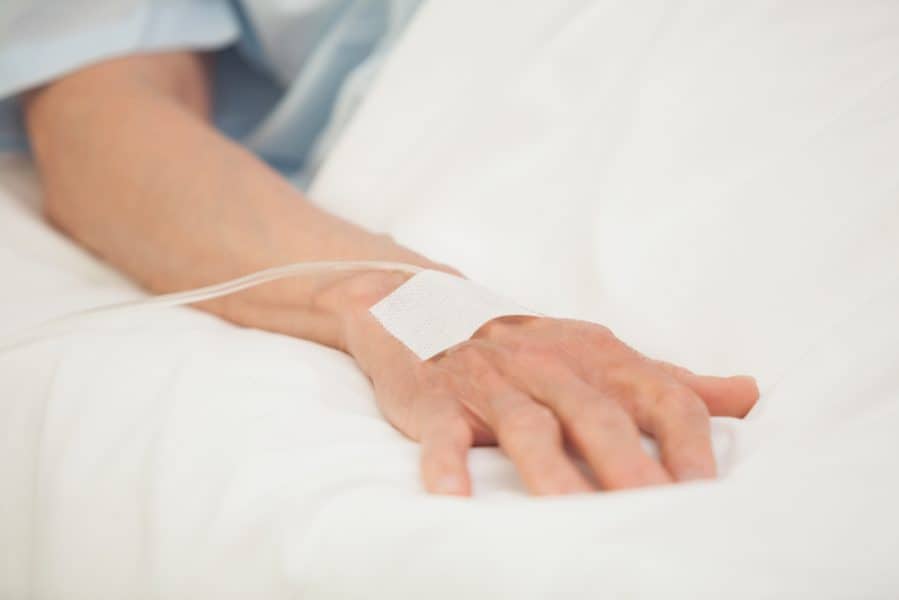 This is a Story About a Bunch of “Probably Nothing”s

I imagine that many couples with mid-to-late-teenage kids feel that they’re approaching a finish line. Not that you’re ever done being a parent, of course, but at least once you get them out the door to college or whatever, the day-to-day parenting stuff slows down. (Right? Lie to me, if you have to.) I know we are not unique on this. On the other hand, my husband joined the family when my kids were 7 and 9, which means he missed the needy infant/toddler years, yes, but also that we never had a “just us” time. Unlike couples who have years to themselves before children arrive on the scene, he jumped right into the thick of our family unit the moment he said “I do.” And—lucky guy!—we didn’t turn out to be a very typical family. Between my youngest’s autism diagnosis and a prolonged period of mental health crises for my oldest, and the homeschooling, and the brief custody change, and and and and… you get the idea.

We never really had a honeymoon. And we definitely didn’t have the luxury of a honeymoon period. It has never been “just us.” It’s always been all of us.

As the kids grew older and some things calmed down, well, there were still school activities and meetings and teaching teens how to drive and juggling cars and taking dogs to the vet and visiting colleges and figuring out who was making dinner. My standard greeting to my husband—for the last year or so, whenever I’m lucky enough to find myself alone with him for a few moments—is, “Hey! I remember you!”

A second marriage is a funny thing, or at least it has been for me. I thought I knew everything when I got married the first time. (Go ahead and laugh. I did.) What I knew the second time for sure was how little I knew, and how important it is to never assume that love is enough. There’s love, and then there’s hard work. If you have the sort of life that doesn’t go as planned (and, really, isn’t that most of us?), love is great, but it’s the hard work that keeps things together.

Anyway. All of that is preface to this: The oldest kid just graduated from high school and is working hard and saving money and leaving for college at the end of summer. The other kid is working at the university where he’ll be taking classes in the fall while finishing up his senior year. They are happy and productive and even helpful and charming, most of the time. We are—finally, impossibly, amazingly—on the downward slope of this child-rearing thing. The kids are both in a great place. For us, especially, this feels like an unimaginable gift. These two kids have both been through a lot, and they’ve triumphed. And my husband and I, well, we can hardly believe it will soon be just the two of us, at last. My husband often wants to start planning for that What’s Next time, while I’m more likely to shoo him away and tell him not to jinx it, let’s wait until the youngest is situated at college and then we’ll figure it out.

I can’t say for sure if that’s why my husband waited a couple of weeks to tell me that he’d had, you know, probably nothing at all, in retrospect, but just… um… kind of some chest pain? Twinges, really. He didn’t even know why he was mentioning it (this last bit as my eyes grew to the size of dinner plates). I’m sure that in his mind, the delay in bringing it up had a reasonable rationale.

Except: when I was in high school, my father had a few “twinges” and we brought him to the ER, where he proceeded to have a full-blown heart attack. (He then had a triple bypass. He’s fine.)

Except: when my husband was in high school, his father died of a heart attack with absolutely no warning.

Except: What do you mean you had chest pain two weeks ago????

I didn’t beat him with a rolling pin as I would’ve if we were cartoon characters, but I’m not going to lie: I thought about it. I made him promise to see his doctor. He did. His doctor said he thought he was fine, but given the family history, he wanted him to see a cardiologist. And then the cardiologist said she thought he was fine, too, but given the family history, she wanted him to have a stress test. So he did. And the tech even told him what a “nice change of pace” it was to conduct one on someone so healthy.

Except: the cardiologist called a few days later to say there was “an abnormality.” Maybe nothing, maybe a blockage. When could he come in for a cardiac catheterization?

And again, I didn’t even pretend to hit him with a rolling pin. (Feel free to congratulate me on my restraint.) We did our research; he scheduled his procedure. This morning we went to the hospital entirely too early in the morning and he had blood taken and changed into a hospital gown and got hooked up to a bunch of tubes and wires and then, eventually, a nurse came to get him. “It’ll be about 30 minutes,” she told me. We had already discussed the possibilities: Maybe it’s nothing, in which case they have a look and then send him home. Maybe it’s a bad blockage, in which case they insert a stent, and he has to stay overnight. Maybe it’s somewhere in-between, in which case they might do an angioplasty. They’d see.

He was gone for over an hour, and I pretended not to check the time while I sat there “working” on my laptop.

When they finally brought him back, it was all good news: just a small blockage, no correction necessary (other than “good habits” and maybe a dosage bump of his cholesterol meds; follow-up with the heart doc), no overnight stay required. He was in good spirits and happy to eat the breakfast they brought him. And then he told me his vision in one eye was a little weird—there was a spot in the middle of his sight that was kind of wavy. So I told the nurse, the next time she came in, over his protestations that it was nothing. Hey, know what’s a rare but known potential complication of this procedure? Stroke! The husband got a speedy trip down to CT for a head scan, even as he continued insisting he was fine. Right before he left, I leaned in and murmured (quietly, so the nurse wouldn’t hear me), “If you had a stroke, I’m going to kill you.” Because I’m romantic, and also comforting.

I was okay when he told me about the chest pain. I was okay when the cardiologist called and said she saw something. I was okay when I explained the procedure to the kids and arranged for them to handle the morning routine here and assured them that everything was fine and we’d see them later. But when they whisked my favorite husband out of the room for that head scan, I did not feel so fine. There’s no point at which it would be good or convenient to lose your life partner, of course, but all I could think was that we are so close to where we get to do all of the things we’ve been putting off for years. We’re almost there.

He didn’t have a stroke, of course. He’s fine. (Apparently the “relaxing” meds they gave him before the procedure caused the vision issue, which cleared up shortly after they took him for that scan.) We had to wait around a while longer, but eventually they discharged him. Life offers no guarantees, of course, but as far as we know, we’re still going to grow old together.

In summary: 5/10, do not recommend. The nurses were really nice, though.