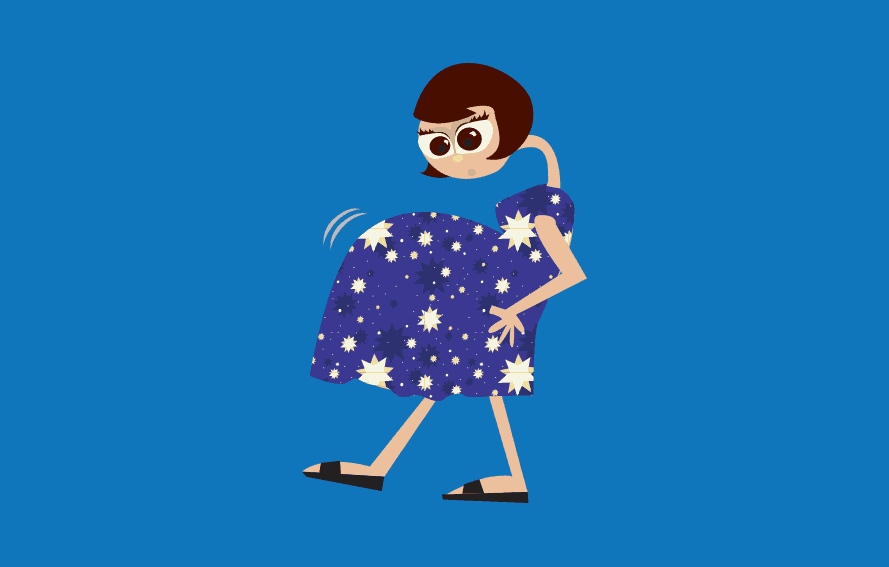 Can we talk about false labor? I’ve had it with false labor. I think false labor should shut up, curl up and die. And then set itself on fire.

I never had false labor last time. Oh sure, I had plenty of Braxton-Hicks contractions here and there. One time I actually had three whole contractions in a row and got super excited, but even that was over and done with in about 20 minutes.

This pregnancy, though. Gaaaaaaah. I’m petrified of being That Woman who becomes utterly convinced she’s in labor and shows up at the hospital ready to have herself a darn baby, only to be sent home because it was a false alarm. (Seriously, I’m having anxiety dreams about that — one dream involved a nurse telling me I was 3 centimeters dilated and an anesthesiologist inserting the epidural…right before my doctor showed up and announced that no, I WASN’T dilated at all, and then he yanked the epidural out and told me to go home.)

No, when I say “false labor” I mean an hours-long song-and-dance that does a PRETTY GOOD JOB of imitating the real thing. Regular, steady contractions. Five minutes apart. That keep coming whether you’re lying down or standing up or chugging water or…or…eating an entire bag of Halloween candy. You know, in case it’s just a bunch of those chocolate-deficiency contractions all the kids are talking about.

Last night, as I entered hour two or three of steady and extremely uncomfortable uterine activity, I packed my hospital bag and ordered my husband to round up all our camera batteries and cell phone chargers and tried to calmly figure out what in the WORLD we were supposed to do with our toddler in the middle of the night, with our on-call family members being up in BOSTON for the week, since why not? I’m more than three weeks away from my due date, we won’t need them yet! Ha ha! Silly humans.

Needless to say, I am still pregnant. We did not drop our son off on anyone’s doorstep, ring a doorbell and scream WE OWE YOU ONE at the bleary-eyed friend who answered before driving off to the hospital. The contractions tapered off sometime after midnight, and while my husband poked me awake several times throughout the night to make sure the baby and I were still okay (“WE’RE FINE. WE’RE SLEEPING. RAWR.”), there is no real indication that I will experience the real thing before my appointed time in a few weeks.

So…how DO you tell the false labor from the real thing?

Sometimes, it’s really hard. While I love to make fun of movies’ portrayals of pregnant women (you know, where EVERYBODY’S water breaks ultra-dramatically before they’ve even had a single contraction, or a woman feels one small twinge in her abdomen and announces that, without a doubt, “IT’S TIME!” and everybody rushes off like chickens with their heads cut off towards the hospital), I can totally see how and why women DO end up at the hospital over false alarms. But here are a few indicators that might help you figure out if you’re experiencing false labor:

1) Your contractions are not coming at regular intervals, or are not consistent in their intensity or length. If one contraction has you doubled over in pain, but the next one is more of a mild twinge, and then the next one is really long but somewhere in between the first two on the pain scale, it’s probably not active labor.

2) You don’t notice any progression in the timing or pain of your contractions. My doctor told me flat-out that he wouldn’t consider sending me to the hospital unless I was having contractions at three minutes apart for at least an hour. (Your doctor might have a different standard — be sure to ASK if you don’t know.) So even though my contractions started at five minutes apart, I waited. And waited. And they remained steady at five minutes apart, and they were not getting more painful or intense as the hours went by. In “real” labor, contractions get steadily closer together and more painful as your cervix dilates. Holding-pattern contractions generally mean there’s nothing going on with your cervix, so just stay home and ride it out.

3) Your contractions stop and start, or change depending on what you’re doing. The first rule of Braxton-Hicks contractions is to LIE DOWN, PUT YOUR FEET UP, DRINK WATER. This usually causes things to settle down. I continued to contract while lying down for awhile, but eventually I did get a brief 20-minute reprieve. They started up again and were more painful once I started walking around, which also told me that, no matter how nice it would be to have a baby already, it wasn’t gonna happen that night.

4) You haven’t passed the mucus plug or noticed any bloody show. At some point — usually right before labor begins or at the onset of actual active labor — you’ll notice a fairly substantial amount of pink or blood-tinged mucus come out your vagina, often times after using the bathroom. It’s…uh…hard to miss. I lost most of the mucus plug about 24 hours before going into labor last time, and then continued to lose more and more of it once labor really got going. (This is what gets called bloody show, which is just…exactly what it sounds like, and one of the many reasons you may notice that us mom types tend to lose most of our sense of shame after giving birth. I mean, once you’ve left a trail of THAT across a clean hospital floor in front of your husband and family members and God and everybody else, it’s hard to imagine caring about a silly thing like DIGNITY anymore.)

5) Your water hasn’t broken. This one is probably the least useful, however, because contrary to what the movies show, only about 10% of women actually experience the dramatic gush of fluid before labor begins. Usually you’ll know you’re in labor by the time it happens, or your practitioner will break your water for you with a big crochet-hook-like thing. So…this one is more of an indication that you ARE in real, active labor. (Although…GAH. I have also spent a lot of time Googling “how can i tell if my water has broken or if this is just more assorted pregnancy fluids of mystery?”) (Surprise! Just more assorted pregnancy fluids of mystery.)

Finished with the Pregnancy Calendar and want more? Visit Amalah’s postpartum weekly column, Bounce Back. Bounce Back is about the postpartum experience — the good, the bad and the gory.