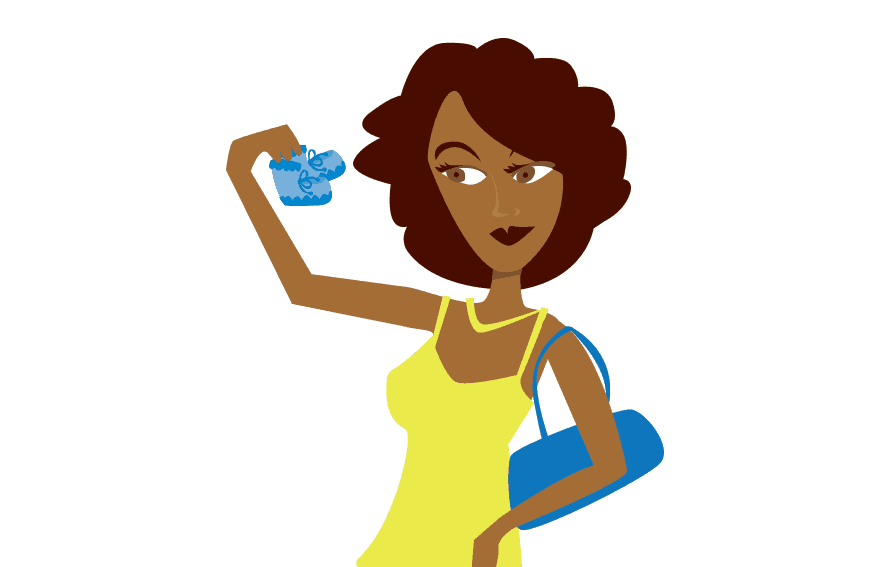 Congratulations! You’ve made it to the double-digits. The final weeks of the first trimester will slowly tick by but then ta-da! Second Trimester.

Is anyone here a little…emotional? About…anything? And everything? While I have always been prone to a little teary-up-ness during movies and soft-focus commercials, I become a blubbery emo HOT MESS when I’m pregnant.

Last time, before I even knew I was pregnant, I sat on the couch and sobbed sobbed sobbed during 13 Going On 30, completely helpless to do anything about it even after Jason walked in to find me raccoon-eyed and shaking, blabbering on and on about something about a dollhouse before he finally turned around and silently left the room.

This time I had similarly proud moments during The Ghost Whisper (TELL MY DAUGHTER I’M SO PROUD OF HER!), HBO’s John Adams (SMALLPOX!), Miss Pettigrew Lives For a Day (WE’RE SEEING A MOVIE IN THE THEATER AND I’M JUST SO HAPPY ABOUT IT!), and about a zillion times during the day when I am alone and able to indulge my shameful habit of seeking out sad news stories about babies on the Internet so I may shed hot tears and weep and then chase Noah around demanding hugs to make Mama happy again.

I am a sick, sick person.

Oh Yeah, THIS: My belly is big and round and high up and all in front. I know it’s mostly bloat and baby-related accessories at this point (see: inch-and-a-half, crown-to-rump), but the exact same thing happened to me last time. My belly popped out around week eight or nine and never popped back in — it basically just hung out there until the baby was actually big enough to take up the space.

On the one hand, yay! Belly! I love round pregnant bellies and I loved the way I looked when I was pregnant (up until the ridiculous hugeness at the end, of course). And I’ll take a prematurely popped-out belly to all-around bloat-y largeness any day.

On the other hand:
“Aw, congratulations! How far along are you?”
“Uh. About 10 weeks or so.”
*well-wisher eyes belly, raises eyebrows in horror, backs away slowly*

New This Time Around: I ate some weird-ass stuff last time, all in the name of Just Trying To Keep Food Down. I found a few things that just always tasted good and didn’t trigger my nose or my nausea (nuggets, fries, saag paneer, pudding), but I wouldn’t say I really CRAVED anything. At least not movie-style cravings where the woman is kicking her husband and demanding that he go buy her a ridiculous combination of foods. My bizarre eating habits were more about self-preservation than a desperate NEED for that particular food.

I have cravings this time. CRAVE. INGS. Right now I want a can of black olives and a tuna fish sandwich on the Archer’s Farms whole grain white bread that you can get at Target. Nothing else will do, mercury and sodium content be damned. Sunday night I demanded Texas-style chili and chicken wings. I wanted them so badly my skin itched. Last night I wanted NOTHING ELSE IN THE WORLD but a vegetarian burrito from Chipotle with hot salsa and sour cream.
I would like to note that NONE of these cravings have been obliged by my husband. NONE.

(Perhaps I should try crying about it?)