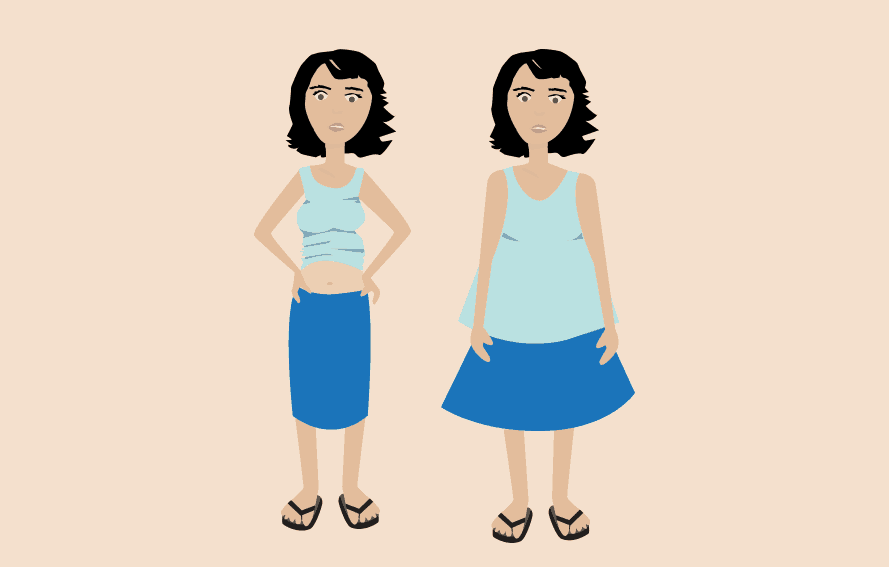 Okay, so the Big Thing with this week is that you MIGHT feel your baby move. The range for feeling those first delicate, pitter-pattery movements is something between week 16 and week 20. And it’s different for everybody. Thin women feel it before heavier women. Women who have been pregnant before feel it before women who haven’t.

Except for this thin woman who has been pregnant before and did not feel a blessed THING this week, even though I felt Noah move for the first time (clear as day!) when I was exactly 16 weeks along.

Well, let me sort-of take that back. Two weeks ago, during week 14, I swore I felt some quickening movements. It was in the right spot, over to the left a little, and felt like a few tiny soda bubbles had just popped against my insides. By the time my brain caught on to the sensation, it was long past. A couple days later, while lying quietly on the couch, I felt it again.

I spent a loooong time Googling and checking the books to see if it was AT ALL possible that I really felt what I thought I felt — I mean, quickening is both really easy to miss and yet impossible to forget, once you’ve experienced it — but came up dry. Just the same vague old language about “women who have been pregnant before feel it earlier” but no real examples of how MUCH earlier.

Whatever, I never felt it again and am still waiting for my first pregnancy-book-and-calendar sanctioned movements.

For the first-timers among us, I’m sure you’ve read the descriptions a million times. Little bubbles or flutters or pops or tickles. I guess these words describe it as well as it CAN be described. I used to tap the tips of my fingernails against the underside of Jason’s forearm to try to give him an idea of what I was feeling (bum deal for the partner — being able to feel the kicks from the outside is still a long way off), but it’s more like an impossibly gentle and faint THUMP than a tap. Which is why, I guess, the “bubbles popping” metaphor works the best. The sensations are delicate, like a soap bubble, but there’s just enough force to suggest the dramatic explosion of that little bubble.

With Noah, I found I could feel him move best while lying on my back at first, and then while sitting very quietly at my desk and focusing on my stomach. Drinking a carbonated beverage always seemed to perk him up — I always imagined he could hear it fizzing away in my stomach and would decide to make it a rhythmic duet.

Be patient — you’ll DEFINITELY feel something in the weeks to come, depending on how active your baby is, and

There’s MY baby! I totally just felt it! And there it is again! HOLY CRAP! HI SWEET THING! Thanks for being so totally on cue there.

Oh Yeah, THIS: Uh. I completely forget what thing I was going to complain about this week now. Clogged sinuses? The misery of an unmedicated allergy season? WhatEVER. Baby just kicked! Whee!

New This Time Around: Last time I had the AWESOME side effect of not shedding any hair while pregnant. It was weird. My brushes and black sweaters remained hairball free. Of course, it all fell out a few months postpartum but during pregnancy my hair was awesome. Thick and full and I didn’t have to do a THING to it. Ah. So nice. And no such luck this time. I am still shedding full chunks every day and my hair is limp and hangy and blah no matter what I do.