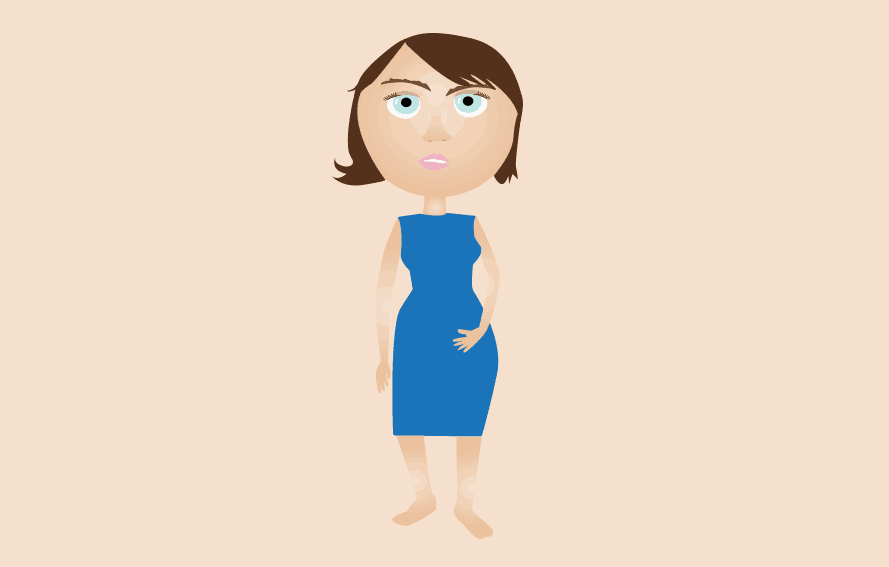 Before I really get into this week’s update, I would like to give a personal shout-out to my new best friend, Dannon Activia Yogurt, also known as the yogurt that helps you poop. What up, dawg? Thanks for being there for me. You’re the best, and I love you. Very much. Inappropriately much. Mmmm.

So we’re still in the first trimester holding pattern this week. Tired and peeing a lot and moody and possibly a walking ball of digestive issues and paranoia. If you haven’t spilled the beans to people yet, you’re probably dying to. You may feel more pregnant than you actually look (even though your uterus has doubled in size), and without that nice round belly you might not be getting a ton of “everything is okay” reassurance from your symptoms.

(Of course, as I have learned, all bets are off for a second pregnancy, as my previously stretched-out joey-pouch belly has rejoiced at the chance to totally fulfill its poochy destiny once more.)

Morning sickness typically shows up between week six and seven — it’ll peak within a few weeks and hopefully dissipate soon into the second trimester. You will not hear stories from me about my friend’s cousin’s dog-walker who threw up the entire nine months, because that stuff is just SO NOT HELPFUL and always made me feel particularly stabby. So I will tell you this: the terrible morning/noon/night sickness of my first pregnancy went away after week 13. There was another week or two of some sensitivity to foods and odors, but by week 16 I felt incredibly great and Hulk-level hungry.

This time around, the whole “keep food in your belly all the time” thing really does help. If I go too long without a little snack, I get extremely queasy. But I’m also not actually throwing up. Last time, I threw up. A lot. All the time. Stomach full, half-full, completely empty — it did not matter. I choked down just enough food to stay alive and had a 20-minute monologue prepared about how YES, BOILING WATER HAS A SMELL. A BAD, BAD SMELL.

I tried lemon candies and “real” ginger ale and crackers and fruit and hot baths and I don’t even remember what else. None of it worked, although it did really hammer home the lesson to STOP and THINK before I opened my big fat mouth to give another pregnant woman my extremely valuable and 100% awesome advice.

(On that ironic note, Vitamin Water worked MIRACLES for the puking last time. Seriously. Made life worth living.)

(This time I’m more of a Saltine-crackers-with-a-cola-chaser kind of girl. )

If you had symptoms and they suddenly vanish, or if your lack of symptoms is accompanied by steady spotting AND uterine cramping — yes. These are not great signs and you should call your doctor. But a lack of symptoms in and of itself? Pfft. Not worth obsessing over, although I know that’s easier said than done.

Oh Yeah, THIS: So l get these weird little red bumps on my skin when I’m pregnant. They aren’t zits or a rash or anything — they actually look like tiny red moles. Raised. About the size of the head of a pin. Last time I got a couple on my hands and arms and thighs and immediately hauled ass to the dermatologist when my OB couldn’t explain them. She identified them as a passing hormonal thing and assured me they would go away once I gave birth. I was skeptical, since I am (ahem) a fairly moley person to begin with and they sure did look like something I was gonna be stuck with and argh! Why are there SO MANY of them?

Sure enough, they vanished almost immediately after Noah was born. I remember cutting off my hospital bracelets at home and noticing that the spots on my hand were completely gone.

Well, the spots are back again, only this time they’re all over my stomach. Over a dozen at last count. Ah, pregnancy. You are just so damn WEIRD.

New This Time Around: Besides the new flavor of morning sickness, I’ve developed the Dread Pregnancy Migraines. Now, I used to get migraines all the time, from puberty on. And it was one of my big fears before getting pregnant the first time, since I knew my migraine medications were not exactly pregnancy-approved. But I never had headaches last time, and honestly never had a migraine since Noah’s birth. Unless I had a hangover (me? hungover? what? never!!), I never took any OTC or prescription pain medication, and I was pretty happy about it.

And like every other woman who spends too much time online, I read That Study. You know, That Study About Caffeine & Miscarriages & Step Away From The Starbucks, You Negligent Embryo-Killer. And I also read many, many follow-up articles that criticized the study and pointed out the many flaws in both the execution and the conclusions. And I agreed that the connection between caffeine and miscarriage was mostly likely vastly overstated.

I had that moment after I found out I was pregnant — the coffee cup halfway between the kitchen counter and my lips — when I doubted it all and wondered if I shouldn’t just err on the side of caution and go cold-turkey on caffeine. Since coffee was giving me some heartburn early on, I decided to cut it out completely.

Then the headaches started. The terrible, blinding headaches. Migraines. I could feel them coming on in places besides my head. My shoulder blades ached. My stomach churned. My eyes squinted in the light and then I felt the telltale throbbing behind my eye sockets. Within 20 minutes I was buried under the covers in bed, sobbing silently in the Worst Pain Ever, Including Labor and an Emergency C-Section.

My doctor told me to take some Tylenol with a can of Coke*. Or Excederin Tension Headache (acetaminophen and caffeine, but no aspirin). Caffeine was always an essential part of my migraine coping strategy back in the day, so I wasn’t exactly surprised by his recommendation. Turns out I don’t even need the acetaminophen. I just need a little caffeine. Everything in moderation, dudes.

*Like everything else, please talk to your own doctor about your own symptoms. Kthnxdontsuemeplz.