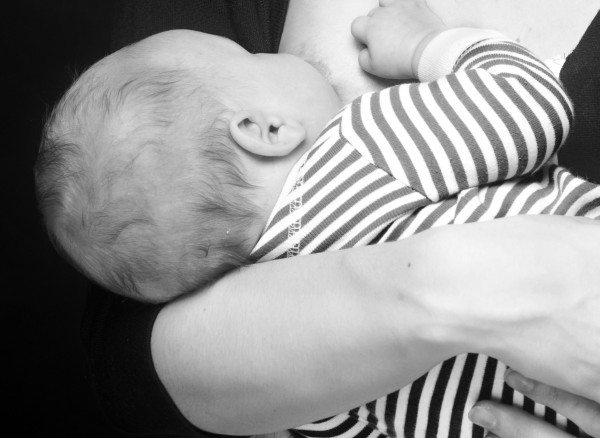 OK, you were once so kind as to talk me down off a teeny postpartum ledge regarding my overbearing in-laws blaming me for the baby being unable to nurse well. Which I totally still have issues about, but whatever (STILL MAD). My son was never able to nurse well, and after three months (THREE!) using a supplemental nursing system, taking Reglan and fenugreek, and pumping after every nursing session for 20 minutes, I still had a crap milk supply. While I was able to nurse him until a year, it was never without supplementing and I never got more than a few ounces when I pumped. And I don’t think I want to spend my time that way again! The boy would be awake for two hours and spend an hour and a half of that nursing. And then I’d have to pump. Sigh.

Now, I know your oldest Noah had nursing difficulty, but you had an easier time with your second. As my husband and I have just started trying for a second, and I still totally have nursing trauma, could you tell me some of the things you did to make nursing go better the second time around?

Getting a Head Start On My Worrying

I would be HAPPY to tell you. Because seriously — I’m not sure there was anything about the whole second-time-around-motherhood that delighted me more than the realization that HOLY CRAP I AM NOT FAILING AT NURSING AGAIN!

One big caveat, though, before anybody is tempted to hold me up as some kind of One Size Fits All success story: A lot of my nursing issues with Noah actually had to do with Noah. We mothers tend to shoulder (and often accept) all the blame for these situations. We’re doing something wrong. We’re not trying hard enough. We supplemented too soon, used a pacifier, caused nipple confusion, couldn’t find anyone willing to prescribe Domperidone from a shady international online pharmacy or didn’t nurse enough or let an injury or infection derail our efforts or SOMETHING.

But nursing is a two-person endeavor. And my particular other person turned out to be a little boy with a TON of oral motor issues. Issues that were present right away, from day one, when it came to his willingness/tolerance for nursing and his ability to suck. From the outside, things looked fine, latch-wise, but I really believe NOW we had a lack of a strong suck (and a baby who tended to pop on and off and on and off and go on very early nursing strikes) and thus, my boobs never got the signals they needed to produce the levels of milk I needed them to. Plus: scar tissue in my right boob from a botched cyst aspiration. I’m now comfortable enough with the situation to give myself golf claps for managing to nurse Noah for as long as I did (just shy of six months, when I seriously just dried up) AT ALL, even if it wasn’t exclusively.

I hope you’ll get there too, about your experience with your first. Because yeah: It definitely sounds like you did EVERYTHING you could, including most of the stuff I’m going to include here, on my action list. But I also hope have the same kind of healing experience I had the second time around, when I realized that even my little tongue-tied baby was just…different at nursing. It was easier for him, and thus easier for me.

5 Ways to Get Ahead of Undersupply

Not that I necessarily left everything to chance and nature, mind you. I attacked the undersupply problem before it ever even had a chance to rear its annoying head. I think a lot of it is a question of timing — I pumped and took fenugreek and all that with Noah, too, but didn’t start UNTIL it was already clear that I wasn’t making much milk. The second time, I just assumed I wouldn’t make enough, and piled on the galactagogues and extra pumping from practically day one. Here are the deets:

1. Mother’s Milk Tea. In the hospital bag. Started drinking three to five cups a day on the day of delivery. And instead of straight-up fenugreek capsules, I went with a multi-ingredient supplement called More Milk Plus. Also started taking this on day one. (Neither are recommended during pregnancy, as they can potentially cause uterine contractions. Read the packages and instructions, and all that.)

2. Probiotics. I had an emergency c-section with Noah and thus, an unexpected round of antibiotics. I’m allergic to most antibiotics and NEVER take them, so I was completely ignorant about the whole “increased likelihood of thrush” thing. And we got thrush almost immediately. Which DID NOT HELP ANYTHING. So now I start taking a probiotic supplement about two weeks before my due date and continue to take it throughout the first month or so. We did not get thrush last time. Whew. This time, my prenatal vitamin actually contains a probiotic, so I’m covered. But if yours does not and you have ANY reason to suspect you might need antibiotics during delivery, get yourself some capsules.

3. Pumping. I wasn’t really prepared for pumping, last time. I figured it was something I’d start trying mid-maternity leave, when I needed to stockpile milk for my return to work. But instead, I got hooked up to one at Noah’s first check-up, the one where we discovered he was barely an ounce above the re-hospitalization weight loss point. My milk still hadn’t come in and emergency supplementing was implemented (by an LC who just FIVE MINUTES BEFORE compared formula to crack cocaine, and who then bizarrely told me to pump at home INSTEAD of nursing, while Jason fed Noah bottles, because she thought I needed/wanted…a break? And I listened because I didn’t know any better and I felt like the biggest failure and cut off from mah baybeeee?). And I basically sat there traumatized and sobbing and it was awful.

The second time around, the pump and I were allies. My LC (a different one, OBVIOUSLY) advised me to continue to nurse on-demand first, but to tack a five-to-10-minute double-side-pumping session onto the end of every (or every other) nursing session during the day. “Trick your body into thinking you have twins,” she said. I did this for about four weeks. I stopped when I realized I had gone and swung myself into oversupply territory. But I found THAT much easier to deal with than undersupply, so yeah, I plan to do it again this time. Plus, I actually was pumping ACTUAL OUNCES OF MILK in no time, which made me feel 1) totally awesome, and 2) like I could leave the house on my own or have dinner or see a movie with my husband because behold! ENTIRE BAGS OF BREASTMILK IN THE FRIDGE YAAAAY!

4. Preemie-flow nipples. One thing that wasn’t different the second time around was the fact that my milk didn’t come in until day five. Five days is a long time of just colostrum and for an increasingly alert and hungry baby to be nursing every hour (or less!) on empty, sore boobs. Add in Ezra’s tongue tie (which wasn’t corrected until day seven)…well, YEAH. Ouch. Frustration city. DEEP DARK CONFESSION: I gave him a damn bottle of formula the evening of day four. Two whole ounces of evil. HA. SO THERE. And I don’t regret it. I used a preemie-flow nipple so he still had to “work” and I used preemie-flow nipples on every bottle of pumped breast milk he received for the first three months or so. Maybe even longer — I’m not sure we even moved up to level two nipples until he’d completely weaned from the breast. We just always tried to keep the bottles as slow-flowing as we could, while the boobs were still in use.

5. Realistic expectations. I had no idea if any of the above were going to work. At the time, I still thought most of the undersupply problems had to do with ME. I’d read online that scar tissue and damaged ducts quite often healed themselves more and more with each subsequent pregnancy and lactation, so…that was really all I was pinning my hopes on. (And I believe it is true, though my right boob still remained my underachiever, so to speak.) I figured I would try again. I would hope like hell and do what I could, but if it didn’t work, well, I WOULD NOT LET IT DESTROY ME. Or color the entire early postpartum experience or remain a black mark of failure on my motherhood record. If it didn’t work out, I would stop. I had all of the above supplies pre-purchased and ready to go…but I also bought bottles and formula and I would use them if I had to and nobody was going to make me feel badly about it.

(This time I located the bag of hand-me-down bottles in our basement, but have not actually inventoried or washed them or purchased new preemie nipples. Or formula. Great expectations, ahoy! Also, there’s a 24-hour Giant two minutes down the street that sells alllll that crap. Jason can go buy it if we need it. Blah.)