Twitter Facebook Pin It Email Article
Prev Can You ‘Steal’ a Middle Name? Next Pregnancy Pillows Reviewed: The Yay to the Nay 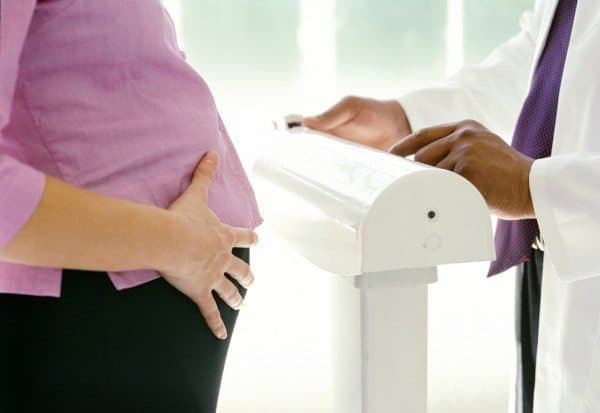 I’m a fairly new reader to your blog. When I told my friend that I was expecting, she linked me to AlphaMom, and not only have I enjoyed it, but I’ve learned a lot too, so thank you for all your hard work! My question today may be one that you have answered in the past – I tried to do a search of your previous Smackdown posts, but admit I lost steam after about the third page (only because I have to click on every column and that gets too distracting…), so I apologize in advance if this is an issue that has been tackled before. As always there’s a bit of a back story, before the actual question!

Before I got pregnant, I worked very hard at losing weight, and with a lot of help, dedication, and supervision, lost about 60 pounds in a year. I was only about halfway to my target weight loss, but I was totally jazzed, and I was feeling really great about my body for the first time in a long while. When I found out that my husband and I were going to become parents, I of course put the diet plan on hiatus, and stopped concentrating on the weight loss, as I want the baby to be a healthy little boy or girl. And I have to say that the information I learned during my weight loss journey has really helped me, so I know that I am eating a healthy diet, and providing good nutrients to both my body and the little jellybean’s.

During my first month, I wasn’t sick at all (I know, I am hated by much of womankind), but I lost my appetite, and had to force myself to eat, and as a result, lost almost 10 pounds, which had me worried, as I was concerned that I was starving my baby. The appetite came back though, and I put those 10 pounds back on (which I was fine with, it put me back where I started), and have since pretty much maintained the same weight. I’m at 18 weeks now, and I have gained two pounds, but I have hit the point where I AM ALWAYS HUNGRY, and I know that I am going to start to see the results of this on the scale. I have actually caught myself sitting there debating whether or not I should really eat something, telling myself “You know, you DID just eat a yogurt 45 minutes ago” before I give myself a mental slap and go eat some dried fruit or some cheese and crackers.

My question to you, and your wise readers is this: how do you deal with pregnancy weight gain? As I write this I am beginning to feel like I’m sounding slightly neurotic, but I figure this has to be an issue that many of your readers deal with, no? I want a healthy child, and I am not going to stint on a healthy diet, and I know that weight gain comes with the territory. But I have to admit, my heart sinks a little bit every day that I get on the scale and those numbers creep up. It’s not a body image issue – I’m actually still very happy with how I look (I can’t wait to get a baby bump, it seems to be taking for-freakin’-ever to show up!), but as the numbers go up I can’t help but think ahead to how much more I will have to lose after the baby is born. So how do we deal? Do I just stop stepping on the scale (although I admit that worries me – I don’t want to get to my midwife appointment and discover that I’ve put on 30 pounds in a month). Any advice would be greatly appreciated 🙂

Sincerely,
Anonymous (because I couldn’t come up with a catchy or witty name to call myself)

We have covered this topic before, but hey, at this point (as the Smackdown column is over six years old!) I’d be surprised if we’ve left ANY topic completely uncovered. And this is one that deserves the occasional rerun.

Before we begin, let’s review the pregnancy weight breakdown, using a “typical” full-term gain of 31 pounds:

So a two-pound gain at 18 weeks means you haven’t really put those 10 pounds you lost in the first trimester back on. I mean, you did, but not in the way you’re worried about (i.e. 10 pounds directly on your ass). You crept back up to your starting weight thanks to all those baby-related accessories (uterus, placenta, fluid, etc.), NOT because you ate a yogurt 45 minutes ago and are now craving a pan of brownies.

It’s perfectly normal to feel uneasy-to-neurotic about the weight gain, though. Nobody wants to gain “too much” and yet then there’s all the crazy pressure to eat the “perfect” pregnancy diet (not too much, not too little, with every bite being organic and healthy and to not succumb to the pan of brownies because zomg your baby will be born with flippers if you do).

Listen to your body and your appetite, not the scale. Your body is hungry because you are growing a human being, not because you’re weak-willed or eating your feelings. (I needed regular, near-constant snacks too while pregnant, otherwise my blood sugar would go beserk and I’d black out while trying to stand up from the couch.) And if you need further reassurance that pregnancy weight gain doesn’t necessary translate directly into postpartum weight loss, there’s this: I gained the most weight with Noah. At my six-week checkup, I’d lost every pound without even trying. I gained the LEAST weight with Ike. I had to FIGHT to gain weight with Ike. Most visits showed a weight loss, up until the very end of the third trimester, when I finally ended up with a 12-pound gain. At yet at 14-months postpartum, I’ve lost NONE OF IT. (Thanks, aging metabolism!)

So. Put your home scale AWAY. Stop weighing yourself. Ask your midwife if you can face away from the numbers at your appointments, and that she not tell you the specifics. Unless your midwife has a concern about your weight (a too-sudden gain or loss), take her silence to mean that whatever number she’s writing down is perfectly acceptable. (You won’t gain 30 pounds in a week, no matter how much you eat. I mean, if you DID, it would be because of something medical going on, not from an extra afternoon snack or three.) And don’t take the scale out at home until at least six weeks or so after giving birth.

There are a ton of pregnancy diet and cookbooks out there, though I found most of them to be neurosis-aiding, not helping. They mostly upped my paranoia that I wasn’t eating enough of the “right” foods and eating too many of the “wrong” foods. Especially since I was already prone to MAJOR food aversions for almost the entire nine months of each of my pregnancies, so I could usually only tolerate a limited number of things. If you took away burritos and Indian food and told me to eat chicken and fish (the low-mercury varieties, natch) and salads…well, I probably would have barfed on you and ordered up some Paneer Makhni anyway.

So the best advice I can give is to 1) stop with the scale and 2) start with the instinctual eating. If you’re hungry, you’re hungry. Don’t argue with yourself. Don’t beat yourself up if you’re craving chocolate/salt/entire cans of black olives or whatever. And then — and this is the tricky part — try to ALSO not beat yourself up for feeling how you’re feeling about the scale and weight and food. We’ve all been there. We’ve all had to figure out our own way through the mixed-bag of pregnancy emotions. As long as those emotions aren’t keeping you from the fridge (i.e. disordered eating, calorie restriction/purging and the like), you will be fine and so will your baby, no matter what the scale says at 40 weeks.