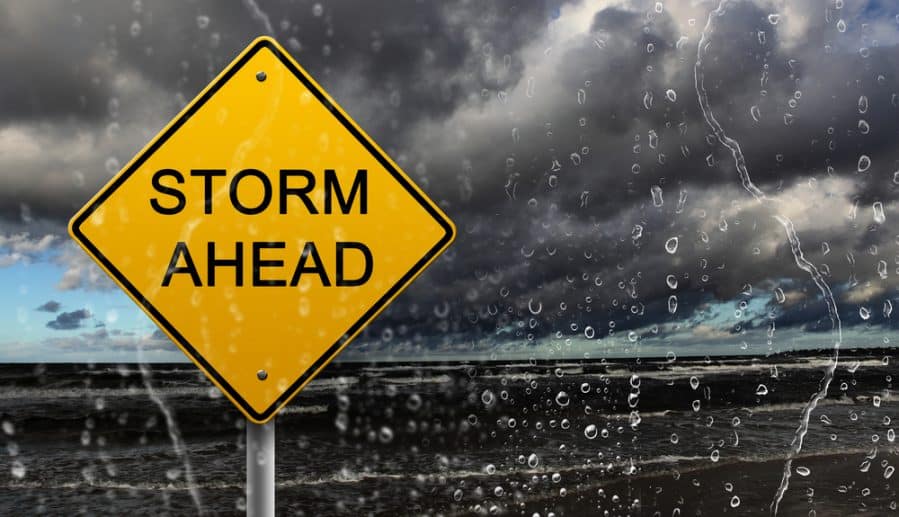 First, just a bit about me. I’m a first time mom and only 23 weeks along. I have several social anxieties, and am pretty dependent on my husband or mom to stay calm when around people I don’t know very well. I’ve only met my husband’s parents a hand full of times, and the extended family only once. Neither my husband, my family, or myself are religious, beyond celebrating the conventional holidays (Christmas, Easter, Etc.) However my husband’s family is very traditionally Mexican Roman Catholic. We were very lucky with them accepting the baby since we found out I was pregnant after we were engaged, but before we were married. Of which our wedding had an entirely different set of drama challenges from my husband’s mother. (“What do you mean you aren’t having a big ceremony?! How can you do this to me?! You need a rock on your engagement ring, it’s too plain.”)

The things I’m struggling with are stemming from my Mother-In-Law. We were very firmly told that our child will never call her anything related to “Grandma” and will refer to her by her given name only. With how excited she seems about the baby, this confuses me. (Although now that I think about it, she has several times mentioned that she doesn’t even like being called by her married name.) My own mother is delighted and has already called dibs on being “Grandma.” I’m not sure how to respond to this from my MIL, as I really don’t want my child to call her grandmother by her given name.

Another issue is that we were told our child will be baptized. No ifs, ands or buts. While my husband is willing to go along with this to prevent his mother from causing drama, I feel resentful in being told it will happen, with no input whatsoever. I feel that baptisms should be something that the parents should agree to for a child, or really should be done when someone is old enough to understand and commit to the statement they are making by undertaking this ritual.

Lastly, so far anyways, is that my MIL has told me she is throwing me a baby shower for the Daddy’s side of the family. Great, awesome. That entire side of the family all live in one town, 3 hours from where we live. She loves planning things, so I’m all for this… Except… My mom won’t be there… And my husband has been forbidden from attending, as it is “just not done for men to attend baby showers.” So I’m going to be surrounded, for who knows how long, by literal strangers… And he has a very large family. The small estimate that she gave me was 40+ guests at the party. I also have no say in any part of the party… I just show up when told. I already feel panic when I think about it, and the party isn’t even until September!

Please… Any advice on these kinds of things would be sooooo appreciated. I don’t know how to deal with this personality type, and I dread what will be demanded once the baby is actually here.

My face while reading your letter slowly turned into that gif of Whoopi saying “You in danger, girl.”

I understand there are some obvious cultural and religious differences to take into account here, but LINES NEED TO BE DRAWN. Because believe me, every you guys cave or “agree to go along” with her demands in order to avoid “drama,” you are just biding your time until the NEXT demand, and the demand after that. Religion and culture do not give anyone permission to be a bully, steamrollering over your life and decisions. If you (or more accurately, your HUSBAND) don’t start putting your foot down and and exercising your right to make your own decisions…well, this letter will be your entire married life and parenthood. Issue after issue, demand after demand, boundary-smash after boundary-smash.

So first: The “don’t call me Grandma” thing. I’ve written about this before, and while it’s generally nice in theory to let grandparents chose their monikers, sometimes conflicts crop up. You might get people calling dibs on the same title, people rejecting the traditional options in favor of something you as a parent aren’t comfortable with, etc. In these cases, I think it’s okay for the parents-to-be to overrule, or at least propose a creative compromise. That said, given the other conflicts you’ve got in your current Drama Pipeline, this one is relatively minor and probably not worth a big confrontation about. (Although you could always tell HER that sorry, “it’s just not done” for children to address adult relatives by their given name, and ask her to select something else she’s comfortable with.) She might change her mind because she’s just being dramatic about it right now.  Or your child might come up with his/her own name for your MIL. OR you can pretend to agree but always refer to her as “Nana/Grandma/Abuela FirstName” around your child and then just toss up your hands all innocently like, “WOW KIDS SAY THE DARNEDEST THINGS.”

Second: The baptism. Yeah no no no no no on this one. I get this demand is steeped in a lot of cultural and religious traditions, but I see it setting a VERY dangerous precedent with your MIL. She has absolutely no right to make religious decisions for your child, and speaking as someone with deeply religious in-laws, BELIEVE ME, it’s a super-slippery slope. And before you know it, “going along with” one thing that seems harmless or no big deal has sent you ass over teakettle down that slope, desperately trying to climb your way back to the top, mid-avalanche. (Wow, that metaphor got weird.) And again, just avoiding her “drama” over this issue will only GUARANTEE that she’ll use the threat of “drama” to get her way on another issue — perhaps one that’s even more of a dealbreaker than forcing non-religious parents to baptize their child. (Which, to me IS a dealbreaker — we simply said “no” to our religious parents when they asked and accepted their disappointment/judging/fears of eternal hellfire. But we made it clear that it was OUR decision and not up for debate or discussion.)

And now, third: You need someone here to advocate for you, if you feel unable to advocate for yourself. Your husband needs to insist on attending, it’s 2016 (also hey what was that about you wanting the baby to call you by your first name??), it’s totally done these days. If she bars him from attending, he’ll have to explain that you, too, will be unable to make it. I understand she means well and you probably don’t want to share your anxiety issues with her, so maybe you guys can come up with a creative white lie about your health or the pregnancy. (The doctor doesn’t want you driving long distances by yourself! Your husband needs to help you with medications or fainting spells or blood sugar stuff!) Or your husband can just straight up be like: She wants me there, I want to be there, I am showing up and you are just going to deal with that.

And finally, I know this isn’t technically part of your question so I apologize for overstepping: But if you have not recently sought out therapy for your social anxieties, I very much encourage you to do so now. Not only are high levels of anxiety/panic not good for you or the baby during pregnancy, unfortunately women with a history of anxiety are at a higher risk for postpartum depression/anxiety. I want you in good hands, both helping you stay centered and peaceful for the next 17 weeks or so, but also to monitor you and your anxiety levels after the baby arrives. Best-case scenario: Everything stays just fine and you maybe get some new coping strategies for social situations…AND the force of nature that is your Hurricane MIL.