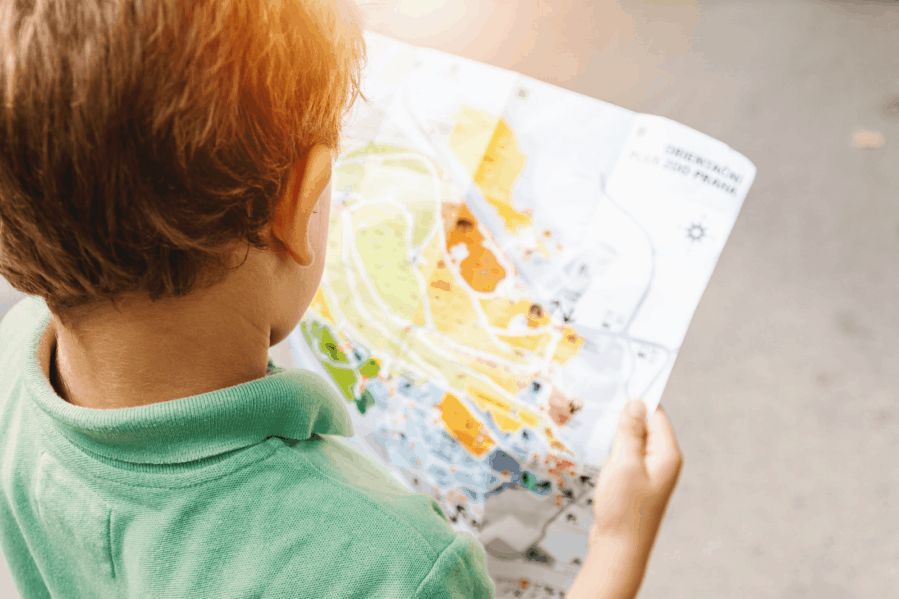 When my son was a toddler, I taught him how to count in three languages. I’m not fluent in anything but English, but my smattering of language courses and travel throughout Europe gave me a basic understanding. It brought me joy to hear him count uno, due, tre, quattro and hope that he would love languages, too. As he grew older and started school, he was enamored with English and English alone, and wasn’t interested in learning more. Not even the funny Sicilian slang my own grandmother taught me, to my mother’s amusement, interested him.

Had the window of opportunity passed him by? I wondered. I know that kids pick up languages like hyper sponges when they are very young. Then again, I learned French in middle school, and while I didn’t pursue it further or studied in an immersive environment, I had enough in my arsenal to stumble around Paris without offending anyone.

Then one of his best friends told him about a gamified app that teaches people a variety of languages, and he asked me if he could download it. Sure, I said casually, while inside I was thinking YES YES YES.

He chose the Navajo module first, because he’s studying Native American culture from his fourth-grade history teacher. On the same day, he tried a module in Spanish, and it was off to the races. He discovered that his aunt and grandmother are on the app and his competitive side flared; he worked hard to stay ahead. I was surprised to find that learning Spanish online supplanted all of his other games, at least temporarily.

I’m a big believer in teaching kids to be open-minded through maps and travel. And language goes hand in hand with that. Now that travel has slowed to a crawl (during COVID and shelter-in-place orders) and many are finding creative ways to see friends and family while staying safe and healthy, maps remain places to dream in the meantime. On the other hand, you can dive right into language from home.

In Canada, by law, English and French both have equal status, rights and privileges as to their use in all institutions of the Parliament and government of Canada. Kids are taught bilingualism early on; even Canada’s official web site touts the research-based benefits of learning more than one language, like greater empathy, protection and delay from dementia, the ability to recover from brain injury faster, and more. To the south of us, the Mexican government recognizes 68 national languages, 63 of which are indigenous, including around 350 dialects of those languages.

Kids who learn a language early on develop advanced problem-solving skills and multitasking. Think about it: when you know two or more languages, you’re transcribing code in your head all the time.

The brain has two types of visible tissue: gray and white matter. What is called gray matter makes up the bulk of nerve cells within the brain, and studies show an association with gray matter density especially in areas of language, memory, and attention. Denser gray matter translates to higher intellect and brain cell volume. An intensive study by researchers Andrea Mechelli of London’s Wellcome Department of Imaging Neuroscience and colleagues, including experts from the Fondazione Santa Lucia in Rome, discovered something fascinating: brain imaging showed that bilingual speakers had denser gray matter compared with monolingual participants.

As my friend Hilary Bell says, language opens up another world to you. Hilary lived and worked in Mexico after graduating from college, and when she returned to the US, she and her husband welcomed their first child and she went back to school to get her bilingual teaching license.

What she found is that if she played a song in Spanish for her young students over and over, they might learn the words but they didn’t necessarily understand the meaning. In the process of searching for music in both languages to teach kids in a fun way, she decided to create her own. In conjunction with her brother-in-law, Hilary started to write her own songs. Then she experimented with a girl and a boy puppet to act as sidekicks and help the kids she was teaching to identify with the lessons.

The puppets, which she named Rosie and Andy, played roles that kids could understand. Rosie was fully bilingual and her friend Andy was learning. Her students, generally between three and seven, liked the idea of being part of the play and helping the Andy puppet to learn too.

“Teaching through games, and projects, and music is engaging to kids,” she says. “It doesn’t make a child bilingual on its own, but it instills a love for other languages. When you start them early and teach them in an engaging and fun way, they look forward to Spanish class, have a good time, and feel empowered. It creates a feeling that they love learning.”

Hilary created a video with her puppets and the songs she wrote with her brother-in-law, who also plays guitar on the track. With very little promotion, the video quickly racked up hundreds of thousands of views and had been shared all over the world. Inspired, she took her videos to Udemy and started a Spanish course for kids that parents and kids could share at home. Then came a workbook for teachers.

The impact of learning a language and culture wasn’t lost on her when a friend from Mexico visited her classroom. A child in the class asked her, “Did you have to crawl over the wall to get here?” She said, “No, I have a visa and passport and travel just like you.”

Hilary says that when kids start learning a language at a young age, it opens up conversations such that they gain a better understanding of other cultures. And, I could not agree more.