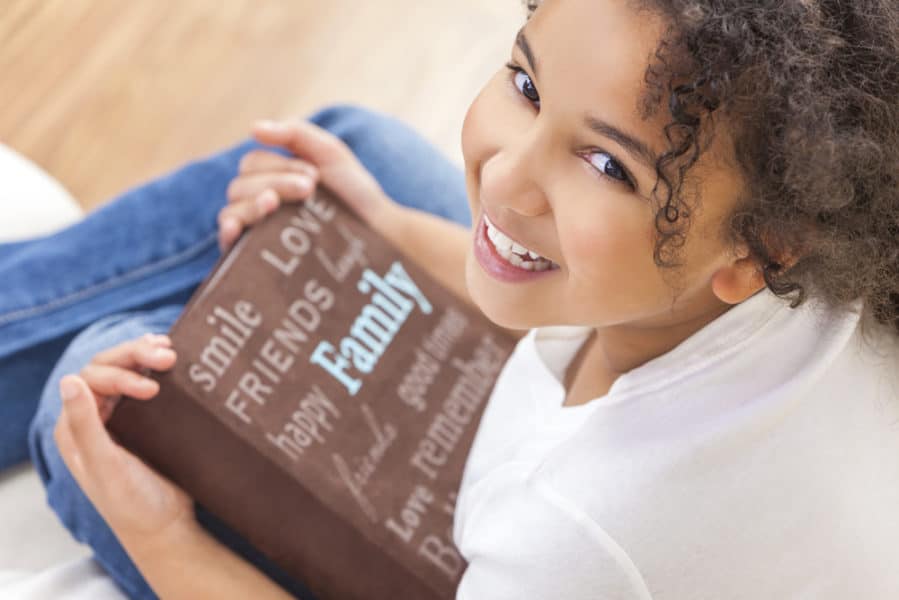 Last time I wrote, you helped me with what now seems a pretty inconsequential problem of Maid of Honor duties (Update – She survived me not being at the bachelorette and the wedding was great!) Now, a few weddings and a whole baby later, I’m in need of some more advice.

My dad was diagnosed with pancreatic cancer 3 years ago. He’s fought it as hard as he could and by all definitions has done leagues better than was expected. And though no one has said it in so many words, I can see that the fight is dwindling down. He’s in constant pain, his latest scan showed unprecedented-for-him tumor growth and he’s now moving to palliative care. What’s more, we live several states (and a 2.5 hour plane ride) away.

This goes without saying, but he’s a great dad. I love him and I am going to miss him desperately every day. But I would be ok except for one thing. My daughters (ages 2.5 and 5 months) aren’t going ever know their grandpa. And he’s an amazing Grandpa. If I’m lucky, maybe my older daughter might have a few fuzzy memories, but that is it. And then I think about any kids we may have in the future – to know my dad won’t hold them? I can’t handle that, I can’t make myself believe it, nor do I really want to. How will they know the consuming amount of love and pride this man has for all of his grandkids? (The eldest is 7, my nephew, so at least he will remember?)

I know your dad had a similar valiant fight and that you went through something similar, so I hope this isn’t too personal to ask, but how do you make it through? How do you keep his spirit alive and is it possible for my girls to ever have more than a faint memory? Or, like me growing up with my mom’s dad, will it simply be “Mommy used to have a daddy, but doesn’t anymore”? I don’t want that, but I can’t make them love a memory.

What can I do?

You grieve for yourself and your children

I am so sorry about your dad.

Kids’ memories are different and interesting

My kids were 5 and 2 when my dad died, and I was six months pregnant with my youngest. My oldest does remember him, but unfortunately he really only remembers the very sick version of him, the version who couldn’t ever come to visit us because he fell a lot and lived in a hospital bed in his living room. My middle son claims to have memories of him, although his “memories” are ones he’s more than likely conjured up over the years based on photos of them together and stories he’s heard. And yet a lot of those memories still involve hospitals and illness and Pop Pop being Very Old.

My youngest, of course, never met him. And yet he loves his Pop Pop very, very much and talks about him often. Of all my children, he’s the one who asks about his Pop Pop the most, and who is the most fascinated by all the old photos, videos and bits of scrapbook-y nostalgia I have from his life. (Old yearbooks, newspaper clippings, diplomas, etc.)

You can help keep the memory of a loved one alive

And of all my children, I sometimes feel like he got the best deal, memory-wise. He doesn’t remember my dad as old and sick and weak and pale. He remembers the time my dad got his name in the newspaper when he was five years old because his lost dog was found and the paper made a funny joke that Little George’s “appetite for dinner” was found as well. He remembers what my dad looked like in high school, because he likes to look at those photos and wonder if that’s what he’ll look like someday, maybe. He remembers that although he never met him, his Pop Pop knew he was coming, knew he was a boy, and knew what his name was. He remembers that Pop Pop loved him ferociously because he’s been told that on a regular basis since the day he was born.

On the anniversary of his death, we go to the bookstore and everybody gets to buy whatever books they want because Pop Pop loved books almost as much as he loved his grandchildren.

It took me a long time to see the beauty in my youngest son’s unique relationship with my dad; to see it as anything other than the great, gaping, horrible loss of everything he missed out on. It will likely take you a long time to cycle through the dual stages of grief that lie ahead — your own loss and theirs — and find beauty in how your daughters’ remember your dad. In how they will “know” him, despite not technically “knowing him.”

Kids will form special bond with your memories

Because even if they don’t remember (in the most strict and literal sense) being held and hugged and loved by him…they will. Because you will tell them, and your memories of the times they had with him — the time he met them at the hospital or played the horsey game on his knees, or whatever small moments that you will now sear into your own memory on their behalf — will in time become an indelible part of the word “Grandpa.” Grandpa died, but before that happened he (loved tossing me in the air, telling knock knock jokes, etc,).

It will be hard to talk about him, sometimes. Kids can use pretty brutally blunt language when talking about death and people who died, but it’s important that you do talk about him when they ask, even if they ask painful questions about what happened when he died and how it made you feel and how Grandma feels and etc. It’s not a sign that they will only think of him as “mommy’s dead daddy” forever and ever. It’s just them processing the curious fact that someone who was once here no longer is.

So tell them your memories. Show them photos. Take more photos, if you can. Ask your family for copies of their photos; ask your mom for old photos. Put them away somewhere, for now, for however long you need them to stay put away. But someday, you can use them to properly introduce your daughters to their Grandpa — the Grandpa before cancer, because there is so much more for them to know about Grandpa than the cancer.

But all that can wait. They are young, and your grief will be fresh and raw and rage-howl inducing for awhile. Go to therapy or join a support group; there’s no law that says you’re not allowed to be completely torn in half over the death of an “older” parent, or over a death “you knew was coming.” Screw that. Recognize your need and right to grieve as a daughter, apart from the grief you feel on behalf of your daughters.

And again, I am so sorry about your dad.

1. Helping Very Young Children Understand Death
2. Talking to Preschoolers About Death
3. Helping a Friend Through the Loss of a Parent