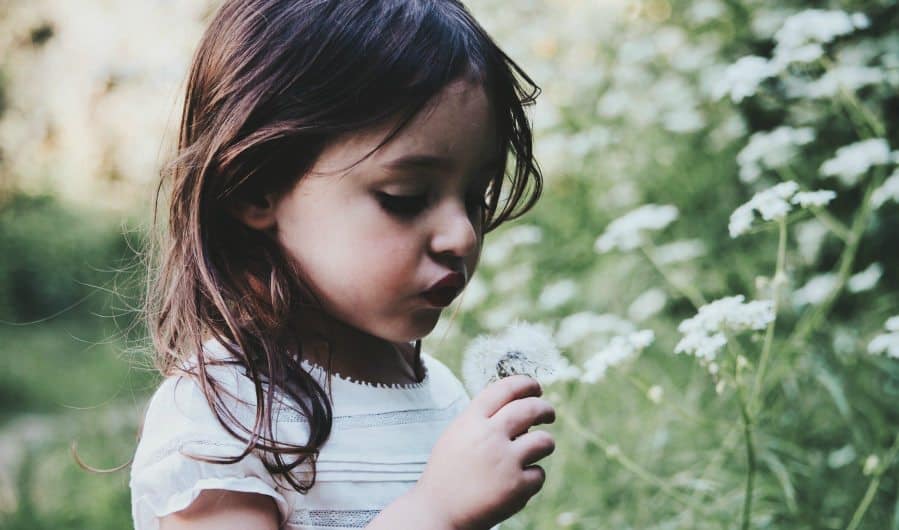 I have loved your column since long before I had my own parenting dilemmas, but I don’t remember/can’t find one that addresses my current issue (which I know is why we all write in!). Bluntly put, I know you lost your father after having children, and am hoping your experience might have given you some relevant wisdom to pass along.

My husband and I have two daughters, ages 4.5 and 1.75 years old. I am lucky enough to have had one set of grandparents until two days ago, when we lost my grandfather after a slow decline due to strokes and dementia. My girls and I visit my grandparents 2-3 times per week (for fun and helping with various tasks), and they adore them, asking to see their Gigi and Papa often. We will be continuing to visit my grandmother, so the loss will quickly become obvious.

Complicating this is that I lost both my parents fairly early (my mother to brain cancer when I was 19 and my father to an accident when I was 28), and my husband lost his father before my girls were born as well. My 4-year-old is already going through a phase where she says she doesn’t ever want us to leave her or die. This isn’t in a panicked way, just part of our normal conversations, and we reassure her as best we can that Mom and Dad take as good care of ourselves as possible and will be here as long as we can, and there are so many people that love them, etc.

How do I explain this, their first real loss of any sort, to my girls?? We have talked about my grandfather’s brain “getting tired,” but I am really worried how to say he isn’t physically here without firmly cementing in my four-year-old that everyone dies before you want them to do so (which I guess is true, but still). We do not subscribe to religious world views, so I don’t want to indulge in a cushioning viewpoint that “we will all meet up again someday” or similar. Are there books to help with this??

I want to honor my grandfather’s life and passing, while reassuring my children without using empty platitudes. I feel like my sister and I have a deep cynicism from losing our parents relatively young, and I don’t want to impart that to my precious girls this early. We have been anticipating this loss and trying to prepare, but have come up short in terms of reasonable conversations with little ones.

I am very sorry about your grandfather.

By pure, strange coincidence, I selected your letter to answer on the sixth anniversary of my father’s passing. I’d honestly forgotten until a text from my mother reminded me just now, but on some level, perhaps death and grieving and small children were on my mind already.

What do young kids understand about death?

So first of all, your children are obviously very, very young. It’s actually quite likely that this loss won’t really be much of a “come to terms with the realities of death” for either of them, even your 4.5 year old. My oldest was 5 years old when he lost his great-grandmother and grandfather in fairly short order, and while we bought all the books and had all the talks (and he was there for the post-funeral receptions for both and saw first-hand how sick my dad was during his final decline)…it was all still just the beginning of his understanding of death. Similar to your daughter looking for general reassurances that you won’t leave or die — he understood that death equaled someone leaving but beyond that, death was an abstract concept that didn’t particularly upset or scare him. And I think that’s good and perfectly age appropriate.

When we talked to him (his little brother, who was 3 at the time) about it, we usually stuck to a few simple points and repeated them almost word-for-word as needed. You’ll probably get the same comments and questions from your daughter a LOT, and that’s fine. Keep answering them the same way, and as simply as possible. Repetition is super comforting to little kids, and can keep you from accidentally overwhelming her with too much information.

When he asked (for the hundredth time) what happened:  Pop Pop was very sick and the doctors couldn’t make him better, which happens sometimes, especially when people get very old.

When he asked (for the hundred time) if we could go see Pop Pop or where he went or some variation on that: No, we won’t see Pop Pop anymore but we will always have our memories and stories and photos of him. Would you like to look at some photos?

When he asked (oh my lands) if I was sad that “my dad is dead now” or some other brutal preschooler bluntness: Yes, Mommy is very sad but also happy that Pop Pop isn’t sick and hurting anymore. Sometimes you can feel sad and happy at the same time!

(We are also not religious so I didn’t get into the afterlife with him at this age, but this was still a technically true thing to say.)

When he asked if we were going to die: Mommy and Daddy are not sick and not very old, so you don’t have to worry about anything happening to us. We’re staying right here with you!

When he seemed afraid of dying himself: When you get sick, Mommy and Daddy and the doctors know exactly how to make you better. Remember when [you got an ear infection/ threw up/ your brother hit his head on the escalator and we went to the hospital/ some other example of an illness/ injury where nothing really bad happened]?

So yeah, we kind skimmed over the whole “EVERYBODY DIES AND SO WILL YOU ONE DAY” topic altogether, but that’s also fine and appropriate when we’re talking about kids this young.

As kids get older, as expected, understanding loss is more complex.

It was actually much, much harder on my older two boys when our dog and cat died a few years later. They were older and thus farther along in the understanding process, and this was the loss of two living things that lived with us, that had been a daily presence in their lives for as long as they could remember. (And not to mention the whole bonkers idea that the pets’ deaths were technically something we “chose” or “caused” because we [humanely!!] put them both to sleep. Yikes. That was rough.)

My youngest is now six years old as well, having been born three months after his Pop Pop died. He was your daughter’s age when our pets died and…yeah, he processed it similarly to how my oldest processed his grandparent loss. Lots of repeated questions and comments (“I miss Max and Ceiba, who died and are dead now”) and some genuine weirdness (“Max and Ceiba are bags of dust who live inside two boxes in Mom’s office!”) , but not necessarily tears or fears or genuine grieving.

Now, at six, he’s coming more to terms with death as a real, fleshed-out concept, and looking back on those losses with new eyes. He wants to see photos of my dad and visit his grave and constantly asks how old our new pets are, and just in general has a lot more questions about the mysteries of it all.

We recommend this children’s book on understanding death.

Which is where my book recommendation comes in, because we’re now reading the same book with him that we read to his brothers when Pop Pop died, and the same book I read to all of them when Max and Ceiba died. It’s called When Dinosaurs Die: A Guide to Understanding Death. What I love most about this book is that it will grow with your children. There’s a LOT of information on every page, but you don’t have to read it all to your child. At least not yet. When my children were your daughter’s age, I read only the “top-level” story — it’s laid out like a comic book, with each panel dipping a little deeper into the subject matter, so you can read as much or as little as you want.

For example, on the pages that cover “Why Does Someone Die?” I read only the top panel about someone dying after a long illness when my children were very young, and skipped the subsequent panels that talk about accidents, babies dying, war, drugs, suicide, etc. (Which, I know, that sounds like a lot for a children’s book, but for a child who may be dealing with a more complicated loss, the topics are presented gently and compassionately.) The afterlife is presented honestly — no one really knows, but here are some of the different ideas (heaven, reincarnation, our memories only) — and again, you can skip right over that and go to right to the next page, which is full of ways we can remember loved ones we’ve had to say goodbye to.

Basically, the book lets you present just the right amount of information that your child is ready for, but if more questions crop up as you’re reading, you can selectively continue on in the same gentle, comforting tone. (It also doesn’t talk down to children or their emotions, which I like.) And if, perhaps, your daughter takes the loss of her grandfather in stride or in a mostly abstract “he’s just not here anymore, okay” way, you can file this book away for future use in a few years when the more complicated questions come to the surface.