Twitter Facebook Pin It Email Article
Prev The Hangry Preschooler (and Fighting Off Temper Tantrums) Next One Room, Two Bedtimes: Update & What Worked! 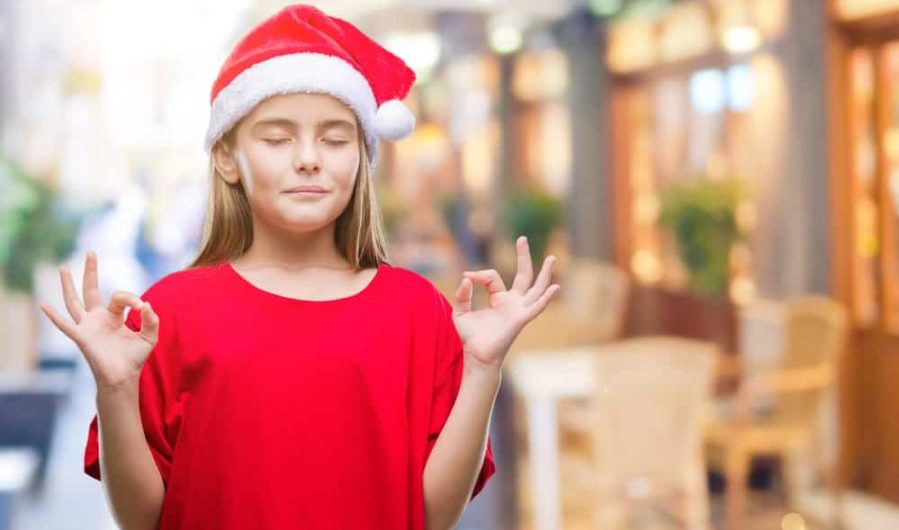 I have a six year old daughter who loves Christmas, but this year I’m noticing that that love is suddenly mixed in with a lot of stress.

We went to see Santa, and she reacted…exactly the same way a rational adult might react if they were about to meet a magical being who would bring them whatever they want on Christmas if they can just get their shit together in the next 10 minutes to figure out what (within poorly defined limits) to ask for. She knows I am going to get her something, but she is very worried that I will not get her the right thing and hates that it has to be a surprise. The poor child lives a deprived life where she never gets anything she wants, and now maybe Christmas is going to change all that, but it’s overwhelming and out of her control and she’s having trouble handling it gracefully.

Any ideas? Do we give her more control of the process and clear limits on what she can ask for? Double down on teaching her to handle surprises with gratitude? Completely eliminate the gift part of Christmas because it’s no fun for any of us (this is my secret preference, but I know I will never get away with it). Tell her Santa isn’t real and therefore Christmas is not the secret workaround to her parents’ ban of L.O.L. Dolls and Shopkins? Panic because it’s already December 6th and we’re still figuring out what to get our kids?

Is there a chance the stress is related to maybe seeing some holes in the whole Santa concept and having that vague feeling that everyone is lying to you?

So I have to admit right off the bat that I’m not entirely sure how much of your letter is exaggeration or tongue-in-cheek here. If I take you seriously at your word, it sounds like maybe you’re a bit of a Grinch about Christmas and presents in general? (She never gets anything she wants, gifts are no fun anyway so let’s just add them to the list of other mostly fun/harmless things you’ve decided to ban outright for some reason, etc.) But then I think, no, you’re being sarcastic, she gets plenty of things she wants all the time but is simply reacting to Christmas as like, the time to ask for ponies and spaceships and a million dollars.

The Santa story isn’t always a good match for some kids and personality types.

My kids all loved the story and believed in it pretty whole-heartedly for years, and all eventually learned the truth without any drama or “YOU LIEEEEEED!” level of betrayal. (If anything, my youngest is a little ticked at his brothers who let it slip last year and spoiled the fun and his belief in magic prematurely for him.) But my kids aren’t anybody else’s kids. If you sense she’s really struggling with generalized anxiety about the concept, definitely dial Santa’s powers back to something a little more grounded. “Santa helps Moms and Dads out around Christmas by telling us what you want and helping us find the right present!”

Ideas to help your child this holiday

Then, instead of springing Mall Santa on her, have her make a Christmas list. Let her take her time on it. Tell her she can write down 10 things (or five or three or whatever). Explain that she won’t get everything on the list, but to just write down things she would be happy to get. Then mail the letter or take it to your local YMCA or fire station or anywhere that might have a “Letters to Santa” drop-off. (Bonus: These places also usually run toy drives so you can work on the gratitude/spirit of giving by having her select a new toy at the store to give away to a child who’s Mom and Dad need extra help finding the right present.) If the list seems to be stressing her out, drop it down another level and have her look through a toy catalog to circle five things, or point them out in person at the store so she knows you’ve been fully directed and debriefed on what she might consider the “right thing.”

Then, you know, you shop and you do your best. Christmas morning is always a rush of exhilaration and then a bit of a letdown when it’s all over. She wouldn’t be the first or only kid to express some disappointment over the lack of a pony or a spaceship. It doesn’t mean she’s a spoiled brat; it means she’s six, and Christmas is kind of a mixed bag.

What will probably help most going forward is giving her a bit more control and agency around buying “things” in general, not just around Christmas/birthday/surprises.  Give her a chore list and a weekly allowance. (For example, a six-year-old can make their bed, set the table, load/unload the silverware from the dishwasher, help put away their laundry, etc.) In exchange for these contributions to the household, she gets a modest allowance to do with as she pleases — to spend, to save, to set a goal for herself or just to blow it all on hats, etc. She’ll learn how much things cost, how long it takes to “earn” those things, all sorts of good stuff. Plus, she’ll hopefully feel a little less overwhelmed — it’s hard to be a very small person with no money and total reliance on adults and Mall Santas to get you things you want and need! It’s a little easier when you have your very own wallet with FIVE WHOLE DOLLARS in it!

(Oh, and if you’re as hopeless as I am about keeping cash on hand for allowances, check out the RoosterMoney app for tracking chores and allowances. We use it for all three kids and love it in a completely authentic and non-sponsored way!)

And finally: Letting her spend her own money means you should let her spend her own money. Which means you’re might want to relax a bit too. I mean, I get having moral objections to Bratz and Barbie, but Shopkins? Ehhh. I mean, I get that they’re small and cheap and easily vacuumed-up/lost/chewed by the dog, but it’s not a terrible thing to let her spend her money or her Santa/Christmas capital on something like that and learn for HERSELF that maybe they aren’t worth it. (Just ask my kids about all the money they sunk into Trash Packs.) Banning stuff — particularly stuff that all her peers probably have, and extra particularly if you don’t have a real reason other than “Mom thinks they’re dumb/annoying” — is just going to make them soooooo much more desirable, and perhaps even feed into this anxiety around gifts and surprises. (“What if my friend buys me a L.O.L. Surprise! doll for my birthday and my Mom makes me return it OMG OMG OMG?”)