Twitter Facebook Pin It Email Article
Prev Holiday Hot Toys: Hits and Misses of 2015 Next Better Mornings For a Family of Non-Morning People 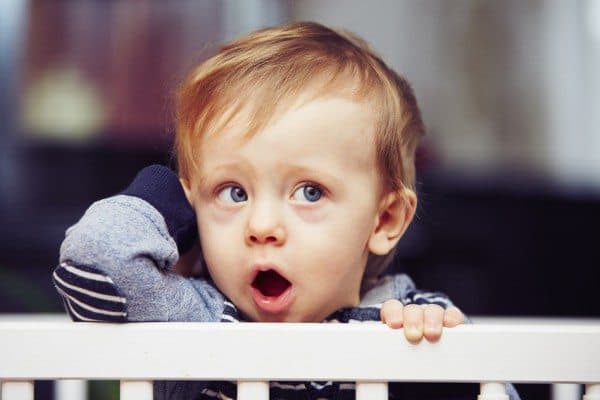 My Toddler Is Pulling Out Hair…Her OWN

When I wrote to you a few weeks ago I thought sleep training my one year old was as good as it gets. But now we have a real crisis on our hands! I checked your archives and can’t see a similar query, so please answer this one…maybe you or your excellent commenters can help us.

Our adorable 2.5 year old daughter has always been sweet and easy-going and happy. We recently moved and took an international trip in the space of a week, so things have been hectic here. But we have been settled for three weeks now in our new home. For the last two weeks she has become a terrific terror. I attributed her mischief to the fact that we had just moved, tearing up photos and peeling off wallpaper and coloring on doors, and tried to distract her and redirect.

Well, the mischief got too much so I put her back in the crib for naps (she switched to a bed around the time we moved). This seemed to be going perfectly, as she has always been a child who enjoyed taking naps. Until I noticed tufts of hair on the floor around the crib and her bed (where she sleeps at night).

She is pulling out her hair! In the space of two weeks, she has bald spots:( I’ve watched her do it: she snuggles up with her fingers in her mouth as per her usual wont and then rubs her other hand on the sheet. Then right before dropping off, she runs her fingers through her hair and pulls out a tuft which she then plays with until she is sleeping. It’s a very gentle tug, not a yank and she seems very placid the whole time.

She only pulls at nap/bedtime and only a little bit each time. But it is already so disturbingly noticeable.

Please help me figure out how to distract her and stop this depressing behavior. I really want it to stop before it becomes a strong habit.

Believe it or not, this is a very common habit for toddlers. While it looks bizarre and painful and a tad disturbing, hair twirling/pulling is a self-comforting/soothing habit, akin to thumbsucking or bouncing/bumping their head against the mattress.

And the good news, most toddlers will lose the habit all on their own. Like most nervous tics or bad habits, it’s best not to make a huge scolding deal about it. Shame will lead to self-consciousness, which will lead to more anxiety, and thus an even deeper/stronger need for her to self-soothe via her compulsion of choice.

And oh yes, this is very much tied to stress and likely a by-product of her recent move. Hooray! She’s treating her hair like a blanket or lovey, basically. So here’s what I would suggest you try:

Good luck, and I will reiterate that this IS a very, very common toddler habit, and very likely a very temporary one. Offer as many self-soothing/de-stressing alternatives as you can and continue to help her work through all the changes and feelings that are at the root of her anxiety in general. And maybe go on Etsy and buy some really cute hats for in the meantime.