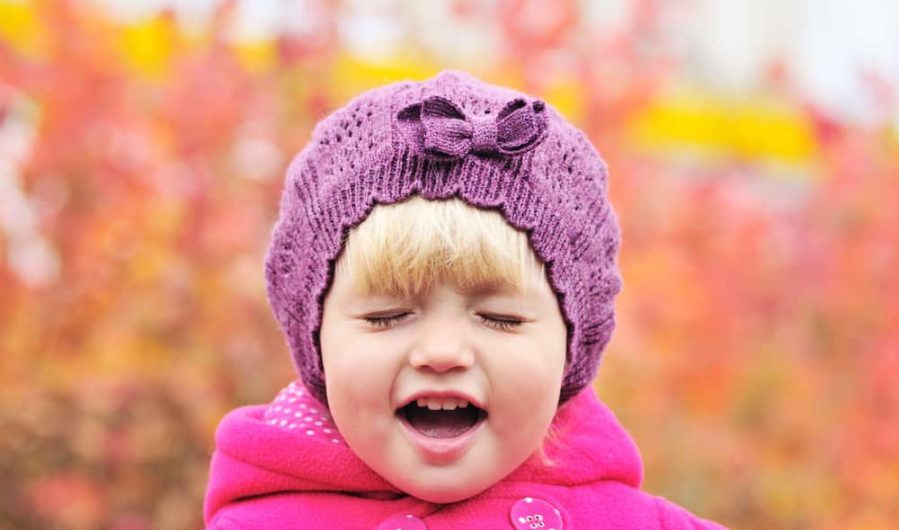 I am struggling a bit with my barely 3 year old daughter. For about a month now, she will randomly make sort of aggressive sounds – think the sound a frustrated toddler would make when hitting you (sort of a grunt/yell). Sometimes this comes out when she is clearly frustrated trying to do something or get our attention. Other times, we are playing happily, or she’s helping us cook or whatever, and she’ll randomly do it, seemingly out of the blue. She is VERY verbal and generally is able to express her feelings and thoughts well.

There is nothing really wrong with the noise (she isn’t ACTUALLY hitting us or anything like that), but it is annoying and unsettling. We’ve tried ignoring her. We’ve tried asking her to use her words to tell us what she is feeling, etc. We’ve tried telling her that we don’t like that noise and if that we will talk with her if she uses her words. I’ve tried asking more leading questions (“that sounds like a mad/frustrated noise. are you mad/frustrated about something?” Answer: “yes. I’m frustrated about…the wall (or whatever is in sight)”.

Is this just attention seeking behavior? She has a 7 month brother, that she generally does really well with, but both my husband and I work full time outside the home, so undivided parental attention can be scarce during the week, despite doing our best.  Is there a way we can help her express her feelings in a different way? Should we just let it go and figure she’ll get over it?  It’s been going on for at least a month and we’re tired of it. I can’t figure out if she’s just trying out new things to get our attention or if she’s struggling with some big emotions that she doesn’t have the words for.

You know, I’m a highly-verbal, mostly-mature adult and I do this too! I get frustrated and will routinely express that frustration with a GAH! or an ARGH! or even a GRR! Sometimes that’s just easier than having a fully-formed thought and conversation about why the food processor lid is working my last nerve.

So I would totally let this go and ignore it. There’s really nothing wrong with her opting to use this sound to release whatever tension or frustration she’s feeling! It would be different if the sound 1) regularly escalated into full-on meltdowns or tantrums (which it doesn’t), 2) was accompanied by actual aggressive behavior (which it isn’t), or 3) wasn’t in some way connected to actual feelings of frustration (which she has repeatedly affirmed it is when asked, even if that frustration doesn’t always make sense to you). (Welcome to the wonderful world of three year olds!)

I personally would find it exhausting to have people pushing and questioning me to explain exactly what’s bothering me any time I showed signs of frustration, so try to back off the constant “use your words” prompt every time you hear it. You know she’s capable of talking about her feelings, but that doesn’t mean she necessarily has to talk about them ALL THE TIME. You could ask her if she needs your help with something if you suspect the frustration is task-related (a difficult puzzle, she’s looking for a lost toy, etc.), or just ignore it completely! That’s probably the best way to reinforce that the sound itself will not get her attention from you or a solution to her problem, while also not making A Big Deal over what’s probably a completely innocent habit of self-calming/soothing that she’ll outgrow on her own.

Having a baby in the house has also likely normalized this kind of non-word vocal expression of emotion for her — her brother gets to grunt and yell and cry all he wants, so she’s found her own little shortcut of I AM MAD ABOUT EVERYTHING RIGHT NOW in the form of this noise. Which I understand that it’s annoying to listen to, but it’s honestly a preferable form of toddler tension release over many of the “usual” alternatives. (Hitting, biting, throwing toys, random screaming tantrum meltdowns because they’re angry about having to wear pants, etc.)