Twitter Facebook Pin It Email Article
Prev On the Road Again: Toddler Tantrums in the Car Next Halloween is Not Just One Night of Fun for Toddlers 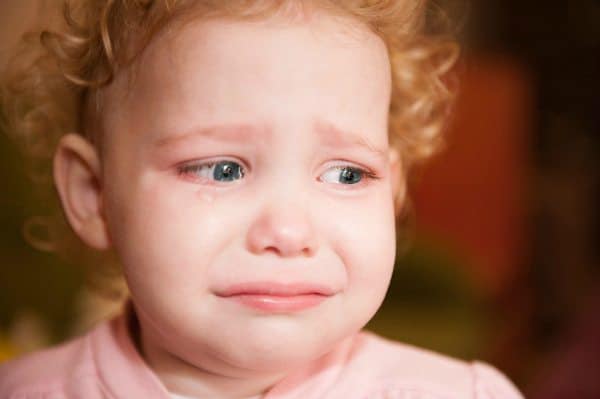 Been running myself crazy and would love some third-party insight. I really love your column so figured you are my best shot 🙂

So, I have a 2.5 year old girl who despite all my non-attachment parenting ways (not judging those ways, just saying not what I’m doing) is VERY attached! Specifically the issue is that she always wants me (or my hubs if he’s there) to carry her. She can walk perfectly fine, but generally only wants to walk when I don’t want her to (e.g. next to a road, etc). If I don’t carry her she will whiiiiiine, which I ignore, and then she will escalate into full-blown screaming hysterics and generally end up throwing up because she has made herself so hysterically upset. I generally still don’t pick her up even in these circumstances, but will sit and comfort her once we are wherever we were headed (preschool/home). Even once she is calm though she will hardly let me go, insisting on me carrying her around the house while I make her lunch or sitting on me while eating the lunch. If/when I stay firm on “no” to these she regresses back into the screaming.

Do you think she is just being lazy and likes being toted around or is she seeking comfort and I’m denying it, which is traumatizing her in some way?

I really thought if it was a lazy issue that I’d stuck to my guns for long enough (we are talking months and months) for her to get it, so that’s why I’m afraid it really is her needing comfort/compassion and she feels denied.

My hubs btw caves every time and carries her because he can’t handle the whining/crying.

Also, just to be clear. I always stay calm and don’t talk too much, just use clear, simple communication: “You can walk, hold Mama’s hand.” I don’t discipline her for this behavior because I’m just not sure where it stems from, but I really hate it and would love for it to stop. Just not sure how to achieve that.

Any thoughts/feedback/suggestions? In lieu of those, I’m selling a toddler – cheap! 😉

So this is an Issue that Other People have Surprisingly Strong Opinions About, as I learned the semi-hard way, back when my oldest child was three years old. He also insisted on being carried most of the time, and I mentioned this — and the fact that I generally gave in to his demands and carried him — in a blog post. Some readers seemed to think this was unacceptable for…I don’t really remember why. Because I was babying him? Not encouraging proper independence? Ignoring some possible developmental problem (even though our entire lives at that time revolved around developmental problems we were most definitely NOT ignoring)?

I don’t really remember because I was like, sorry, this is just…not that big of a deal to me. I will carry him to the damn car or down the steps if it helps us get where we need to go, on time and with minimal drama.

So after reading your letter, I have to ask: Why is this such a big deal? What’s so important about this particular power struggle? And is continuing to fight it (after months and months) really making life any easier/better?

When my toddlers asked to be carried, I usually carried them, unless there was some very true and honest reason why I couldn’t. (Because I’m carrying groceries, because I need to put you down to unlock the door, etc.) I didn’t have any back problems or other physical issues, so it typically wasn’t too uncomfortable/taxing. Because I did carry them in times when they wanted/needed it (maybe they were feeling anxious about our destination or an upcoming separation, maybe their little toddler legs were just tired of trying keep up after a long day, etc.), the amount of whining I got when I DID refuse for a legitimate reason was usually not too terrible. Definitely not screaming or hysterics, even from my Very Most Clingiest/Separation Anxiety-est Kid.

My guess is that your daughter IS an inherently clingy/needy kid, who is asking to be held for comfort and security rather than laziness. (I mean, unless you’re concerned about her energy and physical activity levels in general, but if it’s isolated to just this particular issue, I’m going with this being primarily emotional.) Screaming to the point of throwing up is…yikes, and if holding a firm line (for months and months) with no sign of improvement, I just gotta suggest you re-think your staunch no-carrying opposition here.

If you pick her up when 1) she asks and 2) you physically can, you remove any reason for her to whine or freak out. And you get from Point A to Point B easier, probably faster, and definitely with less stress for BOTH of you. That’s a damn win, in my book, rather than continuing to fight with her over this every. Time. You. Go. Anywhere.

And after consistently getting from Point A to Point B with less stress, she might start relaxing a little bit and drop HER end of this power struggle (because make no mistake, she KNOWS you’re going to say no before she asks and is primed to pitch a fit every time walking is expected). She’ll also probably drop the post-hysterics cling-fest at home when she grows more comfortable that she won’t be consistently denied that closeness/security when you’re out and about.

If this all sounds kinda Attachment Parent-y to you, well, there is definitely some attachment theory running through this problem/solution combo. And look, I hate set parenting labels and die-hard tedious PHILOSOPHIES as much as the next Good Enough Parent. I solemnly swear there is no one right way to do things, but sometimes our kids just need us to put our preferences (and prejudices) aside and do what’s right for them. Sometimes that means doing the sleep training you always swore you’d never even consider, or supplementing with formula or breastfeeding longer than you planned. Sometimes it means picking them up and carrying them, even though they are perfectly capable of walking.

She’s not going to forget how to walk or become physically/developmentally stunted, I swear. (Hell, I was still strapping my kids into the Ergo carrier on my back when they were your daughter’s age, whenever we were doing something super-walking-intensive and I didn’t feel like using the stroller.) You can continue to narrate safe street/crossing rules while you hold her and lead by example. (“We need to wait for the walk signal, we need to stay on the sidewalk, we never run in parking lots, etc.”)

And she WILL outgrow this. Probably sooner than later, once you stop fighting her tooth and nail about it and making it a Thing, I’d bet. All of my children who are too heavy for me to carry now walk from Point A to Point B completely on their own without any whining or drama of any kind, I swear.

(And note that “all of my children who are too heavy for me to carry” does not yet include my 4 year old. He still asks to be carried sometimes, either because he’s tired or just feeling a little shy/nervous/needy. And so…sometimes we still carry him. Some day he really will be too big for me to pick up and I’m selfishly happy that day isn’t here yet.)