Twitter Facebook Pin It Email Article
Prev Can This Potty Training Be Saved? Next The Dinnertime Dance (and Some News For Satter Fans) 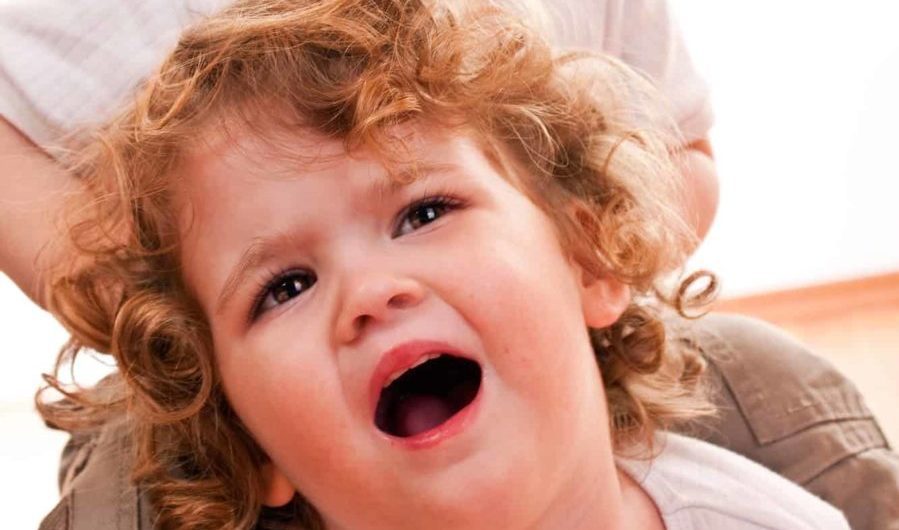 Hands Are Not For Hitting (Your Sibling)

I know you’ve written TONS about this, and I just read through most of your toddler behavior columns. I have a 15 month son who is experimenting with the joy of hitting and throwing. Hitting friends, hitting sister (3.5 year old), hitting mom and dad, hitting the floor, hitting the table…you get the picture. There is also a lot of throwing toys, but mostly not directed at anyone on purpose (yet).

So, we have been trying to use the “hands are not for hitting” script. Trying to re-direct – I’ve even tried the “you can hit the floor, couch, inanimate object if you need to hit.” We always demonstrate gentle touches and ask him to also show gentle touches – which he does very well – often followed by a open-palmed smack. If he’s hitting me, I usually also say briefly “I can’t let you hit me” and set him down or move away from him. I get that it’s a process and we will continue working at it.

My problem is my daughter. She is only 3.5 years old and doesn’t get the concept of removing herself from the line of fire or the equivalent of “I’m not going to let you hit me”. Her brother thinks it is SO MUCH FUN to hit her. My efforts to redirect and move him to a different area of the house or room are just not that effective. He’s super mobile and can get just about anywhere that sister can go. Any advice for curbing the sibling aggression specifically? Aggression isn’t even the right word. He sometimes hits aggressively (like – hey – get out of my way) but he hits just as often because he thinks it’s fun. Clearly just looking for reactions. But it turns out toddler development isn’t my preschooler’s strong suit 🙂

As an aside – Daycare has noted some of these issues and also focus on redirection and showing “gentle touches” – my son and a friend of a similar age seem to have a fun game where they hit each other and laugh…neither seems bothered by it. Daycare discourages it appropriately, but kids will be kids.

So obviously you know this, just to reiterate for anyone who hasn’t (yet) encountered this particular flavor of young toddler fun, the “hitting phase” is very, very common and normal as all get-out around this age. Hitting (or biting or kicking or throwing toys) becomes a stand-in for everything they don’t yet have the words for — get out of my way, give me that toy — AND an easy way to experiment with some cause-and-effect and get some attention and/or fun reactions. It is just a phase, albeit a phase that you can’t just passively sit back and wait for it to pass all on its own, because hitting hurts! Hands are not for hitting! You will likely repeat those phrases so often during this phase that you’ll feel like a malfunctioning robot uselessly and repeatedly slamming into a wall, but eventually: Your kid will get it, and the behavior will stop.

In the case of the toddler at daycare he’s having regular “fun” slapfights with, I’m interested to know what “discourages it appropriately” is. Because that’s a case where they should be immediately and physically separated rather than verbally reminded of “gentle touches.” Even if they think the game is fun, 1) eventually someone IS gonna get hurt, and 2) they should learn that the consequence of playing that particular game means they can no longer play together at all. If that’s what you mean by “redirection,” then cool, proceed! But if not I’d definitely vote for yoinking one of them up and out of the area completely vs. moving them both to a different-but-still-together activity or handing them different toys (that they can easily turn into weapons anyway).

Anyway, moving on to the main point of your question: How to get your daughter out of the line of toddler fire. You’re right that it’s definitely not her job to stick to the “hitting hurts! hands are not for hitting!” script and to temper her own reaction to being hit in order to rob her brother of that sweet, sweet big “OW! MOMMM!! MAKE HIM STOPPP!” he probably finds so amusing right now. Those are your jobs. It’s also not her job to “put up” with being hit.

She DOES need a safe space away from him. A space she can retreat to as soon as he starts the hitting game, or to go whenever she doesn’t feel like getting hit in the first place. I know you said your efforts to move him to a different part of the house haven’t been that effective, but this is a case where you take advantage of things like baby gates and closed doors and the fact that you are still much bigger/faster/stronger than him. (Albeit maybe not 100% on the “faster” bit sometimes.)

A single tall stool at the kitchen counter where she can color or play with Play Doh or crafts or anything she wants is a great start. Remove any other seating from the area that her brother can scale and have that be “her” play area only. You can set up a tablet or laptop here so she can watch Sesame Street in peace, so it’s not like it’s always on her to change activities when he hits or misbehaves. (Going to her room and closing the door is of course an option, but you don’t want her to feel like she’s being punished.) So feel free to gently make the location suggestion — “Ugh, I’m sorry. Babies still have a lot to learn about hitting but I know being hit is no fun! Do you want help moving your puzzle to your room or the kitchen counter?”

If she doesn’t want to move (which is fine! she’s not the problem!), then you do need to remove him from her orbit and enforce the location change somehow. While he’s too young for timeouts to be effective, he’s still young enough to be stymied by good-quality baby gates or a large playpen/enclosure-type set up. He can still have access to toys and activities and such; he just can’t have access to his sister after he hits her, not even once. So look for ways to move him and barricade him. Then stay with him and — when he inevitably howls in protest — remind him of the no-hitting rule.

His separation doesn’t have to be super long or permanent…just keep him away from her long enough until you’ve got him successfully redirected to something else. Even just 10-15 minutes can be an effective reset. But if he hits her again, he gets relocated back to whatever room you can gate him into. Rinse and repeat, as many times as necessary.

This will benefit both of them, really: You’ll be reinforcing that while hitting his sister might seem fun, it means that other fun sister stuff immediately stops and he can’t play with her anymore. (Similar to my suggestion for his daycare sparring partner.) It’s not a “punishment,” but just a “consequence.” So eventually the cause-and-effect lesson of hitting won’t be HITTING = FUN REACTION AND ATTENTION WHEEEEE. It’ll be HITTING = FUN’S OVER AND I’M STUCK PLAYING ALL BY MYSELF BOOOOO.

And you’ll also be 100% demonstrating to your daughter that hitting is Not Okay and you won’t tolerate her getting hit or hurt either. Also a good lesson for her; you don’t want her normalizing this and accepting physical aggression from kids her age at daycare or preschool.

Oh! And on that note, make sure that when he hits, your attention immediately and wholly goes to the child he hits. Hold off on addressing him at all, and spend your initial reaction on asking your daughter (or his playmate, etc.) if she is okay, and then repeat the “Hitting isn’t fun! Hitting HURTS!” while keeping eye-contact with the hittee vs. the hitter. Suck allllll the attention out of the behavior that you can. (I actually learned this trick from one of our preschool teachers and it’s devilishly effective!)

1. Toddlers Who Throw Toys, Food & Other Hard Unyielding Objects
2. Discipline vs. Correction vs. the Mighty Redirection
3. Toddlers Who Pull Hair