Twitter Facebook Pin It Email Article
Prev Need Quality Time With Your Teens? Go Camping! Next You Have a New Baby! Now How Do You Keep Your Sanity?! 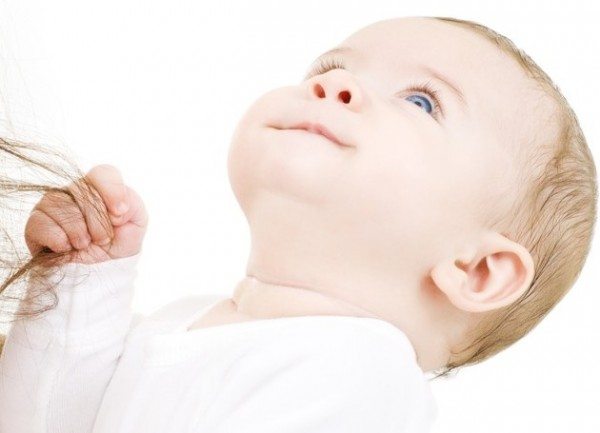 Discipline vs. Correction vs. the Mighty Redirection

I’ve been reading your advice column since long before I had a baby to apply your wise words to, and during those ‘is this really a good idea’ moments of 3rd trimester anxiety about all the changes about to come into my world, your funny and super smart words convinced me that yes, I probably should go through with getting that baby out of my enormous stomach and into my arms.

I am the type to do a lot of reading and research about every single thing, big or small, but the question of discipline is something I just can’t get a handle on. To give you some background: I am 26, and while a few of my friends are just starting to trickle down the aisle, I am by far the first in my social sphere to have a baby, so can’t look to people in the real world for advice, because it would probably be “have another glass of wine” (maybe they’re on to something?!). My little honeymoon baby (surprise!!) is now 7 months old, and has mostly been a total pleasure. He’s slept through the night with one (one!) exception from 8 weeks on, he smiles and laughs at anyone and anything, he’s taken to new things–solid foods, sippy cups, a nanny–with no issues at all.

He’s incredibly active and physical, though, and now that he’s getting bigger and stronger, his need to constantly grab/pull/poke/scratch is becoming a bit of a problem. His hair and skin pulling and prodding is actually starting to hurt a bit, and I can tell our dog agrees. Is it too early to start “teaching” him that this kind of thing is not OK? When is the right time to start disciplining your child? I know he’s not doing it maliciously at all, but… still. I don’t want to wait so long to at the very least lay the groundwork for good behavior that I miss some kind of window and find myself with a screaming, kicking, spoiled brat on my hands that nobody wants to play with–especially since I feel like I’ve been dealt such an incredibly lucky hand with my generally incredibly sweet and easy-going boy.

Okay, before we begin, let’s nail down some terminology here: At seven months old, your baby is not anywhere close to ready for the concept of “discipline” to be introduced. But I think you know that: Discipline involves (or at least implies) a punishment or consequence for a specific behavior and requires your child to KNOW that specific behavior is wrong. What you’re looking to do here is introduce gentle, appropriate CORRECTION when possible, and lots of good old fashioned REDIRECTION.

There is no “window” here that you’re missing, because what your child is doing? With the grabbing/poking/pulling/yanking all the livelong day? NORMAL. Completely, 100% normal and expected and developmentally appropriate. Not to say that it’s NOT a giant pain in the ass because yes, it hurts to get your hair pulled and animals certainly can’t be told that hey, that small yanky child currently gnawing on your tail is simply exploring the world of sensory/tactile experiences and dabbling with a little cause and effect, so don’t get mad at him, okay?

But that’s exactly what your son is doing. He’s just starting to get a sense of control over a full set of arms and legs and feet and fingers (that for MONTHS now have twitched and kicked and grabbed mostly on reflex/instinct) and he’s starting to realize that he can have a physical effect on the world around him, and that some of this sensory input is really freaking interesting. Blocks get knocked over. Balls get thrown. Mama makes a funny noise when I bite her. Etc.!

When he starts grabbing you or pulling your hair and it hurts, disengage his little fingers and give him something else to play with. Same with biting — give him a toy or a teething biscuit to gnaw on. (I used to wear a silicone teething necklace at this age for this very purpose. Check out Chewbeads or Smart Mom.) You can say “no thank you” or start the “hands are not for hitting/teeth are not for biting” refrain now, though be prepared that you’re probably still going to be saying it 10 months from now, once he enters toddlerhood and continues testing these very same limits, this time with a curious sense of purpose. Intervene IMMEDIATELY when a dog or cat is involved, however, and start modeling the correct way to touch an animal. Take his hand and have him do it as well. “Gentle. This is gentle. Show Mama gentle. Good boy!” If you can’t trust him around the dog yet, set up baby gates and barriers to keep them separate during playtime.

But again, you’re going to be doing this exact same type of correction a LOT. Over and over again. It can feel pointless and yes, it can be extremely frustrating when you’re exhausted and changing a diaper at 3 in the morning and your baby is all, “LET’S KICK MAMA’S HAND AS HARD AS WE CAN AND MAKE THAT POOPY DIAPER FLYYYYYY.” But it doesn’t mean you’re doing anything wrong or should be doing “more.” You can’t yell at a 7-month-old baby for not having full control of his grabbing reflex or for hurting your feeeeellllings. You can’t put a 9-month-old in time out for throwing a toy at your head. (You CAN, however, compliment her aim. Then give her a more appropriate target, like a block tower or something. Redirect!)

As for when to introduce honest-to-God actual discipline, that depends. It’s different for every child, but I’d say you probably can safely table the worry until at least two years old, and even then you’re going to keep the consequences small and immediate.  (No abstract concepts like multiple-day punishments/groundings, etc. And certainly nothing physical, omg.) They throw a toy at you? Toy goes up and away for a few hours, or the whole day after repeated offenses. I started putting Noah in very short time-outs after his second birthday, usually following at least one verbal warning to cease a certain behavior. Sit for one minute for every year of age on a calm-down chair/naughty step away from toys. Stay with them if necessary to keep their butts in place, but no talking. Ezra was in time-outs a little earlier than Noah, but mostly because he saw the process modeled by his brother and would go put HIMSELF in time out when he was rage-y or upset. (So sensible, that one!)

I don’t think time-outs work that well as a deterrent for undesirable behavior at those young ages, by the way, but should be employed more as a reset button for an overly-wound-up child who’s acting up and out. Now that timeouts involve four/five or seven/eight minutes for my kids, it’s more of an actual “punishment.” (Though rarely employed; we’re more of a star chart family now where our older boys have 4/5 daily goals that are a mix of responsibilities and behavior expectations. Not getting stars equals missing out on earning that day’s incentive — a cartoon or special food treat, usually. But a time out still works for a consequence-on-the-fly for de-escalating sibling squabbles and such. See how much you have to look forward to on the discipline front? IT NEVER ENDS.)

But you’re going to continue with the redirection into older toddlerhood, too: One instance of hitting/biting during a playdate doesn’t mean you need to be all, “THAT’S IT WE’RE GOING HOME AND YOU’RE GOING TO BED YOU AGGRESSIVE UNSOCIALIZED MONSTER!” It just means you need to pull your child away, put them in a different area of the room and give them something else to play with. If they continue to fixate on some desired object that their playmate has, keep trying to distract them and engage the other child’s mother in a sharing/taking turns lesson. In five minutes, the toy changes hands, please, thank you, all of that. (Note that no, this won’t always go well the first time or the 70th. But…toddlers. It happens. You aren’t raising a sociopath who will never ever learn to share his choo-choos.) If you do baby sign language, the “sorry” sign (fist makes a circle on your chest) is a GREAT one for older toddlers, since it’s easier than saying the word and yet still introduces the very important concept of apologizing.

Ike is now 25 months old, and I have not yet put him in time out or taken toys away or done anything that might be considered for-real “discipline.” Obviously, I tell him “no” and set plenty of limits, but he’s still clearly experimenting with those limits and cause/effect. Though now (as opposed to your son’s developmental stage) there’s a LOT more intent. He balls up his fist and hits. He throws a toy at me deliberately (though it’s still not necessarily maliciously). And yes, it’s ALWAYS me. Because I am Mama and my love and care are an established constant. Thus I am his “safe space” to test some limits to see what happens.

Am I upset or worried? Hellz nah. This is so totally normal too and he’ll outgrow it. All my kids went through a phase like this, somewhere between 18 months and 2.5 years old. He’s looking for a Big Reaction from me, so I simply don’t give him one, whenever possible. If we’re sitting on the couch and he hits or smacks or beans me with something, I immediately (and silently, other than perhaps a measured “No thank you, Ike, no hitting.”) put him down, move away and turn my head. This is the opposite of what he wants: We’re not playing anymore! We were having fun talking/tickling/being goofy and now Mama stopped! Is it because I hit? It’s because I hit. Ooooohhhhh.

It’s working. He’s getting it. We read Hands Are Not for Hitting an awful lot. That doesn’t mean he’s a perfect doll-baby angel child who never kicks me in the chest during diaper changes and laughs about it, but oh my God, he’s the farthest thing from a “screaming, kicking, spoiled brat that nobody wants to play with.” As long as you set SOME kind of limits on behavior and correct/redirect SOME of the time (as you don’t want to helicopter either, or scold the kid for scratching you when it’s your own fault for not trimming his nails, whuuuups), your child will be FINE. And even if your child spends his entire toddlerhood (and some of his preschool years) pushing back on those limits with all his might, he will still be completely, totally FINE.