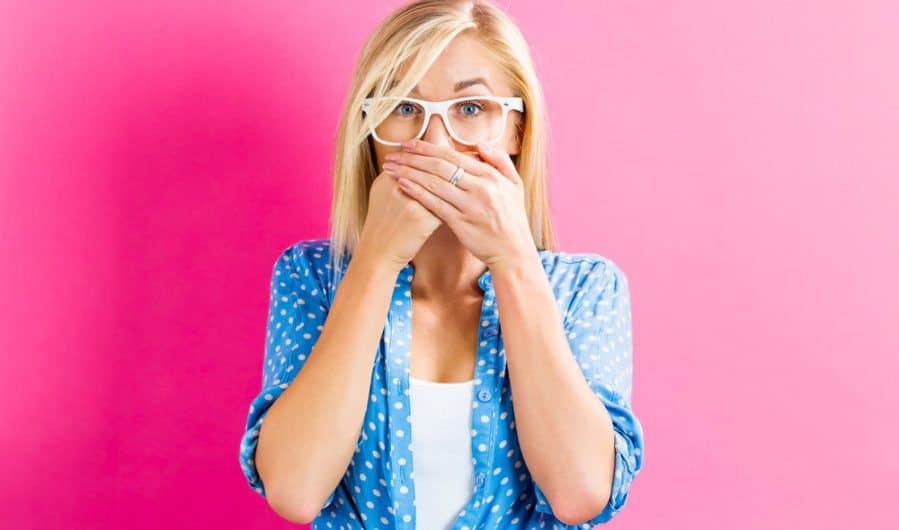 Things Not To Say To Your Kids. (And You’re Probably Saying Them)

My 7 year old has this habit of constantly yelling, “Stop it” when he doesn’t like what someone (usually one of his siblings) is doing. It’s very grating to hear him shouting, “Stop it! Stop it!” instead of expressing his feelings in a more articulate, thoughtful way (or the 7 year old version of that).

Where did he pick up that irritating phrase, I wondered. Well, it didn’t take much of an investigation to find out. It was of course, me.

I said, “Stop it!” when a kid rode his bike through the kitchen while I was making dinner (because seriously why?!?).  And when the kids were bickering endlessly about whose turn it was to pick a certain TV episode. And when they were sobbing about having to set the table because of their very exhausting day (you know how tiring it is to be a child).

And I started to think this was probably one of those phrases it was best to avoid as a parent. And guess what, there are a few others too. So we tracked down some experts to find out some of the phases to skip and what to use instead.

Yup, these are super negative words.  Now you might not always be able to avoid a word like, “no” and that’s okay. You don’t want to talk in circles trying to avoid the word “no” when it’s the best way to communicate to a young child.  But you do want to try to turn around these negative words whenever possible.

Dr. Kristin Carothers, a Clinical Psychologist at the Child Mind Institute says, instead of telling kids what not to do, tell them what to do instead. She says, “Instead of ‘stop yelling,’ say, ‘please lower your voice or please talk quietly.’  Telling kids what you want them to do increases the chances they will engage in appropriate behavior the next time a situation arises.”

Amy McCready, author and founder of Positive Parenting Solutions recommends finding opportunities to say, “yes!” For example, your child may want to go to the park and maybe it’s just not possible. But before you say, “No, we can’t go the park” try, “Yes, the park sounds fabulous. Should we go tomorrow morning or over the weekend?” That sort of thing.

Whenever possible, you also want to avoid shaming phrases. A parent might throw out a, “You’re being awful!” or “You’re terrible!” or “Shame on you!” without realizing the potential longterm, harmful effects. Of course they don’t mean that their child is awful or terrible all the time, but the effects of this kind of language can be harsh for a child.

Sharon Silver, host of the webinar, “Why Do I Yell and What To Do Instead” and founder of Proactive Parenting  says, “Each time I hear a parent say phrases like that, I look at the child’s reaction. The child looks away, or looks down, slumps his/her shoulders and drops their head. They’ve been impacted by the words. Their sense of self has been attacked. There is no teaching value in shaming a child.”

She suggests something else instead. Simply say something like, “Wow, that was a big mistake. We need to talk about that.”

Clinical Psychologist Dr. Alissa Sheldon agrees. She gives another example that many parents can relate to – the messy room. But instead of saying to your child, “Why are you so messy?” try this, “I do not like when your room is messy. Sheldon says, “It’s a subtle difference in language but it addresses the behavior rather than making the child feel as though he/she is deficient in some way.”

Hang out at a playground for a few minutes and you’ll start to realize just how often parents overuse the phrase, “Be careful!” Of course, there is nothing wrong with saying it when it’s really warranted but using it too often gives kids the wrong message.

Sharon Silver of Proactive Parenting says, “Repeatedly saying ‘Be careful’ can cause a child to decide that the world is too scary so he/she needs to be careful of everything. They reign themselves in and the child-like abandon that we all love about kids seems to disappear.”

Children can’t always rely on their parent’s warning system – since no parent will be around a child 24/7. They need to develop their own ability to know when to be careful. So parents need to give them the freedom and space to do this.

When you do use the phrase, experts recommend giving clearer instructions like… Walk slowly. Use the handrail. Because screaming…  “Be careful on the monkey bars!!!” is really only going to shake your kid’s confidence and probably cause he or she to fall. (Side note: I’m denying I ever did this no matter what my 7 year old says.)

We all like to hear, “good job,” right?! Yes. Of course. But it’s so overused that it’s sort of lost its power to boost self esteem. So instead of just saying, “good job,” help kids understand what exactly they did so well so they can replicate it in the future. Parenting expert Sharon Silver says, “Kids have no idea how to repeat their success unless parents include details about the path the child took to create the success.”

So instead of saying, “Good job on that math test!” say something like, “Well, look at this, I suppose all those extra hours of math drills really paid off, good job!”  The child now has the information he or she needs to repeat their success.

How quickly we forget that Sesame Street favorite… “It’s okay to cry. Crying gets the sad out of you.” I’m so happy you’re reading this and not hearing me sing it. It really is okay to cry. It’s a healthy human reaction to difficult emotions and situations. Of course, we’d rather our children be happy than sad but we need them to know it’s really okay to be sad. It’s too much pressure to to make them try to be happy all the time.

Clinical Psychologist Dr. Kristin Carothers of the Child Mind Institute suggests saying something like this, “I can see you’re crying and you are sad. Let me know if you want to talk about what is making you feel that way.” We’ve got plenty of time to bottle up our emotions when we become adults. Encourage your children to let it out!

Comments about Your Own Weight

Most adults don’t even realize the things they say about their own weight and how it filters down to their children. Remember – you’re child is always listening. And doesn’t need to hear about your supposedly big thighs, how you hate the way you look in a bathing suit or your latest effort to lose 5 pounds. Keep it to yourself.

Dr. Carothers recommends more positive statements like, “I made a good choice by eating fruit instead of candy. Exercising makes me feel good.” We want to encourage our children to eat healthy and take care of their bodies and not learn to start body shaming themselves.

No Dessert Until Your Plate is Clean

I’m sooooooo guilty of this. I may not have made that “soooooooo” long enough. It’s much easier to get kids to eat, when they have dessert as a reward. But it’s not a great thing to say because it really diminishes the value of the meal. Experts say it’s far more beneficial to say, “You can have dessert once you’ve tried everything on your plate” or “First we finish our meal, then we have dessert.” It’s a minor difference but it has a more positive impact.

Clinical Psychologist Dr. Alissa Sheldon says comments like, “Finish your veggies and then you can have a cookie” may also present issues over time. Sheldon says, “This conditional statement lets the child feel that the required behavior is optional or open to discussion. So, the well-intentioned mom or dad may have inadvertently opened up the door to an ongoing pattern.”

Avoiding These Phrases in Real Life

Okay, now we know some of the phrases to try to avoid but can we really make it happen? Experts say, absolutely. It just takes some practice. They recommend trying to remember what it has felt like when you had a toxic boss or constantly received negative criticism from someone.  It didn’t feel good, right?

McCready, author and founder of Positive Parenting Solutions writes that our children hear 432 negative comments or words per day versus 32 positive ones (Source: K. Kvols, Redirecting Children’s Behavior).  “If 93% of the feedback you received during the day were negative, you would likely feel discouraged. That’s how our kids feel.”

Silver of Proactive Parenting says we need to disengage from automatic parenting. She says, “Parents have to realize the huge impact they have on their child’s self image. One way to change the way you speak to your children is to routinely stop, and take a breath, before speaking.

As for me, I’m making a concerted effort to stop with the “Stop it!” I succeed about 80% of the time. And I’m using  a whole lot more “do” commands instead of “don’t” when I’m trying to redirect my children towards more positive behaviors.

So far my kids seem super grateful about the changes I’ve made.

Oh, just kidding. They’re just grateful for candy. But I know that the way I speak to them affects them and how I feel about myself as a parent. And we are moving in the right, more positive direction.

Hello, I respectfully disaggree with some of the statements around the food/meal section. Ellyn Satter the “Satter method” encourages a division of responsibility around food that isn’t reflected in these statements. However other articles on this site are well informed on this. What do other readers who are using the Satter method suggest instead of “you must try a bite of everything”? Thanks

The point about “be careful” is really useful info. Thanks