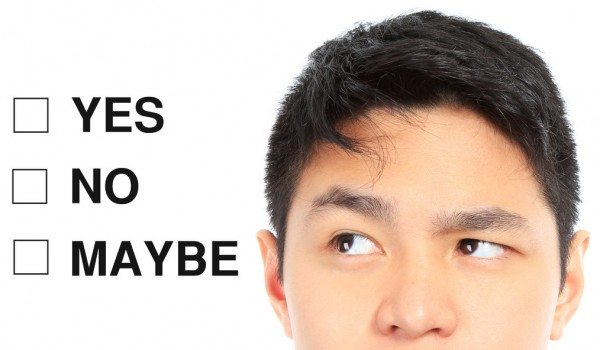 The Unbearable Rightness Of Being

We’ve been working on social skills with my youngest his entire life, it seems like. He’s tender-hearted, that one, and and his frequent tone-deafness when it comes to interacting with others is a source of anxiety for him. This is the kid I point to whenever I hear someone insist that autistics lack empathy; lacking the ability to read other people easily is not the same as not caring about their feelings. Even a gentle, “Honey, that was rude,” can cause him to crumple. He wants to move with confidence through social spaces, and it’s just hard for him.

My daughter, on the other hand, is a social enigma. In an unfamiliar situation, she’s all shuffling feet, downcast eyes, and shyness. In environs where she feels comfortable, though, she’s brash and unapologetic, opinionated and stubborn to the point of madness. (That would be the madness to which anyone dealing with her may be driven, that is. She seems to enjoy it.) On the surface, you’d think two kids couldn’t be more different in their social dealings. And yet, as we face down the teen years, it turns out that my kids have one very important—and difficult—thing in common.

Around here, we call it the Overdeveloped Sense Of Moral Justice. In layman’s terms, it’s all about being right.

Look; everyone prefers to be right, so it’s not as though I’m saying this is some sort of alien proclivity. When you know you’re right, you want your rightness to be accepted as The Truth. That’s the way it should be; that’s a normal preference to have. What I’m talking about here is a certain, shall we say, inflexibility when it comes to that sense of rightness. I’m talking about my parenting life including a lot of deep breathing, internal counting to ten, and a calm repetition of the phrase, “Is this really the hill you want to die on?”

Some of this can be attributed to autism, sure, because autism tends to bring a lot of black and white thinking to the table. Some of this can be attributed to the mystery and joy that is the modern teenager, because I have yet to meet a teen who wasn’t convinced she was right about everything. And let’s be perfectly honest: some of this is simply personality. My headstrong little apples didn’t fall that far from their stubborn parental trees. I’ll be the first to admit that graceful concession is a learned skill, and something I continue to work on even now.

It’s nice to be right. And certainly there are times when being right is the most important end-goal—if you were on trial for a murder you didn’t commit, getting the jury to understand the rightness of your position would be the only thing that mattered. But in everyday life, there’s a lot of gray, and not a lot of absolutes. Sometimes being right comes with a high cost, and the reasonable thing is to give up being right in favor of other, more pressing, concerns. I know plenty of adults who still struggle with this, so it’s no surprise that it’s such a challenge for my kids.

Working on this with them often feels like a slow slog, but I try to stick to the script:

Being right doesn’t excuse being mean

I don’t care how wrong the other person is, there’s never a good reason to ridicule, belittle, or otherwise be unkind to someone else. No, son, not even if they’re being really dumb. No, darling daughter, not even if they were mean to you first. You can correct someone with kindness (say, while helping them with math). Barring that, you can state your case and then remove yourself from a situation before you’re tempted to give in to vitriol (say, when a friend is spreading a rumor about you). People care a lot less about the message when it’s delivered in an off-putting way. Want your truth to be honored? Make sure it’s not obnoxious. Obnoxious not only reflects poorly on you, it’s easy to dismiss.

Try to see the big picture

A common piece of advice I see about decision-making or worrying is to ask yourself, “Will this matter in a month? A year? Five years?” Most teens are myopic and this-moment-is-everything by nature, so asking them to think into the future like that may not work. But asking them to take someone else’s point of view might. Ditto for asking them to think about, say, their entire class or group in terms of how this one thing can impact how they proceed. So, sure, maybe you’re right and she was wrong, but with no one willing to concede, progress is halted for everyone. What do you lose by being the bigger person and saying, “Okay, let’s agree to disagree and move on” in that circumstance? What might you gain by apologizing/conceding, even if you don’t totally agree? With judicious assessment of a given situation, it may well be that what people remember is your good graces rather than who was “right.”

Giving in doesn’t make you a pushover

Years of striving to raise confident children who won’t cave to peer pressure or otherwise be pushed around can backfire, it seems. My kids have confidence, alright—they’re confident that they are right and you are wrong and you need to see the error of your ways. Again, sometimes there really is a “right” and a “wrong” and errors must be corrected. But so much of life is about opinions and nuances and the fact that none of us is an island; sometimes being right is less important than being kind, sometimes your “right” isn’t going to be everyone else’s “right,” and sometimes letting things go for the sake of keeping the peace or moving on is the braver choice. It’s possible to have the courage of your convictions without dying on every single hill. (What’s that expression? Something about how you don’t have to RSVP to every argument you’re invited to…?)

There are always going to be relationships in our lives where the balance of power is unequal. You can’t correct a teacher or a boss the same way you would a peer (not if you value your grade or your job, that is). This may feel unfair. Maybe it is. It’s also the reality, and the sooner you accept that, the less aggravated you’ll be. Furthermore, sometimes you’ll choose your hill because it’s that important to you, and there will be unanticipated negative consequences. Once again, it feels unfair, but that’s life.

It’s not always about you

I think it’s human nature to feel dismissed as a whole person when you feel strongly about an issue and others disagree. As adults, most of us have learned not to take everything personally, but for teens, whose self-image is in this bizarre period of rapid evolution, having their truth negated can feel like complete rejection. As much as I may tease my kids about being drama llamas, it’s hard, this constantly putting yourself out there and finding out that not everyone welcomes you with open arms. The key to surviving is remembering that people think a lot less about you than you assume, and rejection of something you said or did is not denial of your worth as a person.

If you disagree with some of this, I’m okay with that—I don’t always have to be right, after all.

More on Parenting from Alpha Mom: