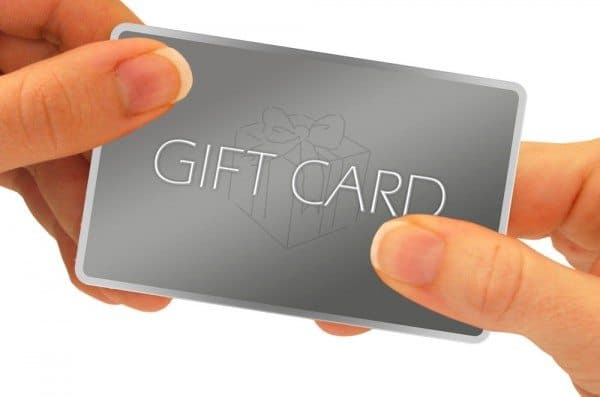 To Bribe Or Not To Bribe, That Is The Question

Here’s my Q: How come bribing seems to work so well but feels so icky? Do the short term benefits outweigh the long term moral harm (if any… or is it actually okay)? I’m talking about trading Starbucks for chores, homework, everything.

I love this question so much, because who among us hasn’t had that lightbulb parenting moment where we become convinced we are simply extorting our way to better behavior, and—on the heels of that—fear that we’re the only ones?

The short and incomplete yet mostly true, to my mind, answer, is this: Bribery isn’t harmful. Sure, there’s a matter of degrees involved, but human all living creatures are reward-motivated. It’s part of our biology to ask “What’s in it for me?” at some level. Sure, the older and more altruistic we become, the more likely that process is to do a quick calculation and determine that “pride in a job well-done” or “this has to happen to keep life running smoothly” or “making the people I love happy” is reason enough to complete an otherwise yawn-worthy task like unloading the dishwasher. (Is the dishwasher Custer’s Last Laziness Stand in your house like it is in mine? No? Um. Never mind.) [Note: My intrepid editor, Isabel, pointed out to me that in behavioral parlance, a “bribe” is a reward given before the desired behavior, whereas an “incentive” is a reward promised for after the desired behavior. I am assuming Kate is using the term bribe to actually mean incentive, and it is those incentives (“If you do this, I will give you this…”) I’m discussing. In general I would discourage ponying up rewards ahead of action.]

Children and teenagers, however, are more selfish by design. That whole “What’s in it for me?” refrain (unspoken or not) is part of how they figure out their place in the world. An explanation of all you do for them on a daily basis may fly right over their heads, because you’re Mom, you love that stuff! It can be hard for them to really get the ways in which most functional adults do certain things simply because they need to be done, not because they love chores.

So the long answer is this: Setting expectations and consequences up front goes a long way towards eliminating unexpected power struggles and unplanned-for incentives. And that means… it’s Family Meeting time. Every family will handle this in their own way, of course, but the common approach I would encourage involves a few things:

Let’s go back to the “agreement” part of this. Obviously buy-in is increased when your kid thinks you’re being reasonable or even generous, but at the end of the day, you’re the parent and if you have a reasonable-by-any-measure set of expectations against which your kid chafes, too bad, so sad! Your job is to find a way to make it palatable enough to get that buy-in, sure, but it’s not your job to make their lives a non-stop carnival. I don’t have a problem with occasional bonus incentives (or more frequent smallish incentives; not all bribery is created equal), but the ultimate goal here is twofold: First, you want to get your expectations met; second, you want to set your child up for the intrinsic motivation to do the right thing. That second part is where it gets tricky.

Bribery is positive reinforcement; that’s why it works. Positive reinforcement is a great way to bend any living creature to your will. I think a lot of people get confused about the difference between negative reinforcement and punishment, though. (If you like, this 2-minute Psychology In The Fastlane video is a great explanation.) In short, punishment is designed to decrease a behavior, whereas negative reinforcement is designed to increase a behavior. The trick here is to find good reinforcers—both positive and negative—rather than to simply drop the hammer every time you encounter poor behavior (or, alternatively, to leap to bribery as your solution). So, for example, now that my daughter is driving, meeting her responsibilities means I’m likely to let her borrow the car (positive reinforcement). What’s more, we’re talking about expectations moving into the school year about what needs to happen for the car to continue to be available to her, and even what might need to happen for us to contribute towards a car of her own once she graduates (increase in positive behaviors from her = decrease in my control over her driving = increase in car likelihood for her without costing as much of her own money = negative reinforcement). So, to use your example, if you’re currently offering Starbucks in return for chores, maybe it’s time to substitute negative reinforcement for positive; instead, maybe, the cell phone is not removed from its overnight dock until chores are completed. This is negative reinforcement: you are increasing a behavior to avoid the thing they don’t want (lack of connectivity). Some people hook chores to allowance, or bedtimes, or curfew (positive reinforcements; do more, get more). Some people hook chores to what the parent does for the kid, so maybe lack of chores means your laundry doesn’t get done or your lunch doesn’t get made (negative reinforcements; do more, avoid getting less).

If you’re into a life of unclear expectations and/or bribery pretty deep, even if you follow these steps to the letter, you’re going to get some pushback and noncompliance, to start. And you may need to ease out of old habits—maybe there’s Starbucks on Saturday for a week of (cheerful!) chore compliance. Rome wasn’t built in a day, and all of that.

Now. All of that said? I absolutely offer incentives to my kids for out-of-the-ordinary tasks outside of our regular family agreement now and then, sure. When they help with large projects above and beyond their regular chores, I pay them (positive reinforcement). But we’re at a point now where they often agree to help before I even offer payment (maybe because they know I’ll pay up, but maybe because they’re turning into helpful humans?), so I’m calling it a win. And—this is absolutely a personal sticking point built upon my own baggage and I acknowledge that—I never, ever reward my kids for grades. I get that very few people love, say, scrubbing grout, but learning and succeeding in school should be its own reward, and I am very wary of eroding or interfering in that process in any way. (Why yes, I was rewarded for good grades and punished for poor ones as a kid. No, I had no earthly idea what to do with myself when I got to college other than to assume that anything less than straight As meant I was a failure as a human being. So. Yeah.)

Get a system in place that everyone can buy in to, one which has intrinsic reinforcers built on privileges rather than cash and baubles. And one last thing: Everyone thrives on gratitude. Just because it’s an expectation doesn’t mean you can’t be grateful for it; a simple, “Thanks for getting that done without complaining, I really appreciate it,” helps build their intrinsic motivation and (bonus!) strengthens family bonds. It’s better than Starbucks, I promise.