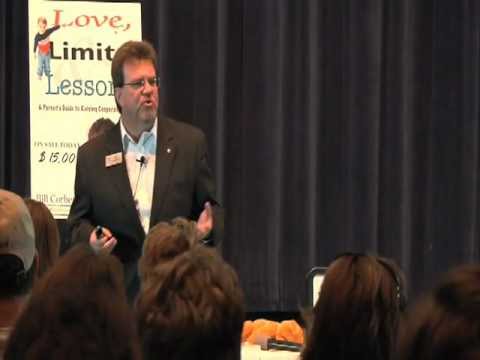 I could write a book—scratch that, several books—about the journey my family has been on for the last eighteen months or so. When you have a teenager with mental health issues, life takes turns you never imagined, and anyone who tells you that one struggling child doesn’t affect the entire family is lying. My 15-year-old daughter is still learning to make peace with her own brain and body and place in this world. I would fight her battles for her and take her pain away if I could, but of course I can’t.

Mental health treatment for a minor becomes a family affair in very short order. Outpatient, inpatient; either way, at some point (or several points; it’s like some twisted psychiatric version of Groundhog Day) one or more people with lots of letters after their name turns to you, the parent, and wants to talk about your role in the current state of affairs. (This is a good time to grow a very thick skin, because it’s not as though you weren’t already secretly terrified that your child’s difficulties were somehow all your fault.) Chances are that regardless of your fitness as a parent during times of normalcy, you’ll need help providing the kind of parenting your child really needs in times of crisis.

In our particular case, without getting too much into specifics, I can assure you that as my daughter began to struggle, I first kicked into fix-it mode—the more trouble she had, the more I tried to love her out of it (spoiler: that doesn’t work) and arrange the world in a way that would be easier for her. Then we moved on to treatment mode—I will get you help and everything will be fine!—and during that time, various family therapies focused on us all learning that she could, and would, find her own way. This led to my daughter moving in with her father for a while (yeah, that’s another story), and when she returned home, it was to a lot of rules. Failure to comply with rules met with immediate consequences like loss of cell phone or computer access for a day.

It worked… sort of. It worked for a while, and then it didn’t. As my daughter started struggling again, every rule and consequence became a protracted power struggle. Everyone was miserable. So her therapist gave me a CD called Creating Cooperative Kids. I may have rolled my eyes. My kid is fifteen, not a toddler. And it’s not like she’s a delinquent or anything; she’s a very sensitive teenager who happens to have more than her fair share of challenges and happens to be convinced that her parents are big meanies. Was a CD was somehow going to change things for us?

I listened to the whole hour (as directed). Here’s some excerpts if you’re interested:

The upshot is simple: We want our children to learn to behave in ways that encourage cooperation from those around them, because that gives them the best shot at being happy humans in the world. “Do this because I said so” or “Do this because otherwise you’ll be punished” are directives that may work, but for some kids—kids like my daughter, for instance—they don’t work at all, and for others they’ll work in the short-term, but you still have a kid who lacks a basic internal motivation to do things because they’re simply the right thing to do. The system that this parenting guy Bill Corbett outlines calls for concrete steps towards cultivating this internal motivation. You outline expectations, make the kid repeat them back to you so you know they understand, and then you shut up and see what happens. Failure to meet expectations can be dealt with in one of two ways; either do nothing (oh, can you picture all the cringing I did while listening to this? do nothing??), or if you’re dealing with something that really needs to be addressed—say a mess is left in a common area of the house and you really want it picked up—you merely place a “loving, guiding hand” on the child’s back to steer them to the scene of the crime and stay completely silent. Kids are smart and bringing them to their unfinished task is all the reminder they’ll need (once they’re done going, “Mom? Mom! What?? Where are we going?”).

Stuck on that “do nothing” reaction? That one is crafty. Say the expectation is that my daughter will walk the dog every day after school, and say she chooses not to do it for a whole week. I say nothing. (I then die, privately, a hundred times over, because saying nothing is so crazy-making for me that it only took a day to realize how much badgering I used to engage in as a matter of course. Silence is hard. The good thing about talking less is that when you do talk, they listen more. Bonus!) But! Let’s say that after a week she asks to go out for ice cream with her friends. I am to look very contemplative and slightly disappointed, and reply with something like, “That sounds like you’re needing my cooperation to drive you for ice cream. But I’m feeling like you weren’t all that cooperative this week, so I don’t feel like I can do that. I’m sorry, honey. Ask me again next week.”

I’m not going to lie; I listened to this CD and first I thought it was crazy. Then I thought Corbett was crazy like a fox, but only for parents with little kids, or typical kids. After my initial righteous indignation I resolved to try it, even if only to prove to the therapist that this could never work with my headstrong teen.

We committed. We no longer take away the cell phone. Leisure computer usage is limited to a single hour per day (via parental controls, so we don’t need to keep tabs and there’s no way for her to “cheat”) to eliminate the possibility of endless time lost to “Facebook suck.” Late to bed no longer results in earlier bedtime the next night. I do not police homework. I smile, I tell her I love her, and I do not scold or correct or nag. The “loving, guiding hand” is sometimes an arm-tug to get her off the couch, but it seems to work. “Oh, I’m sorry, I forgot to clean up my mess. I’ll do that now.”

She had broken every single rule by day 3, clearly loving the new freedom. And then she brought up a school event she wants to attend. “Huh, sounds like you’re going to need my cooperation for that,” I observed. Her face changed. (I resisted the urge to yell, “Gotcha!”) Shortly after that conversation, I found her doing laundry and homework. Interesting.

It’s still early, but… I’m seeing glimmers of self-motivation. And quieter me is (surprise!) a much more pleasant person to be around. Magic solution? No. More cooperation? I think so. And I’ll take it.